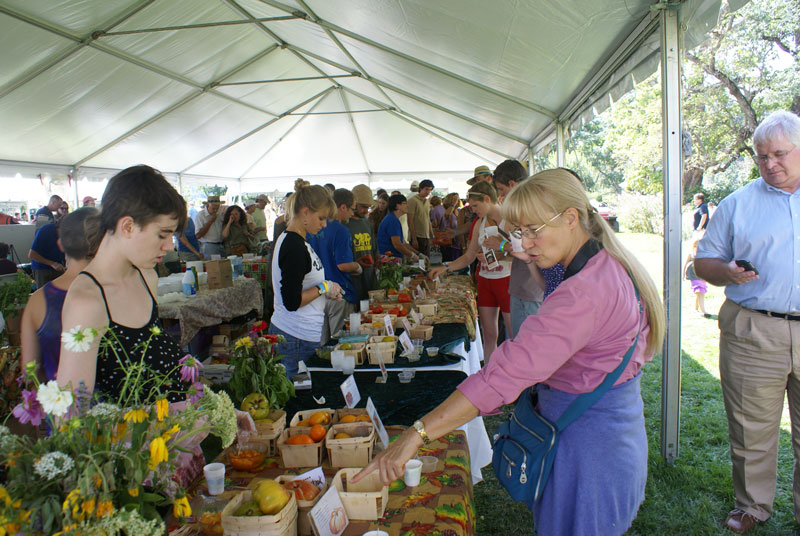 Ira Wallace of the Southern Exposure Seed Exchange had the idea for the Heritage Harvest Festival seven years ago. She set up the partnership between Southern Exposure and Monticello in 2007, motivated by “a feeling.”

“The first Festival was a celebration of the growing interest in preserving our food heritage, and sustainable agriculture,” Wallace said. “I had a feeling that it mattered to a lot of people in our region.”

“The things we hoped for at the beginning have blossomed and expanded,” she added.

Vendors from the inaugural year are still coming back too.  Charlotte Shelton of the Albemarle CiderWorks has had a booth at the festival each year.

“The festival puts a showcase on local producers,” Shelton said. “We know about the history of the apples we are using, and the festival is a celebration of that idea.”

Legacies of Thomas Jefferson pop up in all aspects of the festival. Albemarle CiderWorks offers a cider made from the Virginia Hewes Crab apple, a variety that Jefferson dedicated a large portion of his own orchard to. 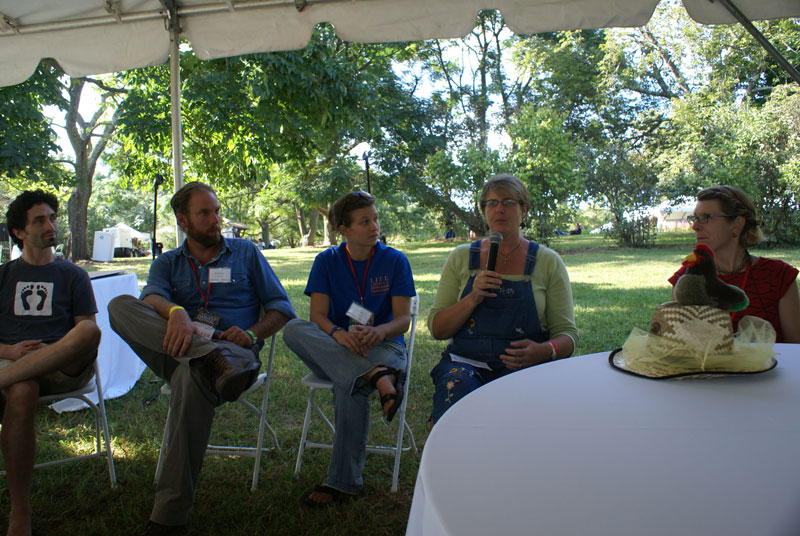 While maintaining the spotlight on heritage and history, the festival has grown to include much that is new. This was the second year of the “Farmer’s Tent” which involved individuals from Glean Acres farm in Madison, Smith Meadows farm in Berryville, and the Allegheny Mountain School, a farming fellowship program in Monterey.

“We wanted to involve the whole community of people who care about these things; and certainly farmers are very involved in this sustainable agriculture,” Wallace said. “We started the Farmers Tent to allow a space to encourage and educate farmers as well as gardeners. The opportunity for farmer’s to network and share knowledge here has been tremendous.”

The Central Virginia Master Gardeners are an organization that promote education of sustainable horticulture, and were among the original volunteers at the Heritage Harvest Festival in 2007. Master Gardner Jack Wimer has attended every year and says he has personally noticed the growth in scope of the festival.

“People have become more interested in sustainability, gardening, and organics,” Wimer said. “For the first year, we have an entire program for growing your own herbs. We never had that before, but this event has promoted this.”

It is the interest of the attendees that gets the programs started and keeps the Festival running.

“Vendors and presenters are happy and enjoy being here because they are among people who care about what they are doing,” Wallace said.  “It’s amazing.”