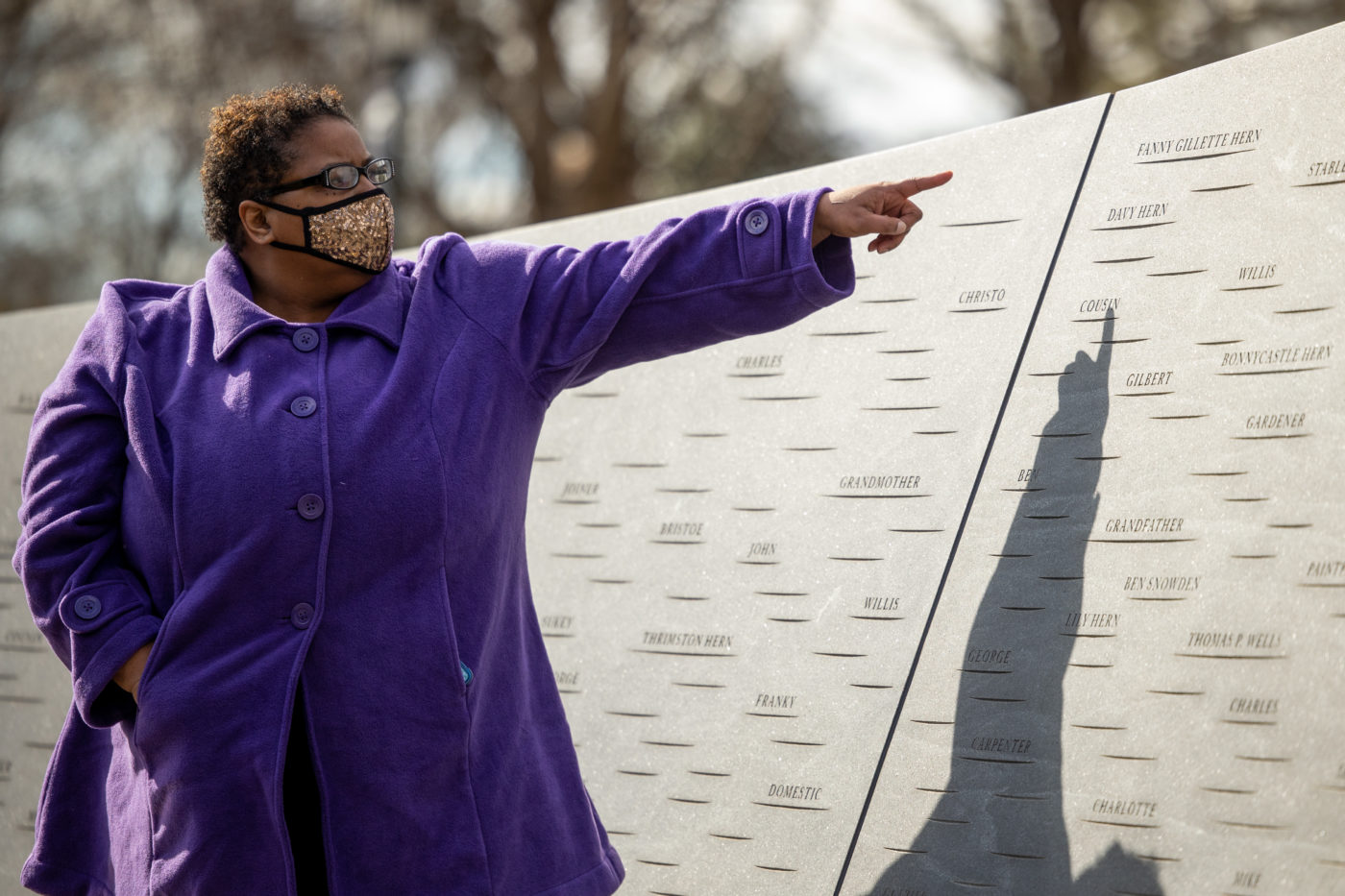 Myra Anderson, whose Hern family ancestors were enslaved at Monticello, points Tuesday to the names of family members recently inscribed on the University of Virginia Memorial to Enslaved Laborers.

In 1826, months after Thomas Jefferson died, the Rotunda at the University of Virginia was completed. A memorial just east of the Rotunda was dedicated 194 years later in remembrance of the enslaved laborers who built it. On Tuesday, five names were added.

Myra Anderson, a descendant of enslaved laborers who built the University of Virginia, has been working for more than a year to join the names of her ancestors to the thousands of others that cover the 8-foot wall of the Memorial to Enslaved Laborers.

“This process of going back and forth with UVA officials incredibly confusing and frustrating,” Anderson said in a statement. “At times I really wanted to give up the fight, but my DNA wouldn’t let me. For well over a year now, I’ve been hoping and praying for this day.”

“What it means to me is bringing dignity and humanity to my enslaved ancestors who were here,” Anderson said. “The names give a true and accurate account of what happened here.”

Anderson was accompanied by other members of her family at a private dedication for the addition of their ancestors’ names. There was to be a public dedication of the memorial in April 2020, but it was canceled due to the COVID-19 pandemic. It has not yet been rescheduled.

Moving forward, Anderson is glad that people will see the names and know the story of the estimated 5,000 enslaved people who worked at the university from 1817 until the end of the Civil War in 1865.

“I actually would like to write a children’s book about my experience of getting my ancestors names on the wall and their connection to the University of Virginia, so that’s my next step,” Anderson said.

“The process was very long, [but] it’s nothing compared to what my ancestors endured here,” she said.