High on the Hog: Charlottesville Native Surprises Community with Feature in Netflix Documentary 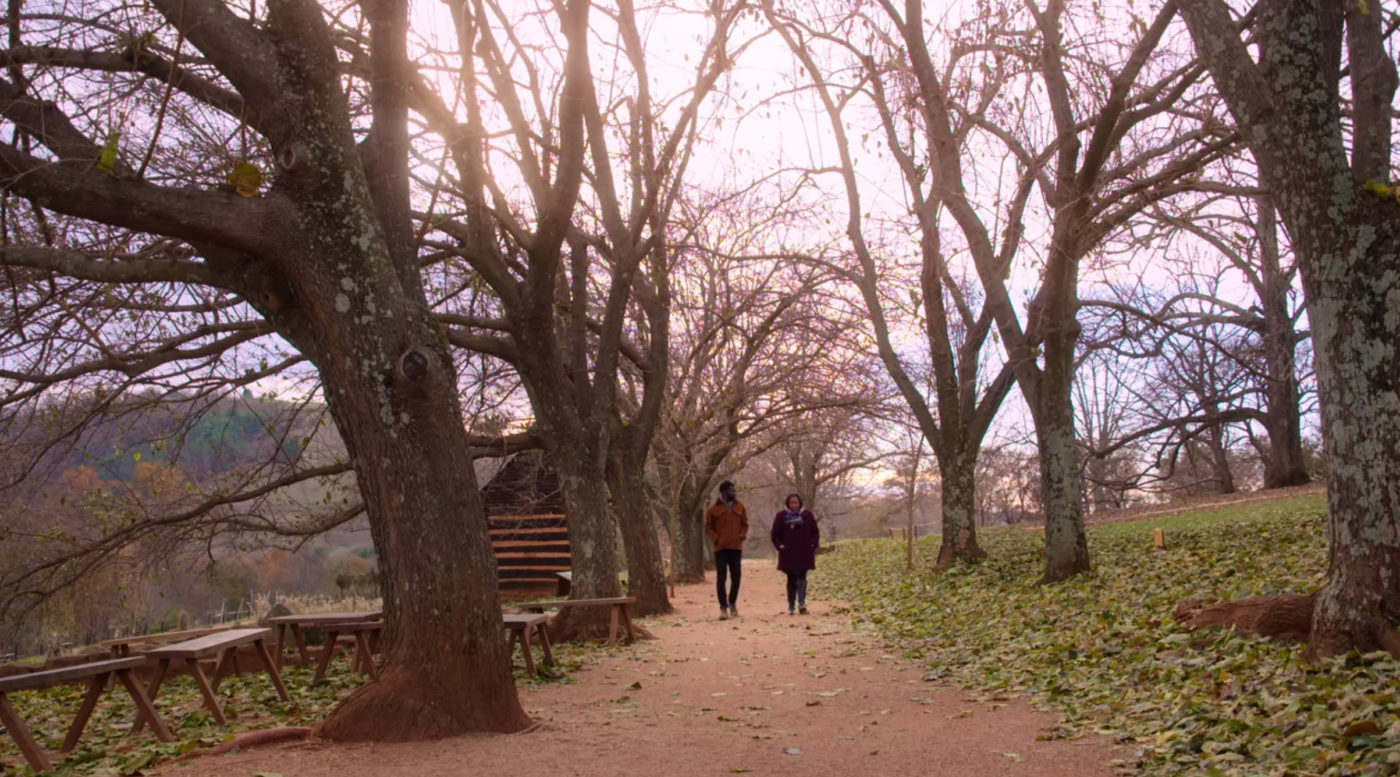 In late May Netflix released a limited series entitled High on the Hog. The series explores African American culinary history and its influence on modern day food. As the docuseries gained popularity, Charlottesville area residents were surprised to see a familiar face: Niya Bates.

Bates, who worked at Monticello as the Director of African American History at the time of filming, was featured in the third episode entitled “Our Founding Fathers”.

In 2019, Niya was contacted by series producer, Shoshana Guy who was interested in telling the story of James Hemmings and the cuisine at Monticello. Bates was eager to participate in the project from the onset as she was drawn to the idea of sharing the power and influence of Black chefs and caterers, the unsung heroes in American cuisine and food history.

From the Covid-19 pandemic to civil unrest, many events have transpired since the time of filming. When the trailer premiered, Niya shared the project within her social circles, not expecting to see herself featured.

“Because we recorded in 2019, I had actually forgotten I was in it,” Niya recalled with a chuckle. “I was sharing it with family and friends like hey when this documentary comes out you need to watch it, and then a few days later I was contacted by the production team and reminded that I’m actually in this one.”

This is the first major project that Niya’s family and friends have had the opportunity to catch a glimpse of her as a historian. On social media, Niya’s friends shared their excitement for her feature and embraced the overall docuseries with a warm reception.

In the episode, Niya unpacks what life might have been like for James Hemmings. If that name sounds familiar, it’s because James is the older brother of Sally Hemmings, an enslaved woman who bore Thomas Jefferson’s children.

James Hemmings, referred to as Jamie by Thomas Jefferson, was an enslaved chef from Virginia. James was required to travel to Paris with Jefferson to receive culinary training. While in Paris, Hemmings learned to speak French and brought back culinary skills that he would later incorporate in his recipes. One of those recipes changed the way many cook macaroni and cheese as Hemmings boiled macaroni noodles in milk instead of water, providing for a creamier texture.

“Mac and cheese is a staple in my family. You can’t go to a Black family gathering and not have mac and cheese,” Niya said. “To know that someone Black is responsible for making that happen, for bringing that dish back from France and for sharing it with so many visitors to Monticello, making it an American staple, is powerful.”

Although the project was well thought out and organized, not every important piece of information made it into the documentary.  There were significant elements left on the cutting room floor. The stories of the women of Monticello such as Edith Hern Fossett and Frances Gillette were not shared in the final project. These women were also trained chefs that were instrumental in carrying on the legacy of fine dining. Niya believes this omission to be a missed opportunity.

“The emphasis on James Hemmings is necessary, he is an overlooked person in the history of Black food and American cuisine. But we can talk about James and elevate James Hemmings while also talking about Edith Hern Fossett and Frances Gillette,” Niya said.

“It’s really their families who carried this tradition forward of cooking and catering. Edith Fossett’s son, Peter upon gaining his freedom, becomes a caterer in Ohio and continues to cook many of the same recipes.”

“Our contributions to American cuisine and fine dining have been downplayed and overlooked because of slavery and the history of slavery,” Niya said.  “Even in the way that people talk about enslaved chefs, where they refer to them as cooks instead of chefs. Even though they’ve trained for years to prepare these recipes and to serve these meals, is indicative of the ways that we’ve minimized Black contributions to food history.”

Niya hopes viewers will appreciate how important Black people and Black culture have been to American food history and that they will be inspired and empowered to carry that history forward. She also encourages viewers to take pride in their family recipes and to learn how to cook in the ways that our African American ancestors did.

High on the Hog is currently streaming on Netflix.