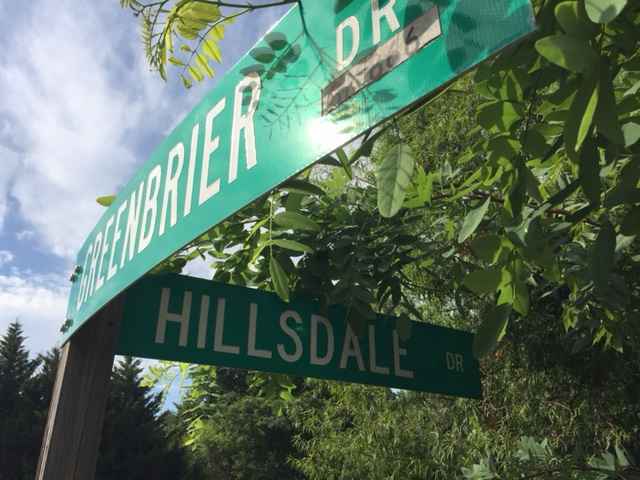 The Charlottesville City Council has agreed to appropriate $15.3 million in federal and state funding to purchase property for the extension of Hillsdale Drive.

However, a key milestone in the project’s timeline has been delayed by six months. A road construction project technically begins when the Virginia Department of Transportation advertises it for bids.

VDOT officials had hoped the Hillsdale project could be advertised in December, but city officials said they cannot meet that milestone.

“The new ad date at this point is June 2016,” said Chris Engel, the city’s economic development director, at a meeting last week of the Route 29 Solutions Project Delivery Advisory Panel.

“We’re continuing to push the consultant to move that forward, some of which is contingent on right of way,” Engel said, adding that the firm McCormick Taylor does not anticipate that will change the expected completion date of October 2017.

The city is managing the Hillsdale extension separately from the other U.S. 29 projects. A single contract was advertised for the grade-separated interchange at Rio Road and U.S. 29, the widening of U.S. 29 between Polo Grounds Road and Hollymead Town Center and the extension of Berkmar Drive.

Those three projects were advertised in October and a $116.7 million contract was awarded to the Lane Corman joint venture. Work has begun on the widening and the intersection. A separate project to add a lane to the westbound on-ramp from Emmet Street to U.S. 29 also is underway.

But news of the delay in the Hillsdale advertisement has made the man overseeing the Route29 Solutions projects nervous.

“I don’t want to set an ad date that inspires the wrong [completion] date but I sure would like to see the [ad date] in the first quarter of 2016,” said Philip Shucet, a former VDOT commissioner. “I would like to investigate every way of making that happen and be as supportive as possible.”

The website for the project states that construction will begin in April.

The project advisory group had discussed the possibility of a delay at its Sept. 21 meeting but no representatives from the city were present.

The council was not told of the possibility of a delay when Jeanette Janiczek, the city’s Urban Construction Initiative manager, briefed the body at a public hearing for the appropriation Sept. 21.

On that night, Janiczek said construction would begin in “the summer of 2016.”

City and VDOT officials are expected to meet Oct. 12 to further discuss the project.

At Monday’s council meeting, City Manager Maurice Jones said the project will be completed on time.

“We’re still going through the right of way acquisition and it’s taking longer than we expected but we expect the completion date to stay the same,” Jones said. He said they will try to advertise the project faster if possible.

Another issue with the 0.85-mile extension of Hillsdale is its intersection with Greenbrier Drive. Albemarle County officials and nearby residents had expected it to be controlled with a traffic signal, but VDOT has said projected traffic volumes so far do not meet the agency’s guidelines for installing one.

“I would expect it’s more likely that a two-way stop will operate there,” said Joel DeNunzio, the administrator of VDOT’s Charlottesville office.

A final decision on whether to install the traffic signal now has not yet been made, but Shucet is recommending that the infrastructure for one be installed during initial construction.

“It’s the stuff that’s underground, the components, the conduit, the junction boxes and the pole foundations that would all have to be in place for the eventual placement of a signal,” Shucet said.

The Hillsdale project has been in development for more than 10 years and a traffic signal has always been depicted at the intersection. However, an engineering analysis was not performed until recently.

Albemarle Supervisor Brad Sheffield said he was disappointed and reminded the group that many of the neighbors oppose the stop signs.

“For [several] years, the public has been told a signal was needed there and now we’re saying it’s not, and that’s not going to settle well with the public,” said Sheffield, who is the executive director of JAUNT, a paratransit service whose clients include many seniors in the Hillsdale area.

In August, supervisors made a formal request that VDOT do all it could to install a traffic signal there.

But the engineering analysis currently shows that a signal will not be needed until 2038.

“The bigger issue is not the ‘if’ so much as the ‘when’ these warrants might be met,” Shucet said.

Another member of the project delivery advisory panel suggested conditions may change quickly as people begin to use the new road.

“The problem is that nobody knows exactly how that traffic is going to flow,” said Henry Weinschenk. “Once you have through-traffic on Hillsdale, I wonder how much traffic will actually be left on Greenbrier.”