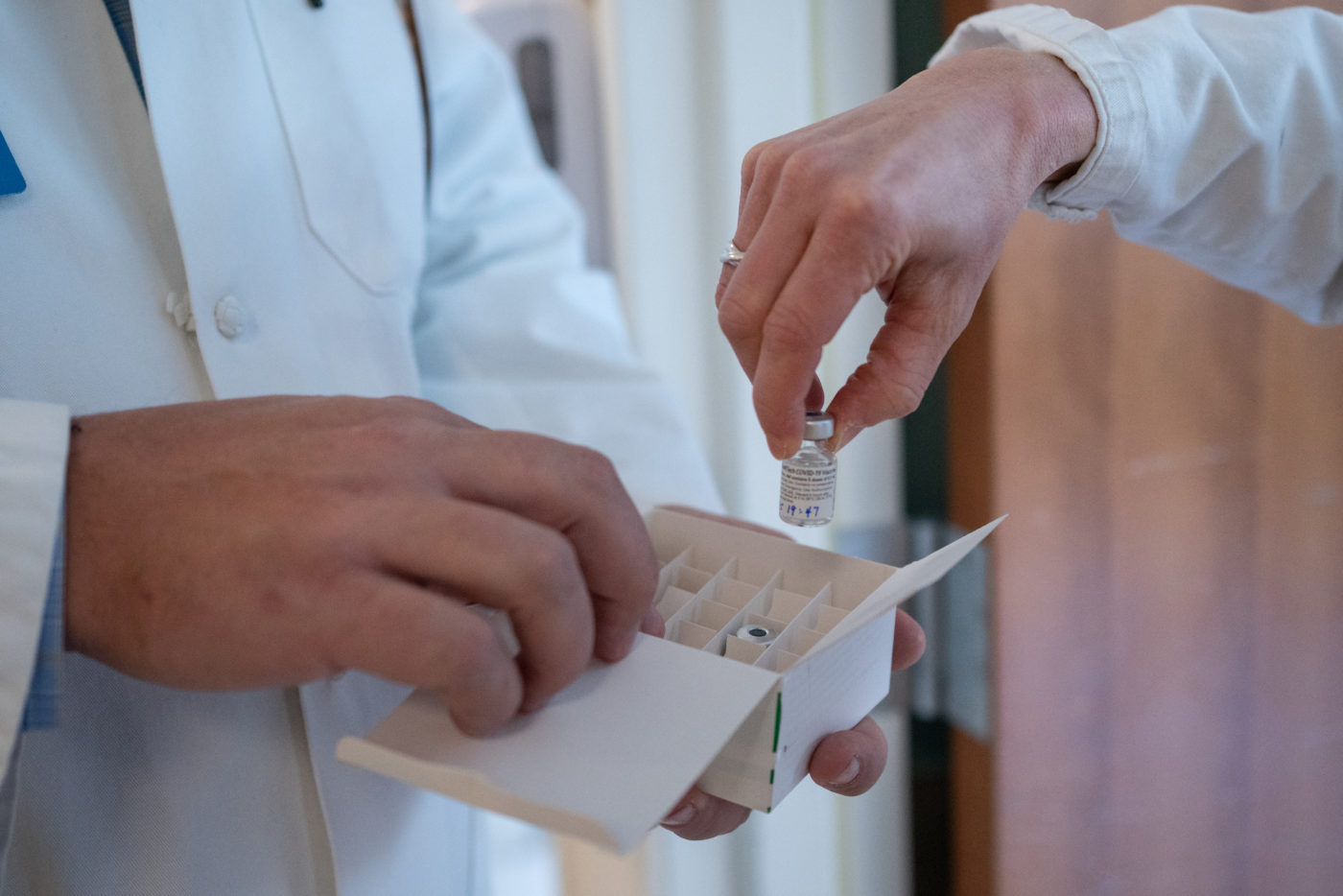 First box of vials of vaccine given at UVA Health.

Holiday gatherings have Charlottesville’s COVID-19 cases spiking to their highest sustained levels since the pandemic began some nine months ago.

The Blue Ridge Health District (formerly the Thomas Jefferson Health District) as a whole is faring slightly worse, with new cases at nearly 650 per 100,000 people.

“The big picture is our numbers are increasing,” said Kathryn Goodman, a spokeswoman for the BRHD. “It’s heavily due to social gatherings and family get-togethers.”

The trend began shortly after Thanksgiving, she said. About a week after the holiday, local numbers were rising — and they haven’t stopped since. Now, two weeks after Christmas, the rate is even more stark.

In all likelihood, it will get worse.

A model created by researchers at the University of Virginia’s Biocomplexity Institute predicts local numbers will continue to rise until the end of February. The forecast predicts that on the week of Feb. 21, Charlottesville will see 1,259 new confirmed cases.

“In Charlottesville, cases are growing,” the researchers wrote. “However, viruses are difficult to forecast and this is just one potential path. One outbreak — or one outbreak avoided — can set us down a very different path. The future course of COVID-19 depends on all of us.”

The problem right now is people continue to gather indoors with family or friends, Goodman said. Even small gatherings are leading to new cases.

“Social gatherings are a leading factor in community spread,” Goodman said. “The winter makes it tough because people are gathering indoors more because it is cold. And, unfortunately, Christmas wasn’t the best weather this year, so it’s likely a lot of folks were indoors together.”

Despite the rapid, and continued, increase in cases, Charlottesville’s numbers are still lower than most places in the state, Goodman said.

Statewide, the average number of new cases per 100,000 people over the last two weeks was nearly 790.

“We’d like to attribute that partly to our contact tracing, and many other mitigation strategies that people are following,” Goodman said. Those are things like wearing masks around people you don’t live with, avoiding or limiting the sizes of gatherings and staying at least 6 feet apart. “It is still important for us locally to keep doing those things.”