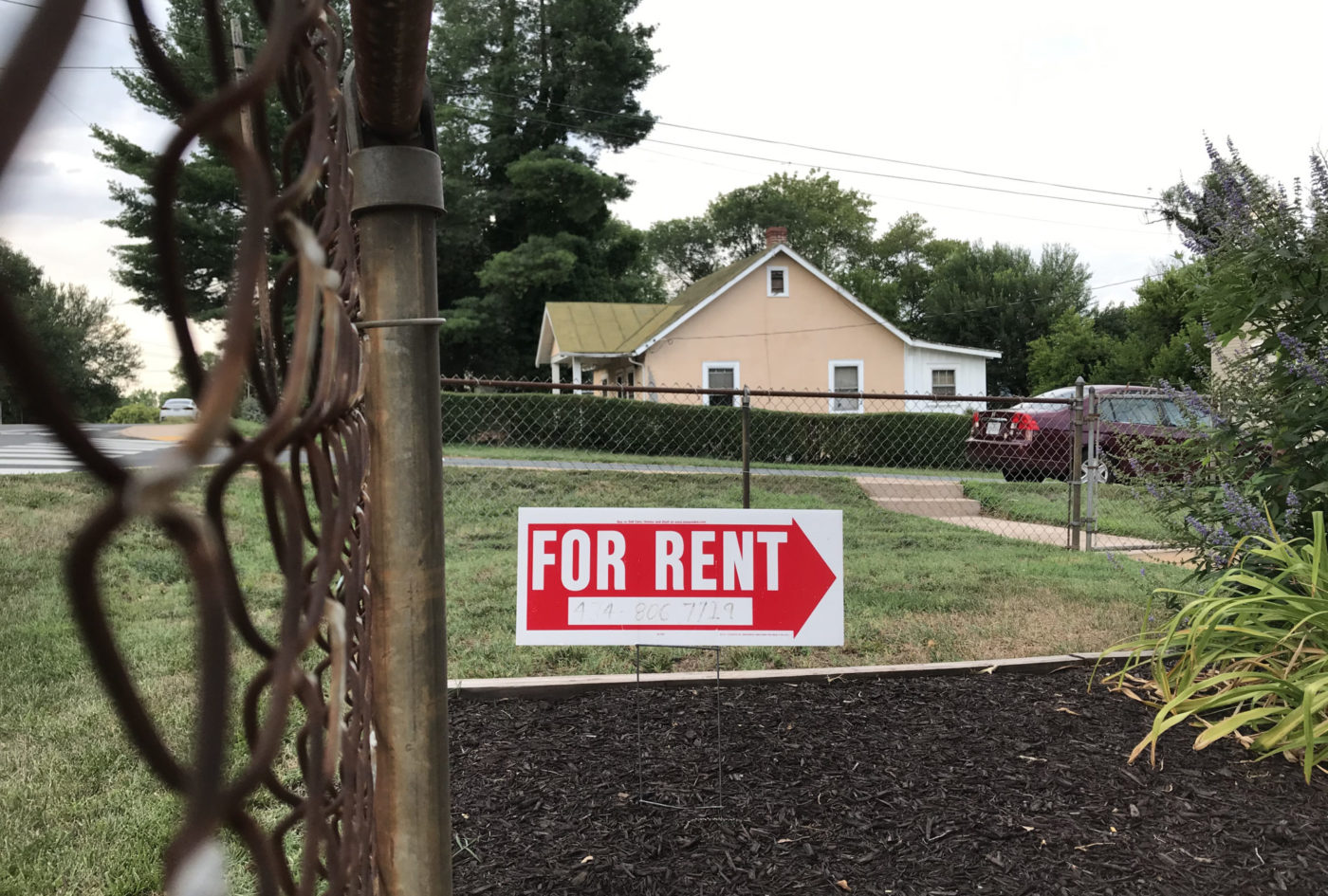 Note: We understand that some of the terminology surrounding housing discussions can be confusing. That’s why we’ve put together an equity glossary as a reference, should you need it while you read.

As Charlottesville and Albemarle County continue to have conversations about affordable housing, experts hope that some recent additions to Virginia’s Fair Housing Law will make it easier for those who receive housing vouchers of any kind to have a choice in where they live — which is the whole point of the voucher program in the first place.

Housing vouchers are types of government assistance that eligible individuals and families can use toward paying rent or mortgage costs for the housing of their choice. The U.S. Department of Housing and Urban Development offers a variety of voucher programs, and the vouchers are usually disbursed via local housing authorities, such as the Charlottesville Redevelopment and Housing Authority (CRHA).

People seeking vouchers to help cover housing costs can only apply for the waitlists when the waitlists are open. It is not a rolling application process. (And the waitlist for public housing is a different thing entirely.)

Here in Charlottesville, the CRHA’s voucher programs have lengthy waitlists.

The housing authority planned to open its mainstream voucher waitlist between June 19 and 21 but released a statement Thursday evening about their choice not to do so.

“After reviewing the HCV [housing choice voucher] waitlist which contains over 1,000 families, we have decided to service the over 200 families on the current HCV waitlist that have self-qualified themselves for the Mainstream Program,” wrote CRHA Executive Director John Sales in the statement, adding that CRHA has just 17 of those mainstream vouchers to distribute at this time.

In a separate email, Sales told Charlottesville Tomorrow that across all its voucher programs, CRHA “currently [has] maximum voucher allocation. We currently only have enough funding to lease up to 448 vouchers.”

And while housing voucher programs are designed to give people who require housing assistance more choice in where they live, that process is often complicated by landlords large and small who do not want to rent to tenants that receive government housing assistance.

In other words, it can be difficult for a voucher-holder to find an affordable, safe, sanitary place to live, thereby challenging the whole purpose of the program.

But as of last year — July 2020 to be exact — Virginia enacted a protection in its Fair Housing Law for tenants who use rental assistance or homebuyers who use mortgage assistance. Landlords and home sellers thus cannot discriminate against potential tenants or buyers on the basis of source of funds, including housing vouchers.

They can also not legally discriminate on the basis of race, color, religion, national origin, sex or gender, disability, familial status, age (55-plus), source of income, veteran status, sexual orientation or gender identity.

It’s a very progressive law, one that stands to have far-reaching and positive effects on people who use housing vouchers to help pay rent or a mortgage, said Victoria Horrock, a staff attorney at the Legal Aid Justice Center and an expert in fair housing laws.

There are a few exceptions to the provision banning discrimination on the basis of source of funds, Horrock explained. For instance, landlords who own four or fewer units can continue to refuse vouchers (and within that, “ownership” is complicated by the fact that some companies own a small percentage of a lot of properties).

Some landlords are already trying to get around it, too, said Horrock, adding that at LAJC, they tend to see the worst cases.

“But thankfully, the Attorney General’s Office and the Virginia Fair Housing Board, which oversee a lot of the fair housing cases in the state, are trying to make sure that it’s clear that some of those loopholes are closed,” said Horrock. She added that earlier this year, the Virginia Real Estate Board issued guidance on the new law and clarified some of the ways in which landlords cannot circumvent the legislation.

One of the more important points in that guidance regards income to rent ratio criteria, said Horrock. For example, a landlord may require that a tenant has a monthly income two or three times that of the monthly rent to qualify for the lease. And say a prospective tenant is required to pay 30% of their income towards rent under a voucher program, and the voucher covers the rest. Say the rent is $1,000 per month on an apartment, and the tenant is required to pay $200 of that, with $800 covered by the voucher. The income-to-rent criteria that the landlord uses will then have to be based on the $200 amount the tenant would pay. So, if the landlord requires a tenant to make two-to-three times the monthly rent to qualify, the tenant would have to make $400 or $600 a month in order to rent there.

A second important point clarified in that guidance “is that administrative burden is generally not a reason landlords can use to get out of renting to voucher holders,” said Horrock. Landlords frequently complain that they don’t want to rent to voucher holders because of all of the bureaucracy involved, including inspections of the rental unit.

There are safe harbor provisions for landlords written into this too, Horrock said, including that if a landlord has been working in good faith with the housing authority to schedule an inspection, and the inspection hasn’t happened or hasn’t been approved within 15 days, then the landlord can deny the application.

Since the additional provisions in the law are still fairly new, and 2020 and 2021 have been such usual years for rental applications in particular, “the effect of the law remains to be seen,” said Horrock. “Unfortunately, a lot of tenants and a lot of landlords aren’t aware of it yet, especially the smaller tenants, smaller [non-corporate] landlords. So we’re still seeing a lot of discrimination on this basis occurring. But I’m hoping that as more tenants know their rights and more landlords know their obligations, housing will open up for voucher holders.”

Horrock said that landlords should see voucher programs as “a good opportunity to get a certain amount of the rent guaranteed every month [no matter what happens with a tenant’s job], and not some kind of administrative burden that they should be trying to avoid. This law basically obligates all landlords over a certain size to take housing vouchers and to work in good faith with tenants who have them.”

And in a place like Charlottesville, which has a fairly small housing authority, the administrative burden is quite small, Horrock said.

Even still, voucher holders will continue to come up against barriers, she added, particularly where housing costs are concerned. Most vouchers have a cap on how much the total rent for an apartment can be, and that cap is generally based on a fair market retail value set by HUD and determined by the number of bedrooms in the unit (see Charlottesville’s here). That limits housing choice in some ways, in that families and individuals will still be priced out of some neighborhoods.

“That’s the unfortunate part of the voucher program,” said Horrock. “Even though it’s going to cover a lot more rent than the person could cover on their own, it’s not going to get you [into] every single community in an area.”

Like most legalese, these provisions can get complicated, but there are plenty of resources out there, Horrock emphasized.

“It’s hard to know that you are a victim of discrimination,” said Horrock. “If tenants are applying for housing and they feel like they’re doing everything right and they’re not getting anywhere, we suggest they call Legal Aid,” i.e., the Legal Aid Justice Center. The Virginia Fair Housing Office (where people can file complaints up to a year after the rent denial happens, even without a lawyer) and Housing Opportunities Made Equal Virginia can likely help, as well.

“This law should, in theory, really help people,” said Horrock. “I think it’s going to be a game-changer for a lot of tenants who need the help.”