How are graduating high school seniors transitioning to college during the COVID-19 pandemic? 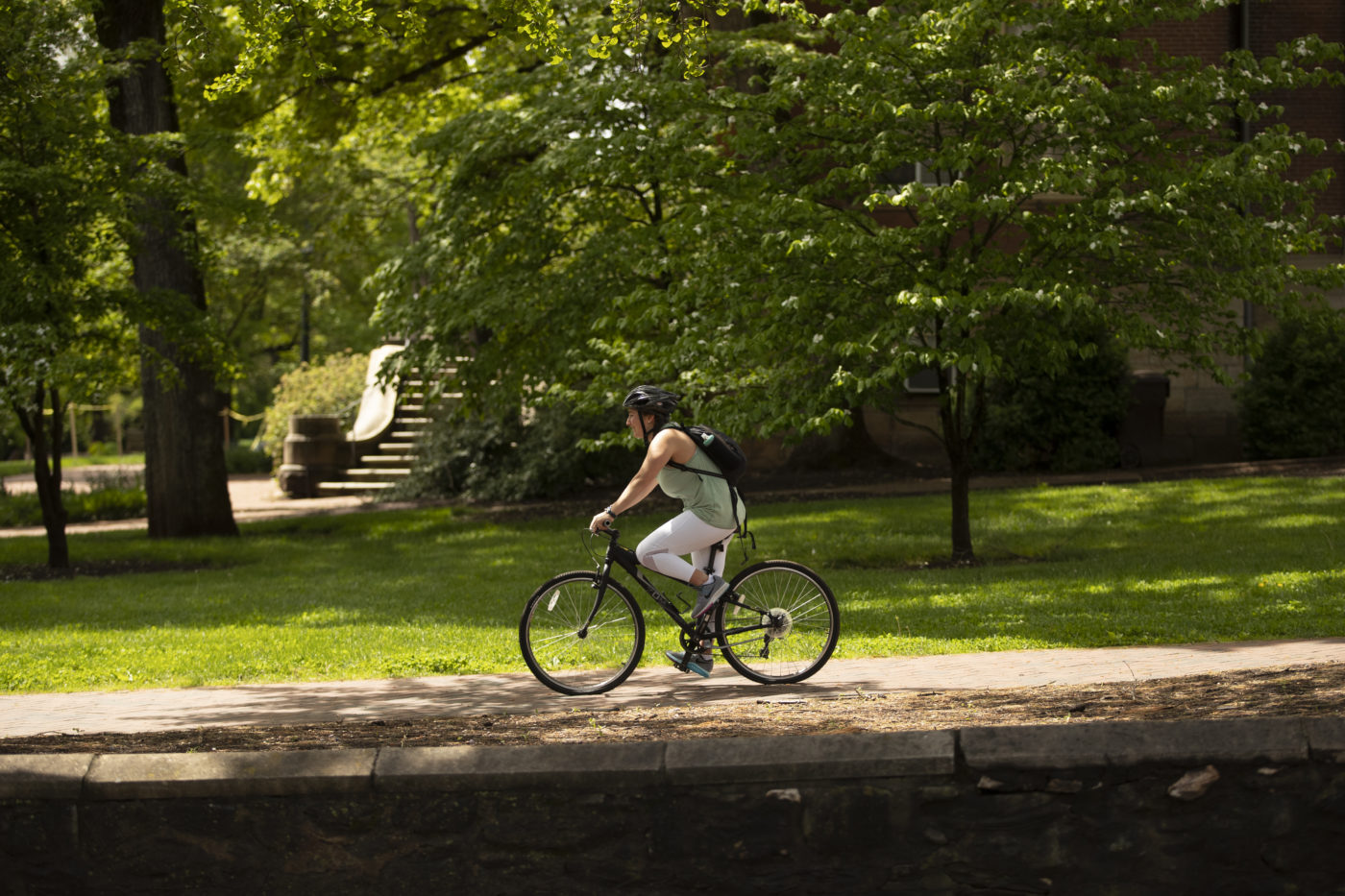 Since the pandemic’s start, colleges, including the University of Virginia, have opted for virtual tours. Piedmont Virginia Community College is working on a tool that could include virtual tours.

Parents are finding new ways to teach their kids at homeSchool divisions begin prepping for online learningAs Charlottesville’s and Albemarle’s public schools move forward with online learning, how are teachers communicating with students?

Isabelle Pardue’s college tours have been canceled, and it has made it difficult to pick a school. Pardue was hoping to have completed her visits now, but she has to rely on virtual tours on the schools’ website instead.

“That’s really hard to get a feel of the campus,” said Pardue, who will be a first-generation college student, adding that the tours are an “important part about choosing where you want to go.”

A 2020 recipient of the Emily Couric Leadership Scholarship, Pardue said it’s hard to tell whether she’s going to start school in the fall ― maybe the next time she’s back in school could be in the spring.

“It’s a little upsetting, but I rather be home and healthy instead of risking getting sick,” said Pardue, who plans to study economics and minor in physics or neuroscience.

The Albemarle High School graduating senior is not facing challenges picking a school amid the COVID-19 pandemic alone. And college tours are not the only concern for students. 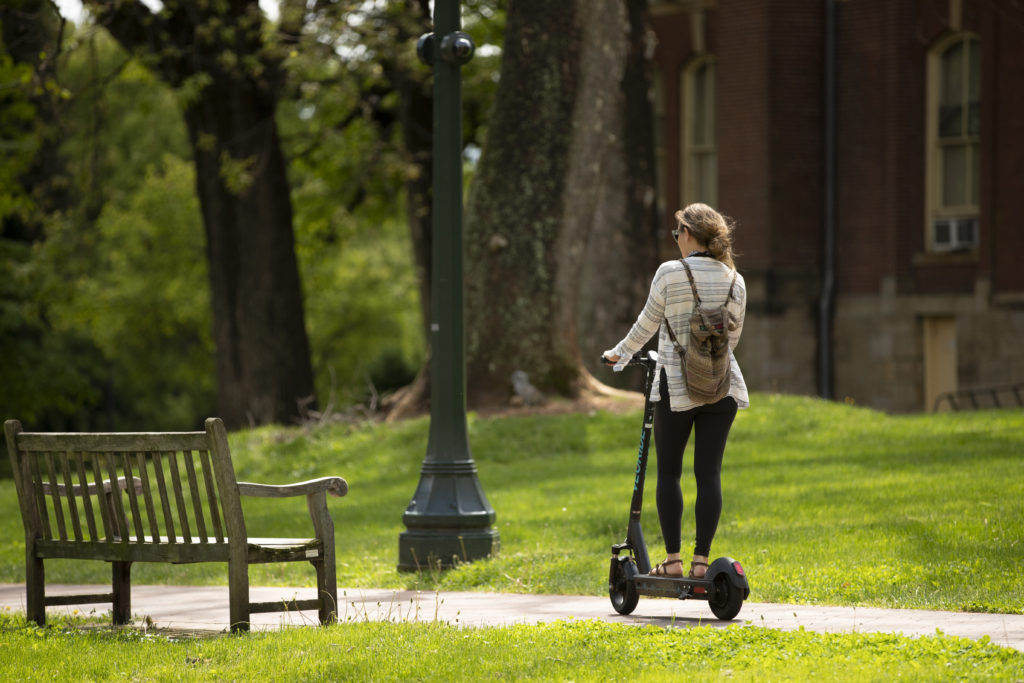 While taking a gap year in the fall has become a popular topic among students recently, at this point, the number of gap year requests for UVa have been similar to previous years. And students can take a gap year for financial reasons, but there are specific requirements.

Charlottesville High School graduating senior Clare Inlow has visited the schools she hoped to attend because she applied for her schools early. But not knowing what the fall will look like, she’s hesitant about picking a school or signing up for fall courses.

Since the pandemic’s start, colleges, including the University of Virginia, have opted for virtual tours. Piedmont Virginia Community College is working on a tool that could include virtual tours.

Speaking on whether the number of students who have signed up for virtual tours are either higher or lower than last year’s in-person tours, UVa spokesman Brian Coy, said virtual tours do not require sign-in or registration.

“They are open to all. We will analyze virtual tours and Virtual Days on the Lawn participation rates in the coming weeks,” Coy said. “But we are proud to be able to offer virtual programming to admitted students and families that covers such a large portion of the student experiences at UVa.”

Virtual Days on the Lawn is a series of virtual content and livestreamed events showcasing the university for admitted students.

While taking a gap year in the fall has become a popular topic among students recently, Coy said, at this point, the number of gap year requests for UVa have been similar to previous years. And students can take a gap year for financial reasons, but there are specific requirements.

“With respect to planning for the fall, we should have information [soon] on the process the university is engaged to work toward a decision that offers students the best possible experience while keeping them safe,” said Coy in an email on April 23. “Obviously, there are a lot of challenges there given that we won’t yet know what the progression of the virus will be then.” 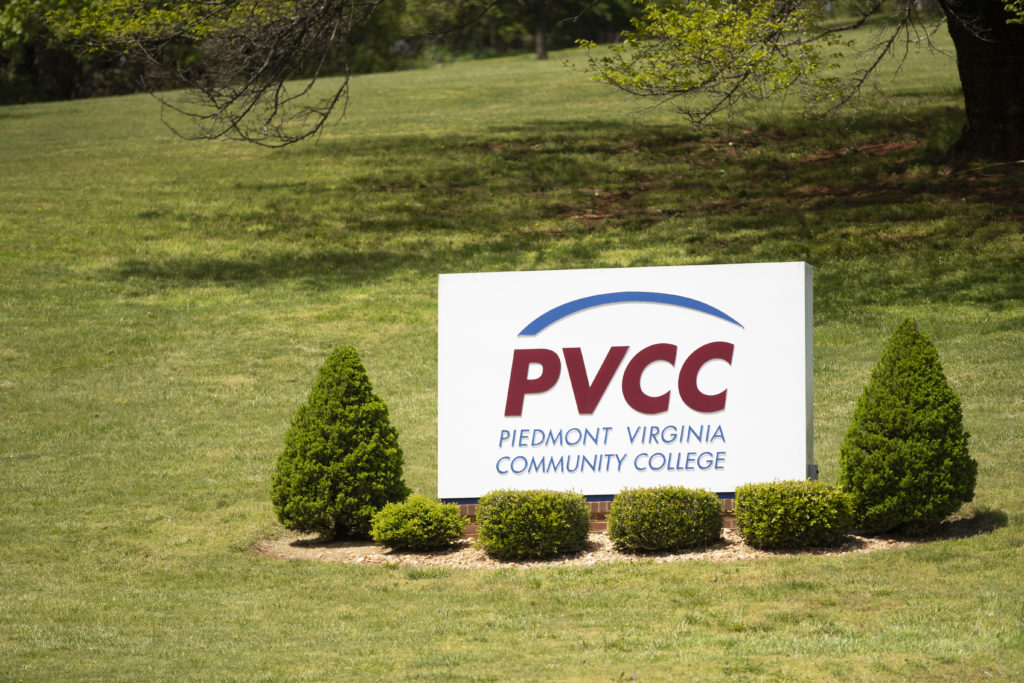 The pandemic could position PVCC in a good spot since its offerings aren’t necessarily based on its brick and mortar like major institutions. It doesn’t have large amenities, including stadiums, that usually attract students.

PVCC’s Dean of Student Services Andrew Renshaw said the school offers academic support and tutoring via Zoom meetings. PVCC has yet to decide plans for the fall semester. Some of what will be determined will be based on Gov. Ralph Northam’s or the Virginia Community College Systems’ decisions.

But the pandemic could position PVCC in a good spot since its offerings aren’t necessarily based on its brick and mortar like major institutions. It doesn’t have large amenities, including stadiums, that usually attract students.

During the pandemic, Renshaw said area graduating seniors or dual enrollment students who were considering attending a four-year institution have been inquiring about attending PVCC, noting that tuition there is about ⅓ of in state colleges and universities in Virginia.

Recruiting and retaining students is imperative for colleges because they rely on state dollars. Explaining cash flow at PVCC, Renshaw said if there were a decline in enrollment, any colleges or universities would be impacted financially.

“This is true for community colleges in general. A lot of our operating fundings comes from tuition,” he said.

A recipient of the Emily Couric Leadership Scholarship, Inlow and her friends have thought about taking a gap year, deferring the start of college to fall 2021. But those who take gap years usually plan to travel or work, and these are things Inlow won’t be able to do during the pandemic.

Inlow is not sure if taking a gap year is quite the answer, though.

“When I don’t know what the fall is going to look like, it’s hard to make a decision about that because to be paying what would probably be a full-tuition to a school but only to take online classes would be really hard,” she explained. 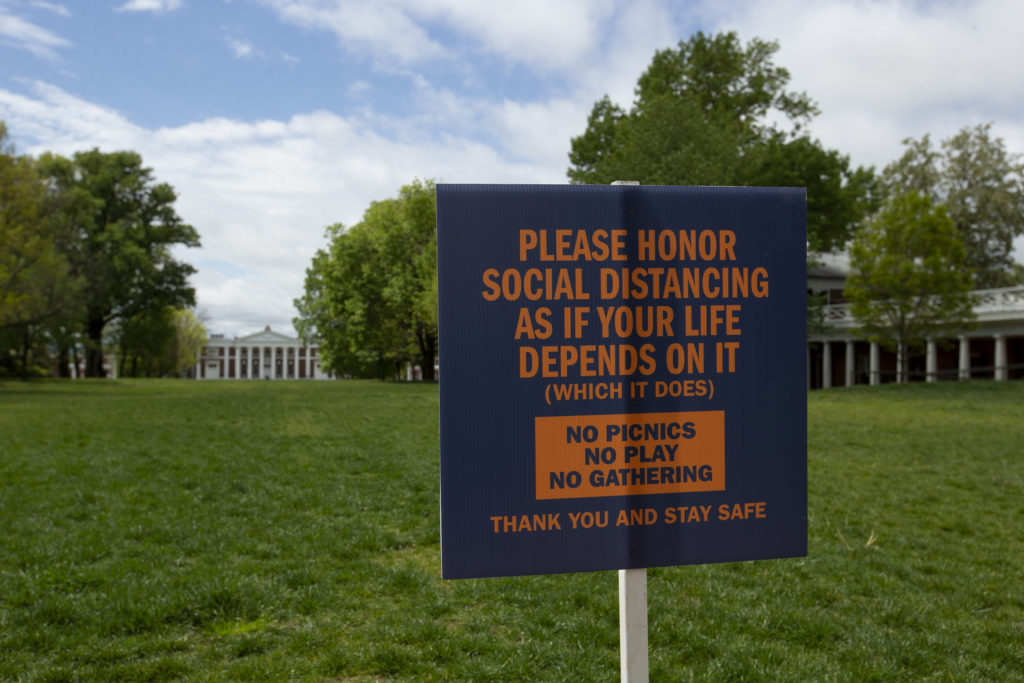 A sign on the University of Virginia Lawn on April 24, 2020, stresses social distancing.

Preparing for college could be easier for 17-year-old Inlow if she could pick a school. Many of the due dates for classes are in May, which would indicate to schools she’s willing to commit to that particular school and won’t accept admission elsewhere.

So far, she’s been doing basic things to prepare for college, including building a routine. Getting a degree has been something her parents have suggested to her, adding she has always had their support to fulfill that dream. But, most importantly, she hopes to attend college because of her career choice ― special education.

“I’m looking forward to things hopefully being back to normal at some point,” she said.

Prior to the pandemic, Murray High School graduating senior Taylor Mills planned to visit Old Dominion University and Virginia Commonwealth University. Because the tours got canceled, she picked VCU and based her decision on other factors, including the school’s proximity to her hometown, its nursing program and the amount of money she would be awarded in scholarships.

Mills explained the pandemic didn’t affect her choice of college much because she had already made up her mind about going to VCU.

“The only thing it’s affected is when I’m actually going to campus,” said Mills, also a recipient of the Emily Couric Leadership Scholarship.