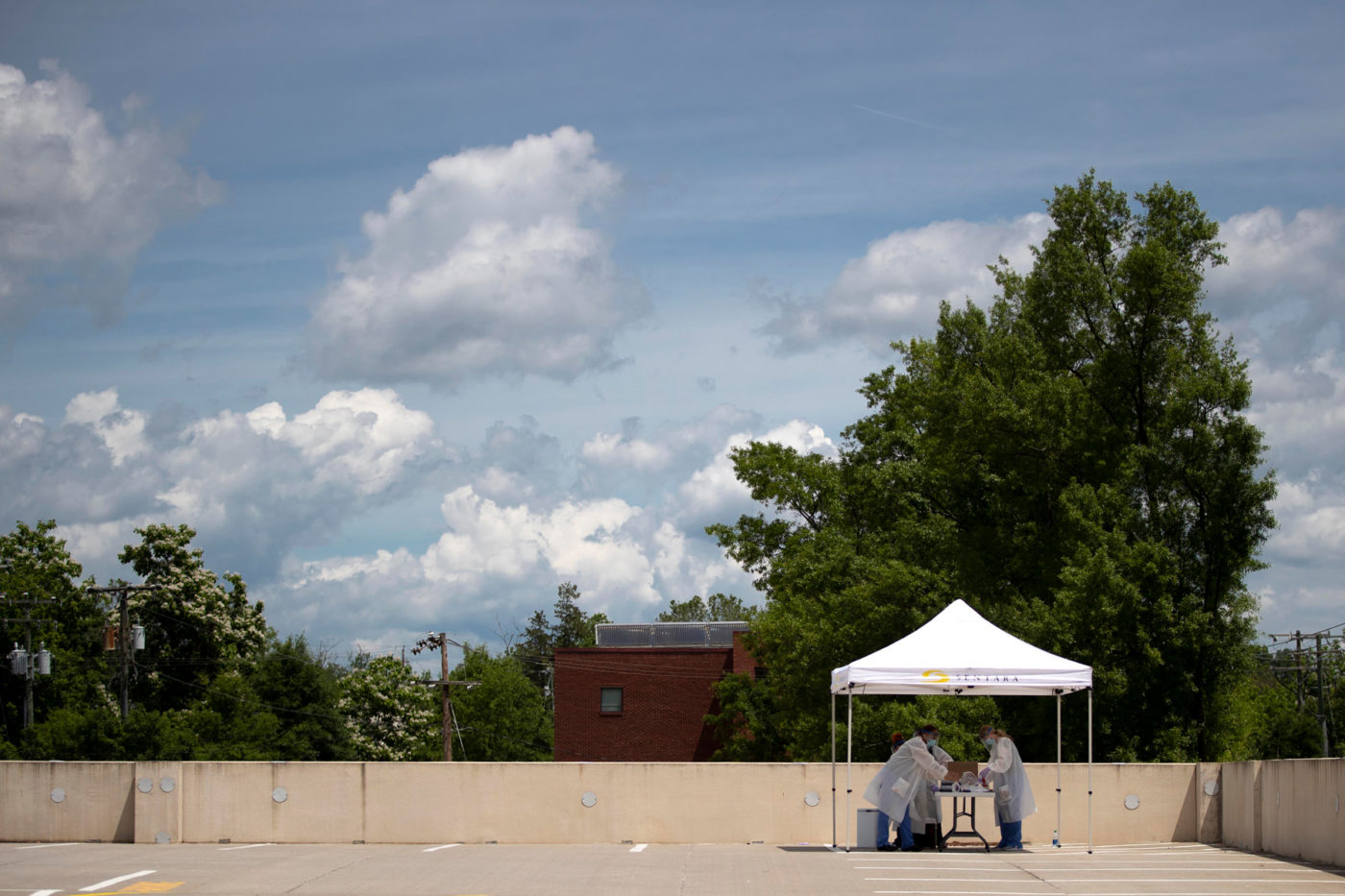 It was one year ago that local leaders gathered for their final in-person meeting before government business went virtual.

“It is wild to think we are coming up on a ‘one year anniversary’ of our first case,” said Kathryn Goodman, a spokeswoman for the local Blue Ridge Health District.

“We were gearing up about a month prior to our first case in the community,” she continued. “It was still a shock for us, though. It was a new virus at the time.”

A week later, the University of Virginia Medical Center admitted its first COVID patient. By the end of the month, the first Charlottesville resident had died — and the pandemic was raging.

Charlottesville’s healthcare systems have not stopped battling the COVID-19 virus since.

The past 12 months have tested local health systems in ways they had never before been tested. With limited knowledge — and sometimes limited resources — hospitals accommodated an influx of patients suffering the new disease.

Meanwhile, previously unnoticed local public health workers were suddenly thrust into the community spotlight as they took the lead in the effort to slow the virus’ spread.

“Looking back on it, we used to call it the novel coronavirus,” Goodman said. “Now, it’s just COVID. So, the perception of COVID and the understanding of this disease has changed so significantly in the past year. We’re much more equipped now to handle it than we were a year ago.”

By now, the story of COVID’s spread is ubiquitous in most societies. It appeared for the first time in Wuhan, China, in late 2019 — and from there it conquered the world.

It arrived in the United States in January.

“We didn’t know at the time what our challenges were going to be,” Goodman said.

The small division started by beefing up its contact tracing system — the system by which health workers attempt to identify, contact and quarantine anyone exposed to a communicable disease.

But as the pandemic got underway, it soon became clear that limited access to testing was a major issue. Lack of tests meant incomplete contract tracing and an unclear picture of how widely the virus was spreading.

And it wasn’t just a problem for the district — the hospitals didn’t have tests either. For several weeks, doctors were unable to diagnose patients who were having difficulty breathing or had other respiratory complaints.

The problem was at the federal level. Promised tests — and other supplies — were late to arrive. UVA Medical Center eventually developed its own in-house testing as a stopgap until tests became more widely available a couple months later.

By May, the health district and UVA teamed up to offer free drive-thru testing days at various sites around the city.

“This is one of those events that doesn’t have a brand of like this organization’s leading it because it’s been such a collaboration,” Dr. Cameron Webb, a University of Virginia internal medicine doctor who was then a candidate for Virginia’s 5th Congressional District, said at a testing event in May.

“This is really Charlottesville at its best all coming together to work for the common good,” said Webb, who now is the Joe Biden administration’s COVID-19 Senior Policy Advisor.

From there, the two health systems diverged. The health district focused for months on getting people tested, conducting adequate contact tracing, and broadly educating everyone on how to avoid becoming sick.

The hospital, meanwhile, had its own struggles dealing with a rapidly increasing number of people gravely sick from COVID.

Early issues at UVA — and other — hospitals revolved around inadequate tests and personal protective gear for doctors, nurses and other staff. As those issues slowly came under control, the problem became the sheer number of patients.

“We’ve had a couple days where we’ve really been stretched,” said Dr. Kyle Enfield, the director of UVA Medical Center’s Special Pathogens Unit, who works in the COVID ICU. “What that looks like is really having to prioritize that we intervene as quickly as possible with the patients and move from one task to another.”

The hospital expanded its physical intensive care space to create more COVID beds at the start of the pandemic. But that is only helpful if there are enough doctors and nurses to care for the patients.

At different times in the last year, that part has been a challenge. The COVID unit has sometimes had to pull nurses and doctors from other areas of the hospital for support, Enfield said.

And in January, the hospital announced to its nurses that they would be required to work extra shifts to cover the deficit.

Cases in the Blue Ridge Health District rose rapidly in July, then petered off as residents settled in to wearing masks, staying socially distant and taking other safety measures.

They rose again with a vengeance in September when UVA returned to in-person learning and cases spiked among students. That also declined to a sustained level after university leadership put a series of strict rules put in place and began aggressively testing students.

Come wintertime, the major spikes hit. Following Thanksgiving, there was an unprecedentedly high increase due almost entirely to small family gatherings, health officials said. But that spike was nothing compared to the one that came after Christmas and New Year’s.

Cases now have mostly dropped to pre-Thanksgiving levels in the health district.

“Our case numbers are looking much better now,” Dr. Denise Bonds, the director of the Blue Ridge Health District, said in February. “I’m cautiously optimistic with where we’re at.”

That’s especially good news, she added, since there is hope that an end might be in sight.

Arrival of a vaccine

Discussion of a COVID-19 vaccine began early in the pandemic. At that time, no one knew how long development and approval would take. Health officials often appeared before news cameras begging people to adhere to social distancing and other safety measures “for a little longer” — until a vaccine arrived.

That arrival happened Dec. 11. The U.S. Food and Drug Administration approved the Pfizer vaccine for individuals older than 16.

Per Gov. Ralph Northam’s orders, the vaccine in Virginia would be given out in phases. First would come the healthcare workers and people in long term care facilities — Phase 1A. Then essential workers, older residents, people in certain congregate living facilities and people with health conditions would get a turn — Phase 1B. After that came some other essential workers — Phase 1C. And finally, it would become available to the general public.

The rollout has not been especially smooth.

UVA Medical Center had vaccinated thousands of their staff before the health district began vaccinating the frontline healthcare workers who did not work for the hospital. The district had not given out many doses when a state-wide vaccine shortage hit.

In the months since, the district has dealt with a limited supply and a barrage of unforeseen issues with appointment scheduling.

“We’ve definitely had a lot of challenges,” Goodman said. But the vaccine is rolling out. And that brings the story about to present time.

The health district is now vaccinating people in Phase 1A (some of whom remain unvaccinated) and 1B. And the vaccine shortage seems to be ending.

Each week, more doses arrive in the Charlottesville area — some to the health district and some directly to a handful of local pharmacies through a federal program.

The hope now is that enough people will become vaccinated to create a “herd immunity” against the virus — and end the pandemic.

“It’s still going to take some more time,” Goodman said. “But as of right now, we’re hoping to get everyone who wants a vaccine vaccinated by the end of the summer.”