How would a COVID-19 outbreak be handled in a school building? 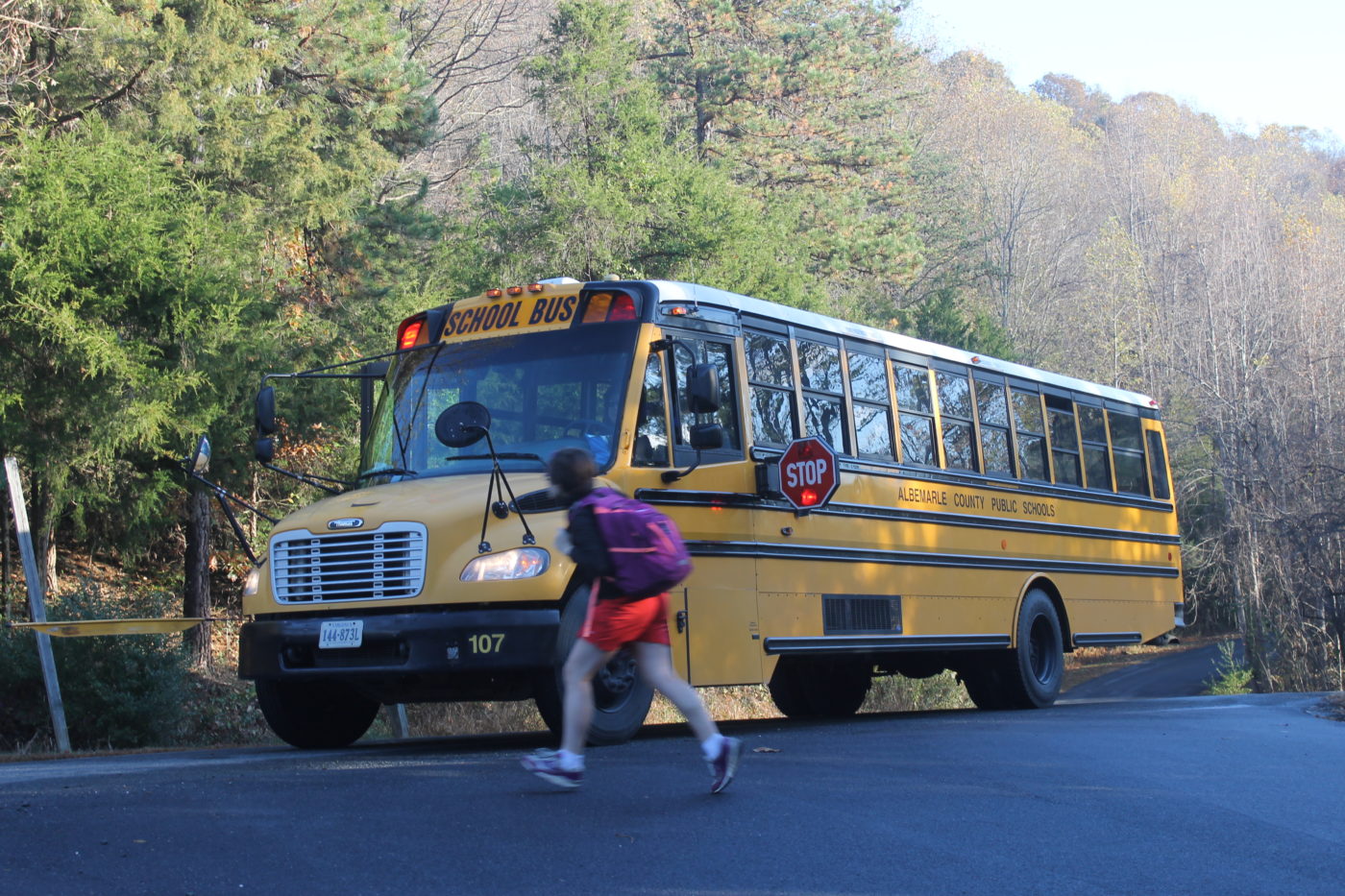 On Dec. 17, the Albemarle County Public School Board is slated to have a special meeting on what the division will do for the third nine-week grading period.

While a COVID-19 outbreak could be identified in a school building, health experts still won’t necessarily recommend school officials to shut down the building.

The threshold for declaring an outbreak is very low — two cases, said Ryan McKay, a senior policy analyst for the Thomas Jefferson Health District. Therefore, an outbreak may be contained to a single classroom or a small group of students on a bus.

“As long as the outbreak isn’t impacting multiple classrooms and/or grade levels, it is possible to keep the building open for in-person instruction,” he said.

The area has been seeing a spike in COVID cases recently. On Monday, there were 92 new cases in the Health District and about 300 since Friday. Cumulatively, there have been 2,101 cases in Albemarle County and 1,940 in Charlottesville.

McKay said outbreaks —  which are defined as two confirmed cases linked to the same source of exposure —  in schools can be low in numbers, like fewer than five cases, or large.

Depending on the size of the outbreak, health experts likely would  have a discussion to determine if closing a school for a period of 14 days is necessary.

If an outbreak is identified at the school building, the Health District would then continue to identify and monitor close contacts to determine if additional cases emerge and work with school officials to ensure students and staff are isolated, McKay said.

“There isn’t a clear tree or flow chart, so the decision would be situational and depend on a number of factors,” he said.

Moving forward, the Health District determines whether a case has been in-school transmission or elsewhere via its contact tracing investigation.

“We routinely ask individuals with COVID to trace their steps and provide information on how they may have been exposed to COVID-19,” he said. “Through the investigation and monitoring the situation, we can determine where exposure occurred, and if there may be in-school transmission.

“As with any outbreak, there is an increased risk for COVID-19 spreading in the community. It is important that we respond to all outbreaks in a very timely manner to determine who else may have been exposed and what quarantine and isolation recommendations need to be followed to prevent further spread.”

So far, there have not been any outbreaks in schools in the six localities served by the Health District.

But cases have emerged at some school divisions, including Albemarle County Public Schools, which on Oct. 8 voted to allow up to 5,000 children from kindergarten to third grade back into its buildings for in-person instruction.

The county schools as of this week reported that 25 staff and 14 students tested positive for COVID-19.

But Phil Giaramata, spokesman for the county schools, said no cases have involved in-school transmission.

“We determined that from the interviews we conducted with staff and families about their positive test and their close contacts,” he said.

“In every case, we first were contacted by a staff or family member who reported they had been in the presence of someone who tested positive for COVID-19, or they were experiencing symptoms and had been or were going to be tested.”

An outbreak won’t be determined by the school division, he stressed.

“That determination is made by the health department, and it describes a situation where it can be established that the virus was passed from one person to another inside one of our schools, offices or workspaces,” he said.

At Charlottesville City Schools, which is currently offering in-person instruction to special needs children, spokeswoman Beth Cheuk said there have been no staff or students who have tested positive whose cases are linked to the schools.

“We have had several staff members diagnosed with COVID unrelated to students’ time in schools. There have been no student exposures in (or related to) our schools,” she said. “We have had no school in-school transmission, per the health department.”

Asked about the threshold to shutting down the schools, Cheuk said the division would be following the health department’s guideline.

“With so few students coming in and out of the schools, we would be following the health department’s guidance about how to proceed,” Cheuk said.

Charlottesville City Schools could be bringing 2,406 children into its buildings to receive in-person instruction starting in January, according to a division’s survey. School Board members are likely to vote on the decision Dec. 16.