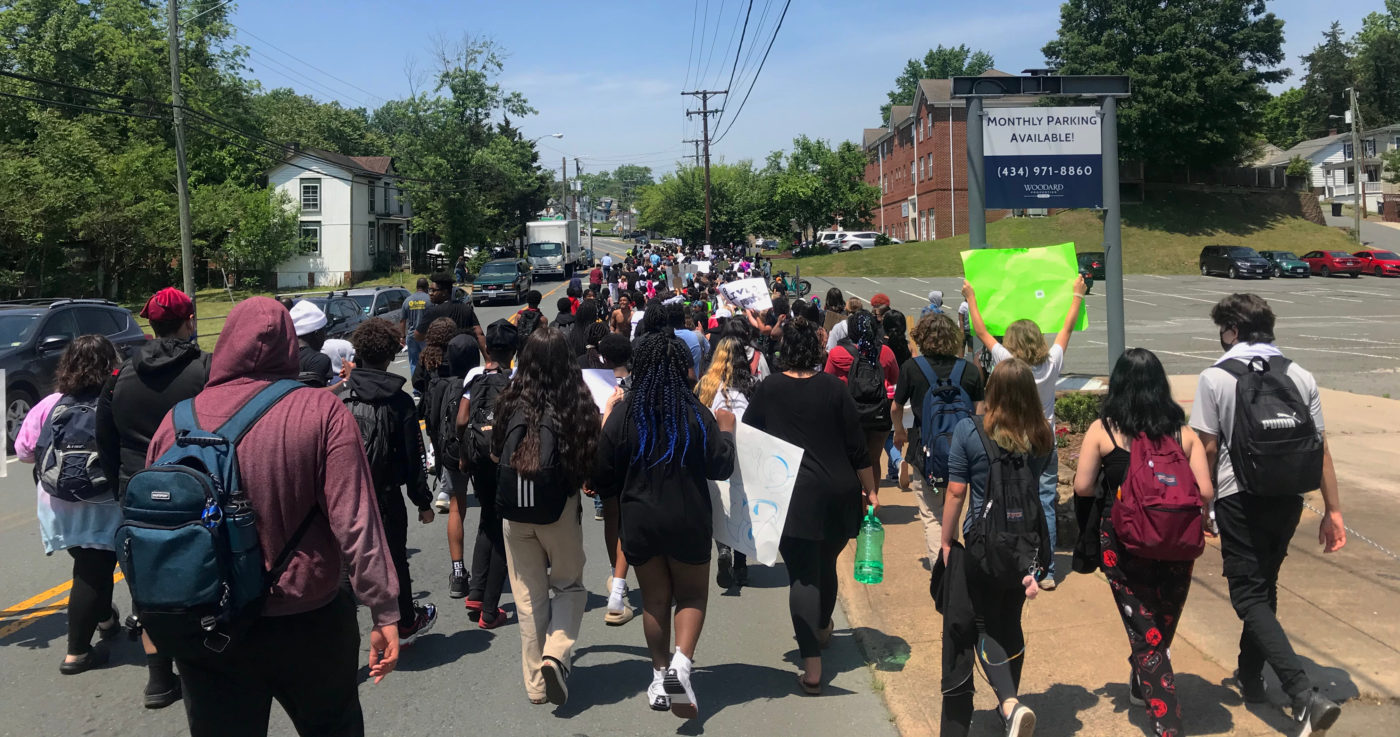 The afternoon of May 20, 2022, hundreds of Buford Middle School students walked out of school and down Cherry Avenue in support of the victims of a recent mass shooting in Buffalo, New York, and in condemnation of racism and white supremacy.

When the lunch bell rang Friday, hundreds of students spilled out of Buford Middle School. They wore their backpacks and carried water bottles and protest signs.

“Respect my existence or expect my resistance,” said one sign. “Stop killing us,” said another. “Enough is enough.” “You’ve messed with the LAST generation. #BLM.”

The crowd fell in line behind two high school students — Zaneyah and Zenia Bryant, members of the Charlottesville Black Action Youth Committee — and began to walk. Zaneyah and Zenia were among the students who led a vigil Monday evening at Market St. Park, too.

The May 14 racially-motivated mass shooting in Buffalo, New York drove the seventh and eighth graders to walk out.

An 18-year-old white man opened fire at a grocery store in a predominantly Black neighborhood, killing 10 people and wounding three others. Eleven of the 13 victims were Black.

Thirty minutes before the attack, a man with the same name as the shooting suspect released a 180-page diary on the platform Discord, detailing his disdain for non-white, non-Christian people, according to the Associated Press. The document also outlined his “plan to carry out an attack in a predominantly Black neighborhood in Buffalo and his visits to the site of the shooting in the weeks prior,” according to New York Attorney General Letitia James.

He live-streamed the attack on the streaming platform Twitch, which removed the video within two minutes. 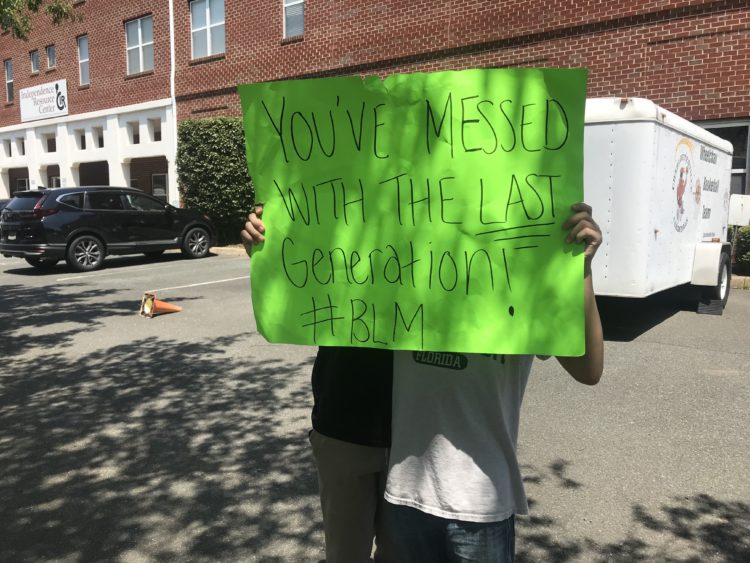 One of the more common sentiments expressed at a march by Buford Middle School students on May 20, 2022 was that white supremacy and racism ends with Generation Z.

The Buford Middle School students, many of whom were Black, channeled their rage into Friday’s walkout.

Almost 40% of students at Buford Middle School are Black. More than 60% are students of color, according to the school’s quality profile. The Youth Committee guided a similar walkout at Charlottesville High School earlier this week, Zenia said.

Kathleen Doyle, a social worker at Buford, said it appeared that half the Buford student body participated.

The students walked down Cherry Avenue toward Tonsler Park in 90-degree weather. Their chants filled the streets as passersby from nearby stores stopped to watch the students march. Some drivers honked their horns and leaned out their car windows to cheer the kids on.

“This stops with us,” organizers called into the microphone.

“This stops with us!” the crowd replied.

When they arrived at Tonsler Park, speakers stood on a bench near the entrance. Student organizers received applause, they also thanked their allies, faculty and staff for their support.

The speakers held a moment of silence for the Buffalo victims. Most of the students were quiet — but not all.

The Buffalo shooting stirred fear in seventh-grader Christopher Early. As a Black kid, the incident left him worried about the chances of a similar tragedy happening again, possibly to him.

“One life lost is one life too many,” Early proclaimed into a megaphone. “We’re here to bring attention to Black and brown lives and make our voices heard. If there’s no justice, there’s no peace.”

Zenia, one of the high school organizers, took the microphone after Early.

She spoke about the Buffalo shooting suspect, saying she didn’t want the man’s alleged racist motivations overshadowed by a debate over whether he had a mental illness.

Many Americans assume that mass shooters are mentally ill. While the subject is still being researched, new studies have found that there is no substantial link between mental illness and mass murder.

The man who is suspected of killing the ten innocent people in Buffalo was deemed “not a threat” by mental-health workers when evaluated after he threatened to kill himself and others during a high school economics class, according to the Wall Street Journal.

“The dude who killed [eight] Black people didn’t have a mental illness. He’s a white supremacist and we don’t want that to be underlooked,” Zenia said. 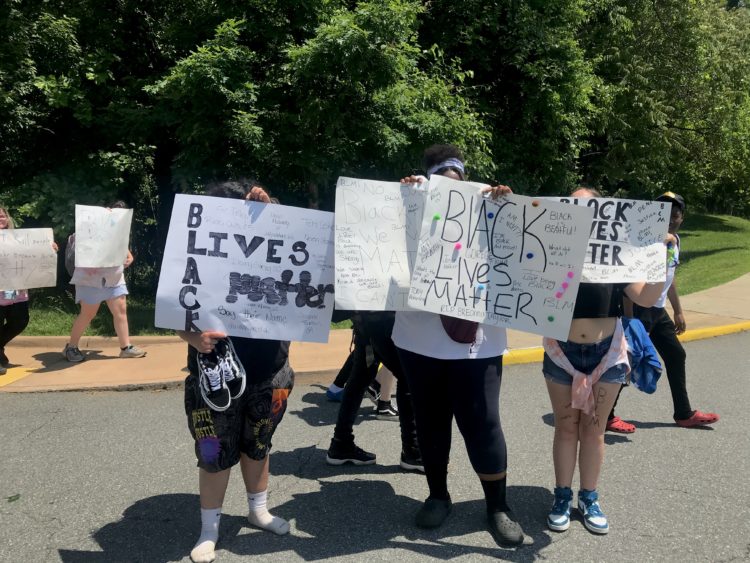 Students hold up their signs before heading back to class. They protested on what was the hottest day of the year so far, May 20, 2022.

Students began to make their way back to campus in time for their fourth period classes.

A student named India said that she walked out to help the community become better, stronger.

She said she wants other community members to join them, to spread the word, either in person or on social media. “I walked out for my community. This is my neighborhood.”