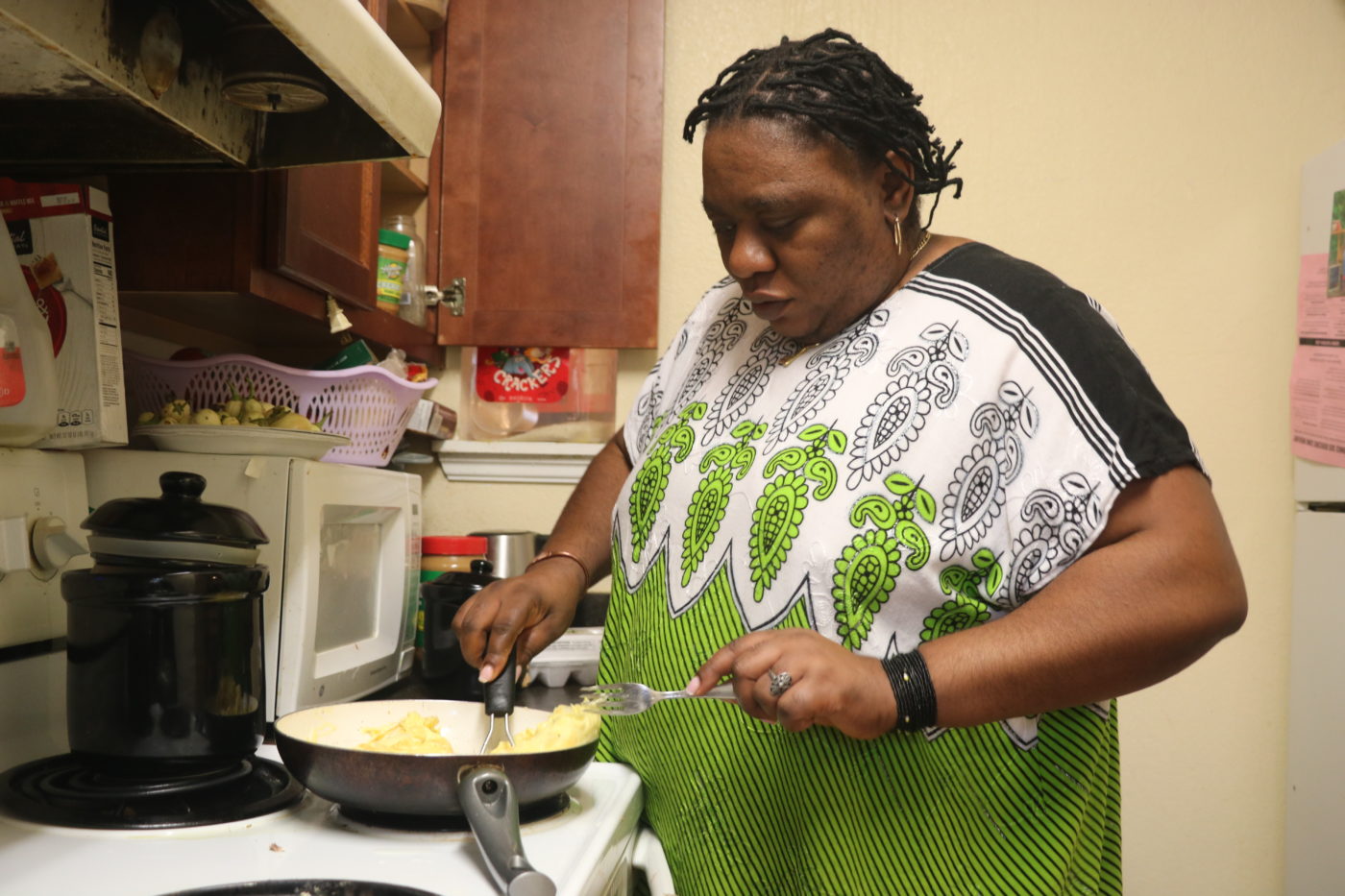 Part One of a series

Charlottesville resident Mughanda Sheria supervises the virtual learning of four children while still multitasking other things, like taking care of her toddler, cooking and cleaning her three-bedroom apartment.

Sheria also works part-time and goes to school full-time with the goal of getting her licensed practitioner nurse certificate at Piedmont Virginia Community College.

And, sometimes, she gets no sleep at all, so she turns off her camera during her virtual class on Zoom to get some rest.

Sheria said she has not been doing well in school because it’s been difficult to study for her exams. And things are not looking great at work either because she sometimes sleeps at work, and her manager reports her.

“It’s so hard,” Sheria said in a Congolese accent. “I need to make sure that [my children] are not distracted.”

And Sheria is not alone. Other city parents, like Aasia Abdulu and Mimy Milolo, have expressed the same worries about virtual learning.

“It’s a little difficult,” said Abdulu, who works a night shift housekeeping job at the University of Virginia Medical Center.

When she gets back from work, she said she’d like to get some rest, but she has to help her children with virtual learning. Her husband cannot help out because he has to work.

Sheria said she needs to be next to her kindergartener when she’s on Zoom. She also has to go upstairs to check on the older children. Two of them share a room, and sometimes they both fall asleep during their virtual classes.

Additionally, Sheria said her apartment is tiny, so the children do not have much privacy to complete schoolwork.

“I don’t want to give up. If I fail, I’m gonna start over,” she said, adding that she wants a better life for her children.

“If the kids have a place to go somewhere to study, that would be better for the family,” she said.

Sheria said she’d like Charlottesville City Schools to reopen. Even if they could go to school three days a week, it would be helpful, she added.

Editor’s note: This story has been updated with new information.

Private schools are open, she stressed, so she questioned why the public schools aren’t. 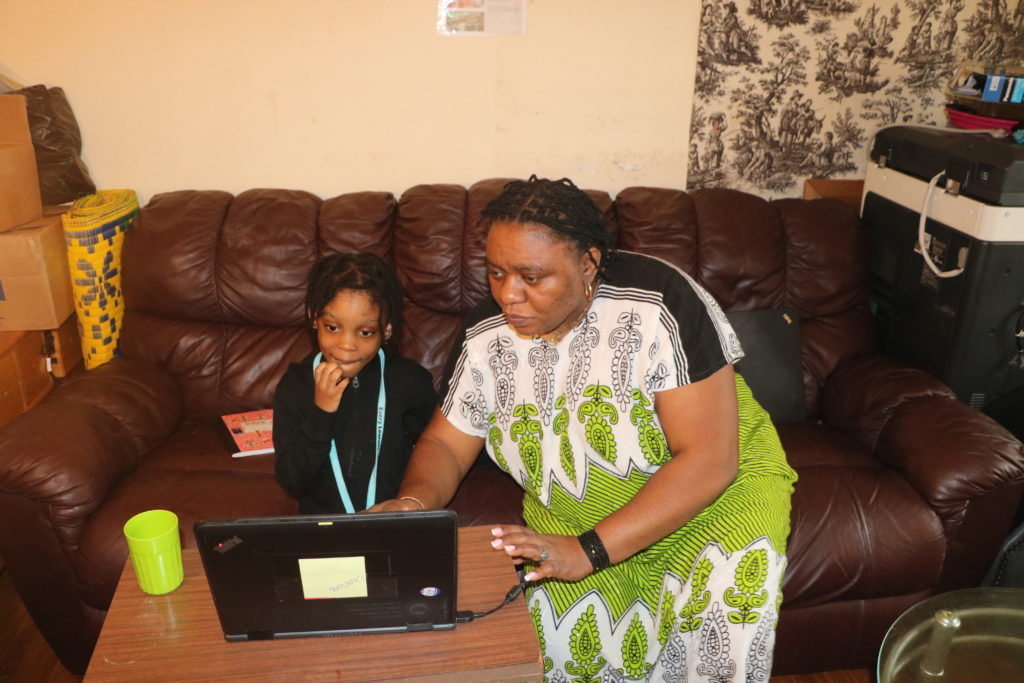 Mughanda Sheria assists her daughter with virtual learning on a recent morning.

“It’s not every parent that can stay full-time at home supervising kids depending on the number of children they have at home,” she said. “They should think about us.”

Sheria said when the city schools were voting to keep the schools closed, they were not thinking about immigrant families like hers.

When the children are constantly at home, that gives her more cleaning to do, Sheria said.

On Wednesday morning, after making sure all children were set with virtual learning, Sheria rushed into the kitchen to make her children’s favorite breakfast, omelets. She makes lunch, too. The city schools provide food, but sometimes it’s not enough or her children don’t like what’s offered, Sheria said.

While finishing cooking, she had to rush back in the living room because there was a leak from the ceiling.

Water was dripping next to Charline’s schoolwork area.

The plumbers who showed up Wednesday morning to fix Sheria’s light bulbs were also fixing the toilet upstairs, which caused the leak in her apartment.

When her daughter’s teacher noticed that Charline was distracted and asked what happened, Sheria explained what went wrong.

“It’s too hard for me,” she said, adding that her husband plans on working less, so that he can help her around the house.

Sheria lives in the Prospect neighborhood, in which faith-based organization Abundant Life Ministries has provided assistance for all families in the area with virtual learning. It houses children at Christ Episcopal Church downtown and at nearby Buford Middle School.

It’s unclear why Sheria’s children do not attend the centers —  part of the situation could be paperwork, said Kari Miller, founder and executive director of International Neighbors Inc., an organization that serves immigrant and refugee families.

“There are a lot of people who fall through the cracks for whatever reasons, and our refugee neighbors frequently are in that position,” Miller said.

“They are not the ‘squeaky wheels’ demanding resources in the community. Often, they are not even aware of the assistance they could qualify for or how to get it. That’s why International Neighbors exists — to provide connections to community members who can serve as guides and help bridge those gaps.”

At this point, no one has been denied admission to Abundant Life’s virtual learning centers, said the Rev. Nathan Walton, executive director of the organization, adding  that families not taking part of the centers either don’t know about the program or have not asked to be part of the program. 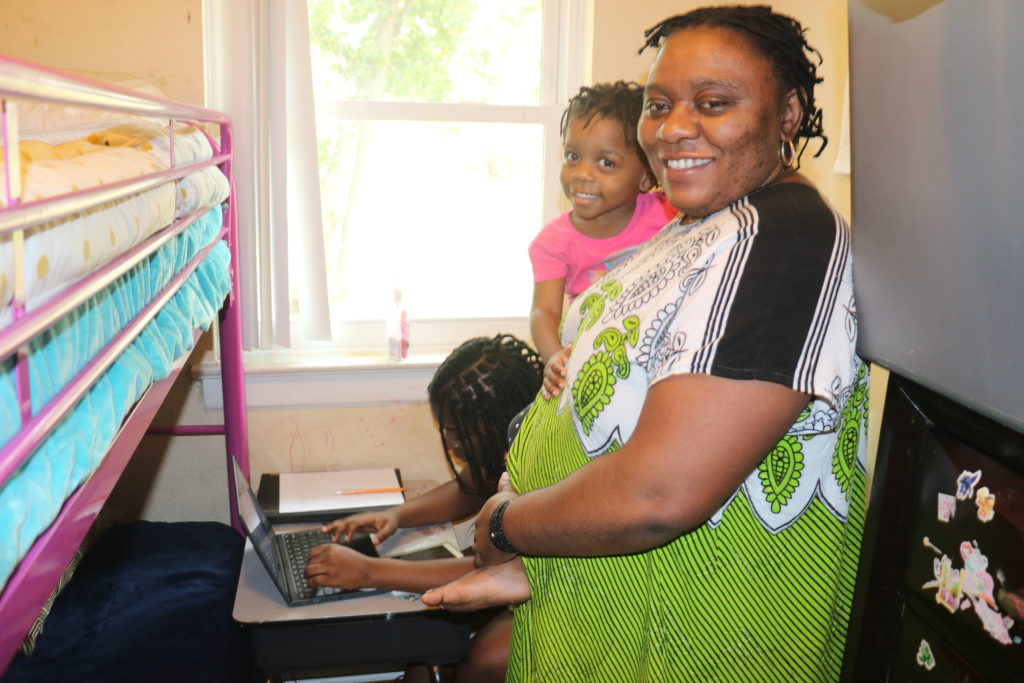 Those children are housed at Friends Quaker Meeting and International Neighbors from 9 a.m. to 3 p.m. and have been identified as children who need help the most with virtual learning.  The children attend school at the facility through a learning model called learning pods.

“Because the grant was written for a certain number of students at Greenbrier Elementary School, we have been holding pods for those particular students at these two locations since the second week of September,” Miller said.

“As you can imagine, it’s wonderful. It’s helpful for these students whose parents really are not proficient in English nor in the digital world.”

There have been more than 200 referrals so far of families needing help with virtual learning.

With an additional grant from the Charlottesville Area Community Foundation, International Neighbors also will be placing someone to assist families with virtual learning at their homes, including Sheria and Milolo.

“There was already such a disparity, I feel, in our traditional education system between those who are resourced and those who are not resourced in whatever variety that is,” Miller said.

“We’ve helped establish Wi-Fi in numerous homes and provided computers. And these are things that our parents could have never financially been able to afford, nor would they have been able to even know that these options exist.”

She said she’s concerned about the gap widening even more.

“Those that are experiencing success with online learning, they have a parent there that could guide, assist, direct and support and encourage, the things that children need as they learn materials, especially in a new setting,” she said. “This is really showing how many of our neighbors do not have that bridge support that is crucial.”

Miller would like to have some financial support to help the families. Ideally, she’d like to have every family matched with a local neighbor that could support them with virtual learning.

“You need someone to help you navigate a new world and a new culture. These are aspiring Americans who cannot be expected to succeed in all the demands that are expected in American society,” Miller said. 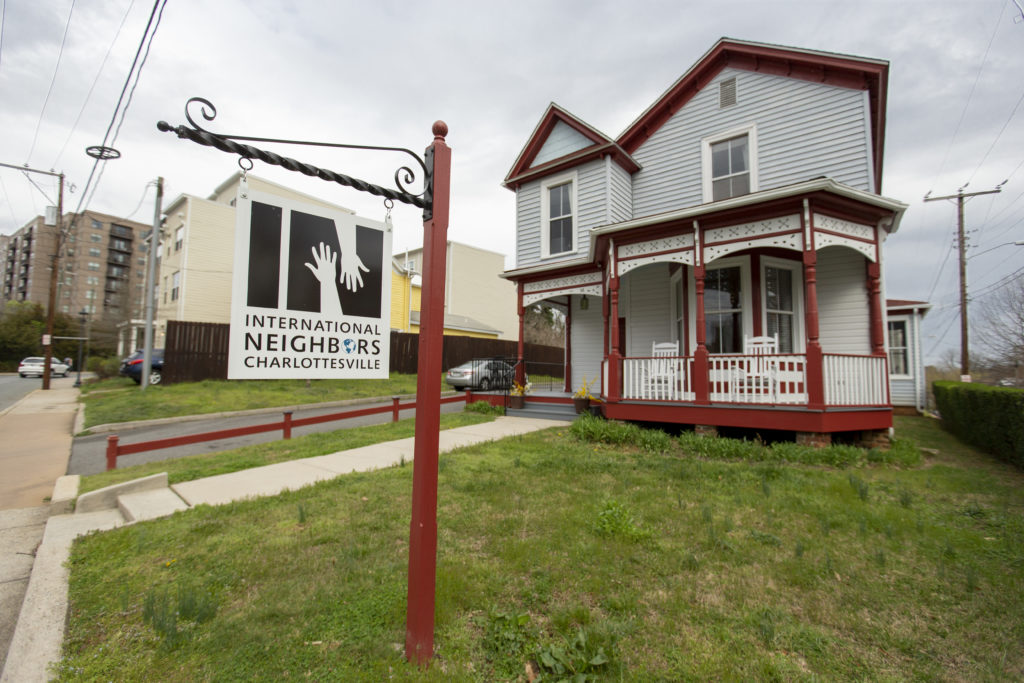 Aasia Abdulu, a mother of three students in Charlottesville City Schools, said virtual learning is hard most of the time because they’re expecting parents to be teachers to their children.

“I need them to reopen the schools,” Abdulu said in French.

Abdulu said it’s hard for her specifically because English is her second language.

“This is so hard,” she said. “You’re a mom. You have the experience to give kids food and get them ready for bed, but not teaching. You can read a book to them for 30 minutes, but teaching all day is too hard.”

The city schools are using multiple avenues to connect with English as a Second Language families and support their students in a virtual learning environment, said Beverly Catlin, of the  Charlottesville City Schools.

“This support includes assisting with technology needs, sharing updates on their student’s participation in classes and completion of assignments, distributing school supplies, and helping families access community resources,” she said.

“We are building on the relationships we have with families to create strong connections between their homes and our schools.”