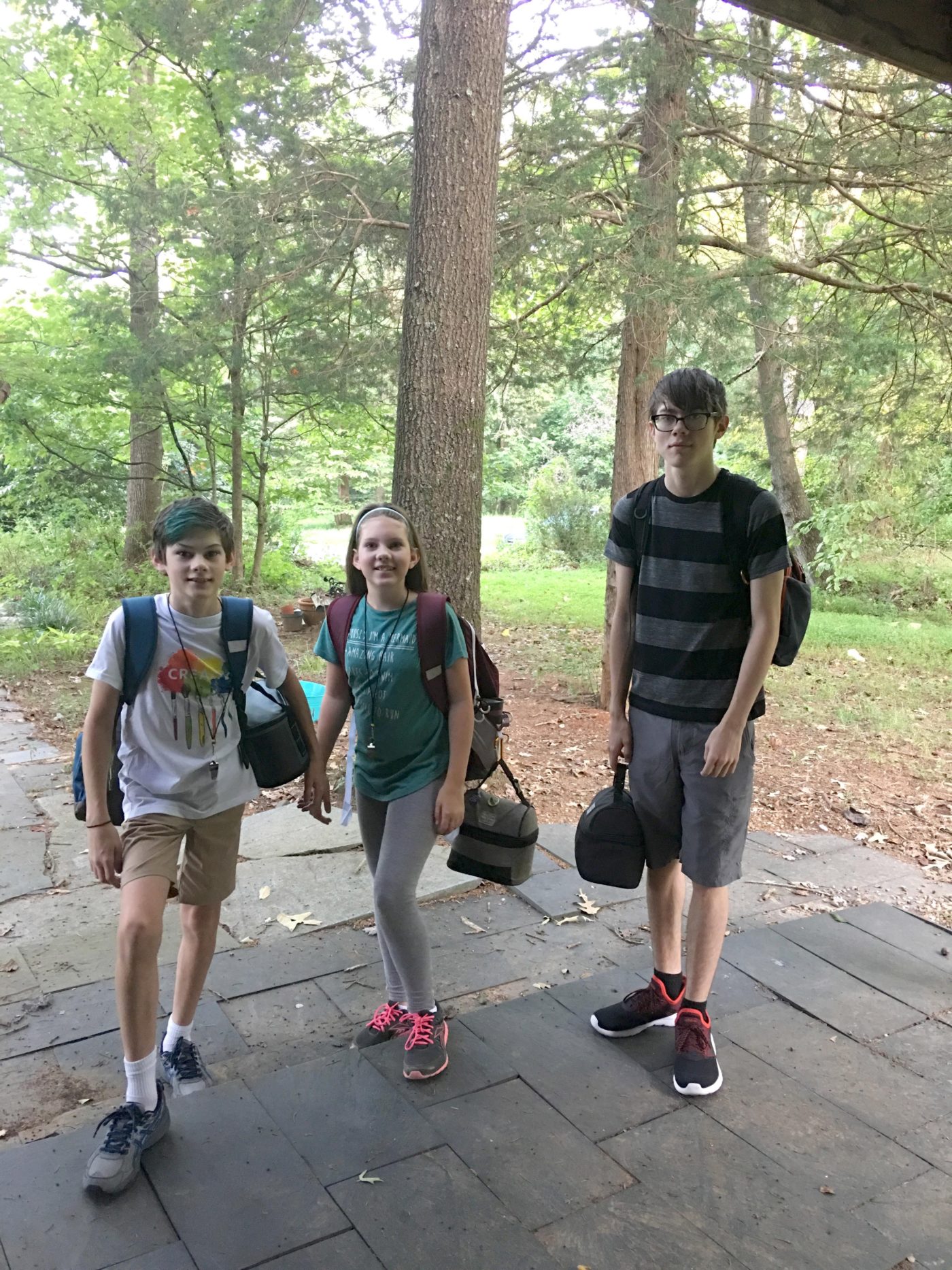 ACPS cited the rise of COVID-19 cases in the area for the reversal that is set to be in effect until Jan. 11.

After Albemarle County Public Schools on Tuesday said instruction starting next week temporarily would be virtual-only, Sally Duncan, a mother of four, said she worries about internet connectivity because she lives in an area where only two people at a time can be on Zoom.

“It’s usually pretty slow if two people are on,” Duncan said, adding that because of where she lives, other options to provide internet access have not been helpful. “Hotspots don’t work. We live way out in the county. We don’t have good internet access.  And so my kids literally cannot do virtual school, like, one of them at a time.”

The county allowed children up to third grade to attend school in person as part of stage three of its reopening. ACPS cited the rise of COVID-19 cases in the area for the reversal that is set to be in effect until Jan. 11.

“In our community, we are seeing the beginnings of an increase both in the rate of new COVID-19 cases per 100,000 and in the percentage of positive tests, although neither of those numbers meets [the Centers for Disease Control and Prevention’s] metric of high risk for 14 cumulative days,” the county schools wrote in a news release.

“A move to stage one for the holiday period increases our ability to return to stage three more fully staffed, with all eligible students back in school beginning Jan. 11.”

While Duncan children’s grade levels range from middle to high school, her children were attending a learning pod, where they’d meet up in a school library and be supervised by a teacher with a group of other children, because of poor internet connectivity at her home, she said.

“I was shocked by how sudden it was. But when I got the email and the phone call from the school, I hadn’t realized that the health district had released the numbers and that they were going up,” she said.

“That explains why I was shocked. Once I realized that and kind of calmed down, it made sense. Obviously, I want people to be safe. And I feel better. But I sort of wished that they would have called the semester at Thanksgiving. I’m a student at [the University of Virginia], so kind of how the [college] ended their semester at Thanksgiving to give people a couple of months to be safe.” 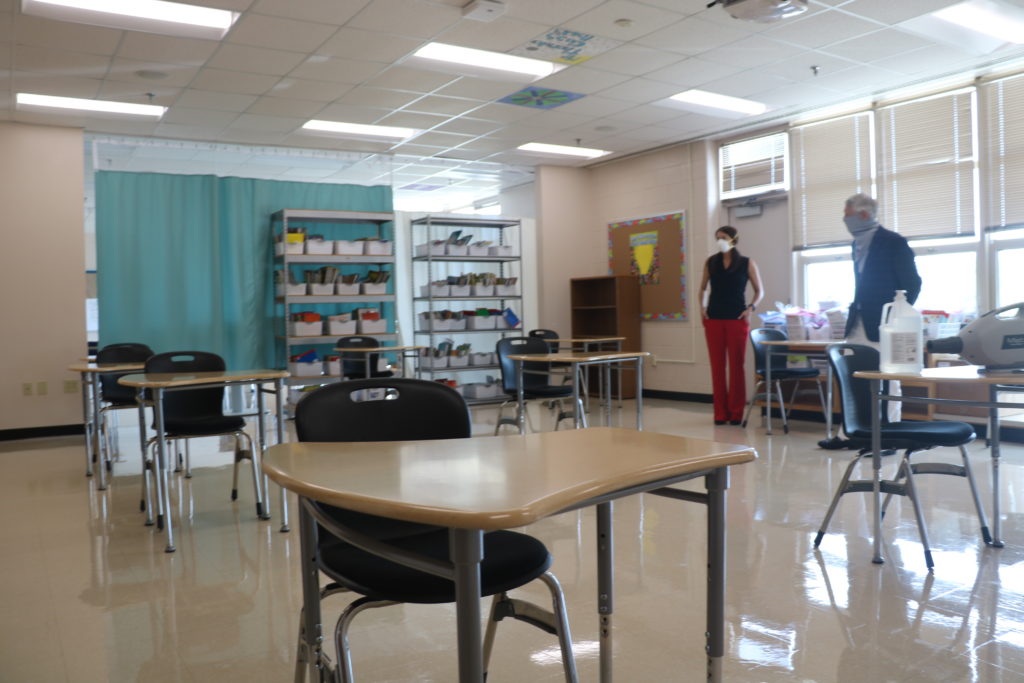 The state gives the County schools roughly $3,000 per student annually, said Jonno Alcaro, School Board Chairman. So, a 500-student drop in enrollment could mean up to a $1.5 million hit to the budget.

Duncan said the division’s announcement didn’t include information about their plans to assist children who may have issues with virtual learning.

“If the numbers rise and they would go back to stage one, … I just don’t understand why they didn’t have information available for people like us to know how our kids are going to school for two weeks,” she said. “Now, they’re all being forced to come home, I don’t know how they’re physically going to get school done for those two weeks.”

She said she assumes the teachers are going to be flexible.

“They have been really great. The school administrators have been great,” she said.

She had hoped the division’s announcement included those details, and that makes her worry because they didn’t have this planned out as to what would happen if the numbers went up, she said.

“It hasn’t been a consideration for them, and I know there’s a lot of students who have internet issues,” Duncan said.

“I’m unhappy, I guess that’s the word. But even that feels kind of harsh. I understand this is all chaotic, and everyone’s doing the best they can. But to just suddenly have it sprung on you that they’re going to be home for a month and have two weeks of school to do with no internet access is a little difficult.”

“In the spring, it was bad. They just basically just didn’t get any school done, so that is not ideal. I think for this, we will email their teachers and try to be flexible,” she said.

A UVA graduate student, Duncan travels to Charlottesville to use her friend’s internet for classes.  If her children plan on emailing their teachers, or do any schoolwork involving using the internet, she plans on bringing them with her.

“It’s an option that I know not everybody has. I’m assuming that we’ll just manage and do the best we can,” Duncan said.

She said it would be nice to acknowledge that there are students who this would be hard for.

“Rural broadband is a necessity. And the county, I wish the schools were making a bigger push, quickly, and saying that this is the reason that that access to the internet is just like access to water and electricity,” Duncan said. “People in the county should fund it and shouldn’t rely on developers to give us access.”

In ACPS’ decision to shut down the schools, the Health District provided insight into the recent surge in cases and some context behind the data, McKay said. And the division made the decision with the input and guidance of TJHD.

“In general, schools will use their own metrics and criteria for making the decision to return to virtual learning,” he said.

“Albemarle County Schools’ utilized their framework for making the decision, and we are in support of their process as it evaluates the current community transmission along with their internal operations to minimize risk. We support this approach to decision making in the pandemic and ultimately support their decision to return to stage one.”

While county parent Christian Meyers said she has figured a way to babysit her child, she said the decision to move learning online was abrupt.

“For me personally, it’s kind of  hard because my daughter was really excited about going back into school and, actually, seeing some of her friends. So, she’s an only child and she’s in second grade and hasn’t been able to hang out with her friends since March,” Meyers said.

Although the new decision is inconvenient, she said she supports the county schools moving online.

“I’ve been very afraid of her going back after Christmas because I feel that a lot of people are just over it and want to ignore the fact that there’s COVID out there and are going to travel and have big gatherings,” she said.

“And there’s gonna be a big spike coming mid-January. I don’t even think that schools are gonna be going back Jan. 11 like they have planned, but we’re not gonna find out until  a couple of days before. I’m sure.”