In seeking third term, Herring to keep “taking on the biggest fights” 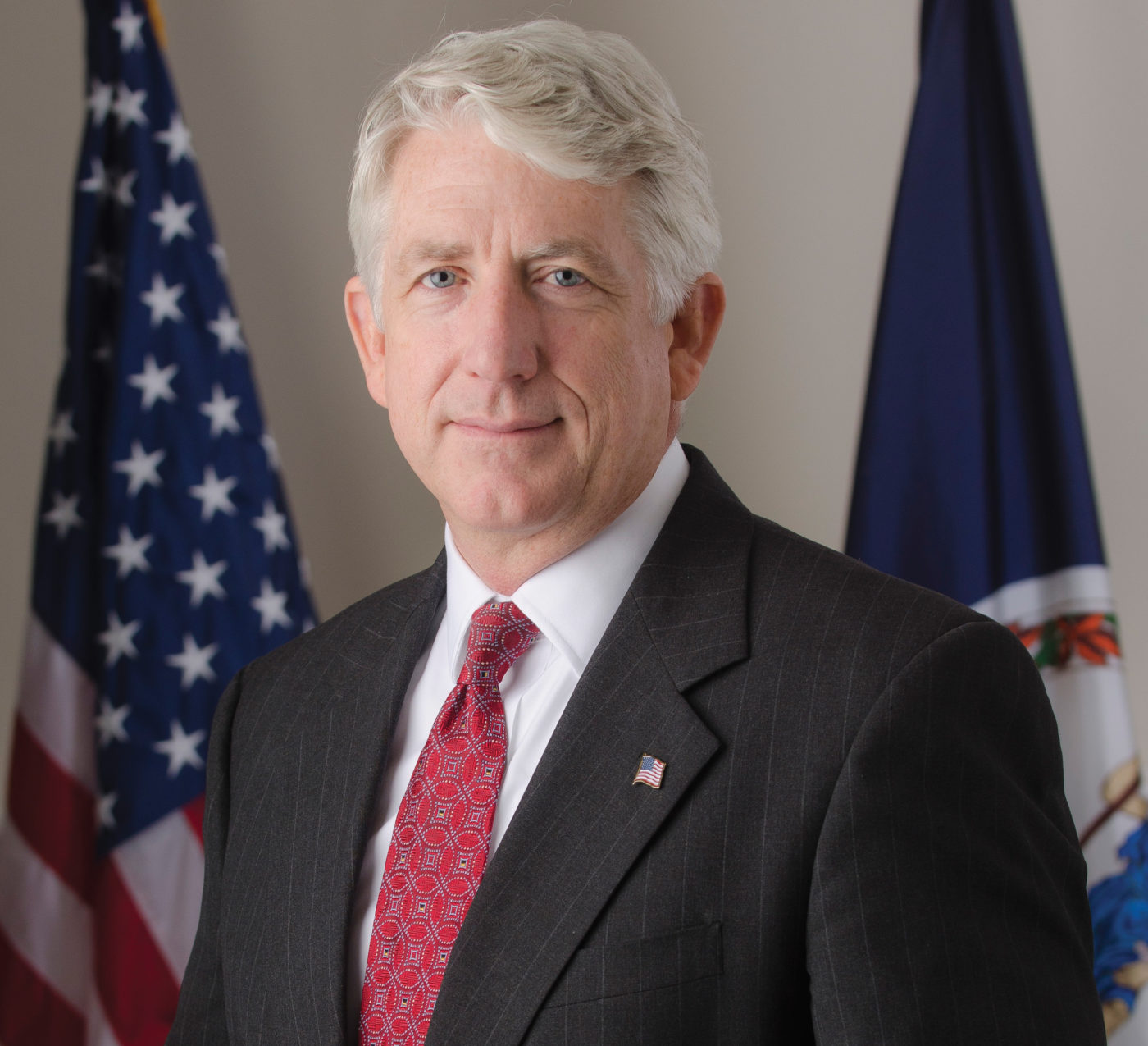 Attorney General and incumbent candidate Mark Herring is proud of his accomplishments as the state’s top lawyer over the past eight years — but he’s still got goals and isn’t ready to be done.

Accomplishments include defense of the Affordable Care Act, support for marriage equality and winning the first injunction against former President Donald Trump’s 2017 travel ban that barred entry of people from seven Muslim-majority countries. Additionally in February 2017, Herring worked to bring Libyan college student Najwa Elyazgi back to Virginia — who had been abroad renewing her visa at the time of the ban.

“I will never forget being there at Dulles [International Airport] to welcome her home,” Herring said.

For Herring, helping others has been a large inspiration for his call to practicing law and being involved in politics. Prior to his two terms as attorney general, he served in the state’s Senate from 2006 to 2014 and was also a Loudoun County supervisor from 2000 to 2003.

Other highlights, he says, from his terms as attorney general include eliminating Virginia’s backlog of untested rape kits and work to combat the opioid crisis through prosecuting heroin dealers and traffickers while creating a documentary film to expand educational outreach.

Herring says that if he is reelected alongside other Democrats on the ticket, he’s excited to build on progress.

“Now I can work with the Democratic majorities in the General Assembly, a Democratic governor and a dynamic Biden-Harris administration to accomplish more than we ever thought we could,” Herring said.

In reflecting on his terms, despite serving alongside two Democratic governors and lieutenant governors, the Republican majorities in the General Assembly and White House posed challenges for some of his work.

“Right out of the box, my predecessror was leading the charge to defend the unconstitutional ban on marriage for same-sex couples,” Herring explained. “We said, we’re going to go in and fight for marriage equality.”

Early on in his first term, he’d been targeted for impeachment by former Del. Bob Marshall, R- Prince William.

“[Supporting same-sex marriage] was not popular at the time,” Herring said. “But it was the right thing to do. We won, and we’ve made so much progress since then.”

It was not the only time Herring faced backlash. In 2019, amid the blackface scandal surrounding Gov. Ralph Northam and sexual assault accusations surrounding Lt. Gov. Justin Fairfax, Herring disclosed to the state’s Legislative Black Caucus that he’d darkened his face while dressing as a rapper for a party while a student at the University of Virginia. His opponent — Del. Jay Jones who is a member of VLBC — has questioned Herring’s sincerity in his apology. Meanwhile, Herring asserts the incident is not reflective of who he’s matured into since being 19 years old.

In a debate last month with Jones, Herring responded that he has made “protecting or expanding the civil rights of all Virginians a cornerstone” of his administration and added that his office has been a “civil rights office since the beginning” of his first term.

First elected in 2014, Herring says he spent much of his first term “cleaning up” after former Republican Attorney General — and later Trump administration official — Ken Cuccinelli.

“For the first few years I had a lot of cleanup to do. I had a Republican legislation trying to undermine my efforts. Then four years of Donald [Trump] where resources had to push back against the worst impulses of his agenda,” Herring explained.

Though he’s proud of what he’s managed to accomplish in the past eight years, expanding police reforms is a goal that he aims to keep building on.

“I think we will be building on the progress that we have begun to make on racial justice and policing reform,” Herring said.

A recent change he’s been behind is the ability for the Attorney General’s Office to conduct “pattern and practice” investigations into police departments around the state. State Sen. Louise Lucas, D- Portsmouth, carried the legislation in the General Assembly, and it was part of a package of police reform bills that had Herring’s support.

“I asked for ‘pattern and practice’ last summer because the Trump administration could no longer be counted on to do them,” Herring said. “I got that authority and now we are able to investigate departments that may be engaged in biased policing. So that law just took effect in March and we’re already putting it to work.”

Herring also plans to defend any challenges to gun safety laws recently enacted by the General Assembly. He also recently created a Workers Protection Unit — composed of various prosecutors and attorneys to focus on investigations of worker exploitation.

In seeking a third term, Herring notes his experience and track record of progressive cases as reasons why Virginians should choose him as their Attorney General again.

“I have shown time and again that I can take on even the biggest fights and win and deliver results,” Herring said.