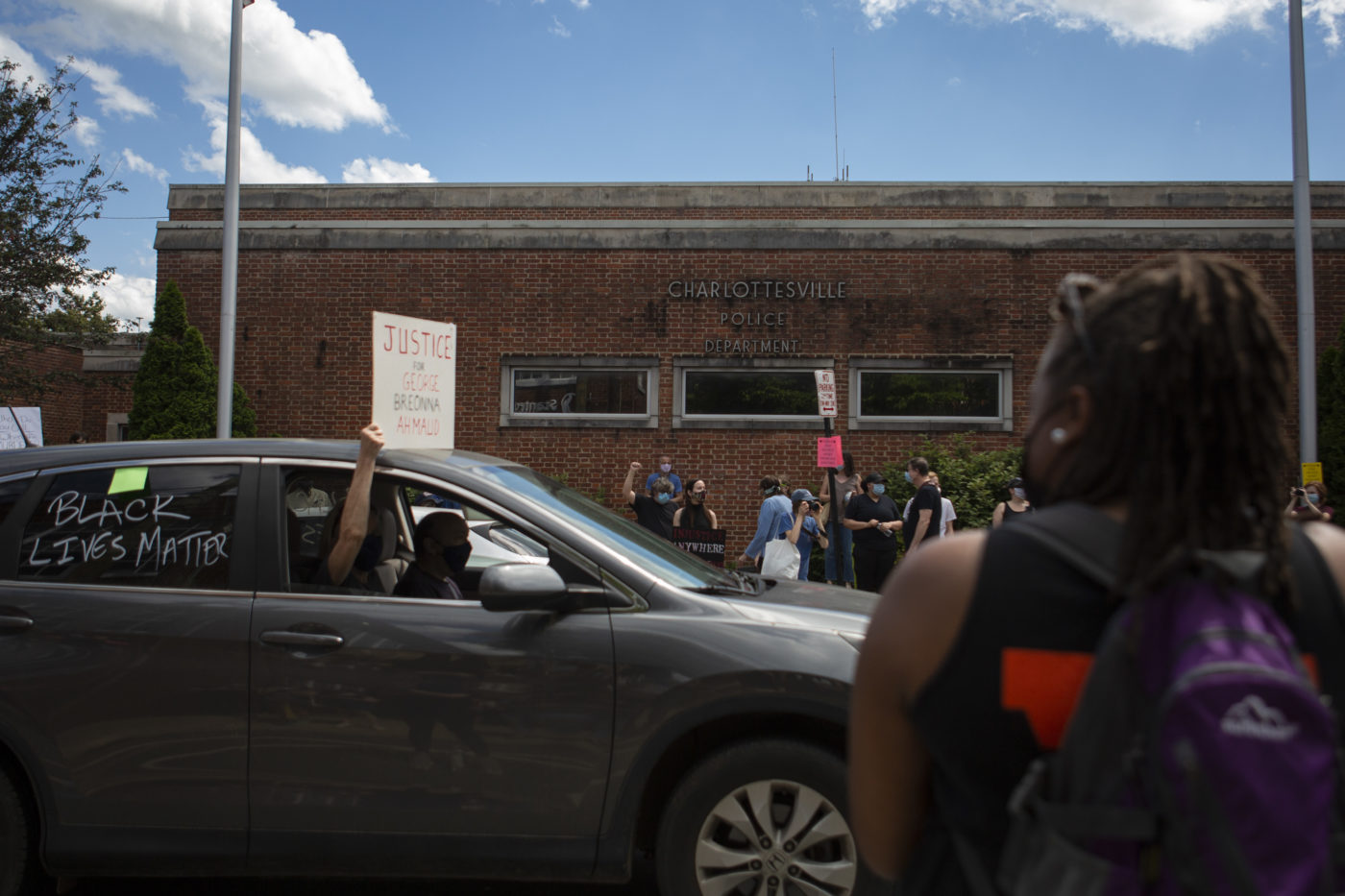 A crowd gathers near the Charlottesville Police Department as a procession of drivers with signs participate as well.

Nearly a thousand gathered Saturday afternoon in downtown Charlottesville for the No Justice, No Peace Black Lives Matter protest, joining other cities around the nation in calls for racial justice.

Over the course of several hours, the crowd made its way from the Charlottesville Police Department building to the Downtown Mall and then to Market Street Park and Washington Park. Along their journey, the protesters occasionally paused at intersections to stop traffic and hold speeches.

Amidst recurring chants of “Black Lives Matter,” organizers — including Zyahna Bryant, Don Gathers and Ang Conn — repeatedly reminded the mostly-masked participants to socially distance as much as possible. As the COVID-19 pandemic continued, they joined demonstrators around the nation calling for justice in the wake of this week’s death of George Floyd in Minneapolis after police pinned him down with a knee pressed to his neck and others, like Breonna Taylor and Ahmaud Arbery who died at the hand of police and vigilantes.

“America is not suffering from the illness of racism, America was built on racism, and that becomes even more apparent and louder when we have to resort to taking to the streets to protect and stand up for our lives in the midst of a global pandemic,” Bryant said in a release ahead of the event. 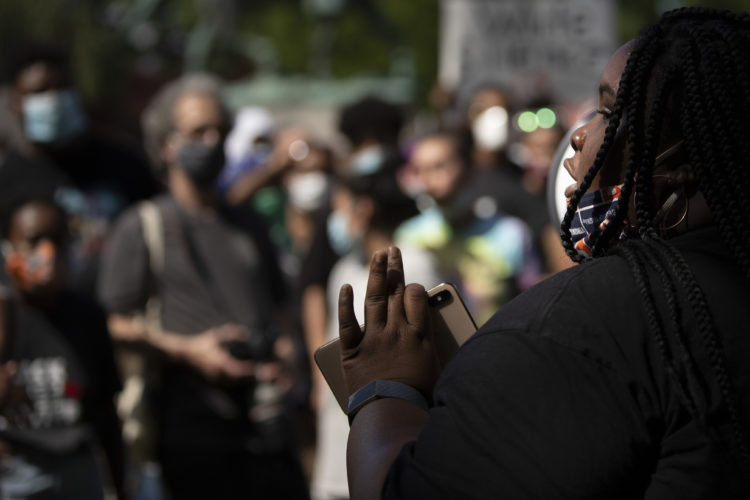 Protesters held signs that read “Black Children Matter,” “No Justice, No Peace” and “Stop Killing Black People” as they walked through the city’s core. At one point during the protest, a participant let off a firework, which was met with a stern lecture from others.

“Those firecrackers right there could have been someone’s fucking life,” said activist Rosia Parker.

Parker, a member of Charlottesville’s inaugural Police Civilian Review Board, was joined by others reminding people to be safe. She then recalled the riots that happened in Minneapolis following George Floyd’s death. 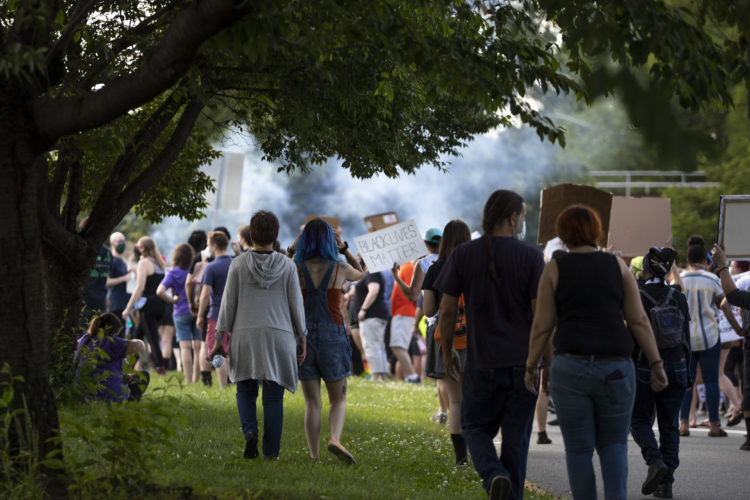 A firework goes off in route to Washington Park.

In light of recent events in the U.S. where Black men and women continue to be targeted by police, Gathers said it’s important to stand for his brothers and sisters across the nation who continue to be murdered in a way that the law allows.

Gathers stressed that non-Black people who are not disturbed or enraged by the latest events going on in the country are complicit. As long as Black people continue to be belittled and looked at less than, Gathers said, he and other activists, will continue to have the same demonstrations and discussions.

“If you’re Black, and you’re not out here and you can be, shame on you,” Gathers said, suggesting that white people who have not decided which side they should be on the discussions should then join the movement.

He said he found it hard to believe that people like him still have to fight the same battles, sing the same songs and “go through the same crap practically” on a weekly basis.

“It’s not police brutality. Let’s call it what it is. It’s murder,” he said. “They continue to have them, and, sadly, once they do, juries and judges continue to let their officers off [who] are guilty.”

There have been many instances where Black people have been treated differently than white counterparts while in police custody or detained, he stressed.

Gathers noted Black people are shot dead in the streets during arrests, while white people are  handcuffed, gently put on the ground and are offered water.

“It makes absolutely no sense that’s what the struggle is about,” he said, adding that President Donald Trump has not made the situation better with his rhetoric.  Referring to Trump’s comments in 2017 after the Unite the Right rally, Gathers said there are no “fine people on both sides.”

There’s no such thing as a good Nazi, he explained, or a good cop who commits murder. A father of three sons, Gathers said that he has to coach his children how to behave in the presence of police is problematic.

“It’s true. Black children, and specifically Black young men, you have to have a different conversation with them than white parents do with their children,” he said.

Throughout the protest, Bryant and Conn said that  advocacy and activism can take other forms; they urged participants to go beyond showing up to demonstrations and to be involved in the local community and government.

With the gathering having begun at 3 p.m., the crowd began to dissipate by around 6 p.m.