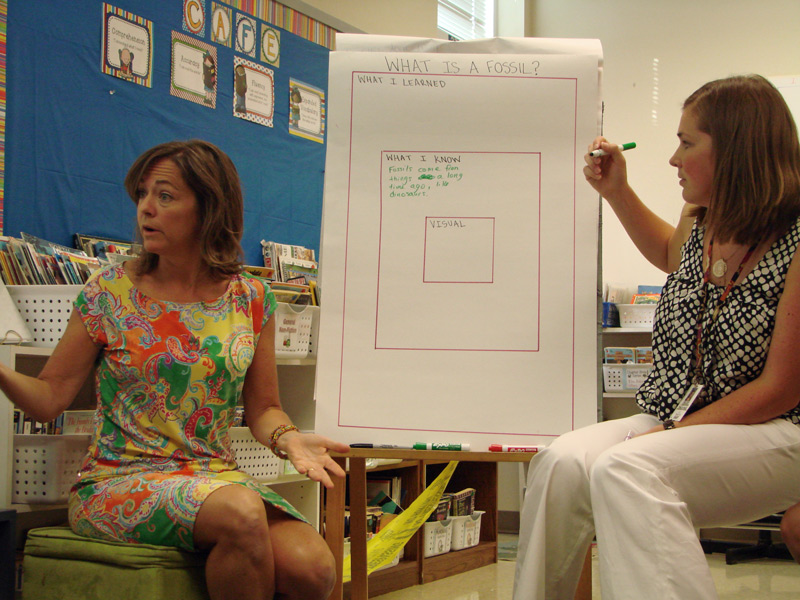 This year marks the second attempt Charlottesville and Albemarle schools have had to rebound from drops in pass rates on the math Standards of Learning exams, but last week’s report from the Virginia Department of Education show neither division made much progress.

In math, scores have dropped by around 15 percent in both divisions over the past two years, with Albemarle passing 75 percent last year and Charlottesville passing 69 percent. In order to earn accreditation this year from the Commonwealth, 70 percent of students must pass the test. Sixty-four percent of students must pass in order to meet federal accreditation benchmarks.

As the new school year begins, math teachers and instructional coaches are tasked with bolstering scores, but what does it take for a division to recover, and what do our schools plan to do moving forward?

Administered by VDOE, the SOLs list what students should know after completing each grade level. Starting in 3rd grade and continuing through high school, students take end-of-year SOL exams in reading and writing, science, math, and history and social studies.

But after years of both divisions posting high pass rates in math, VDOE made the tests, which students take online, and which high school students must pass to earn graduation credit, harder in the 2010-11 school year.

To increase rigor, the tests included questions that could have multiple correct answers—all of which the student would need to identify to earn credit—and technology-enhanced questions that ask students to solve equations and then complete accompanying graphs, charts, or tables.

“Test-taking is a skill, and at this level, you have to teach how you take a test,” Golden says. “When you take the math test, you have to transpose the problem on your paper, then go back on the screen and find the answer, and that was a challenge.”

“I think it has really made us up our game,” Golden says. “You have to go into problem solving and real-life situations and really increase rigor and thought process….We have to teach them how to approach and take apart the problem.”

But Penny Stearns, a math specialist for Charlottesville City Schools, notes that doing so is easier said than done.

Just as the SOL exams have changed, so has the SOL curriculum that guides classroom instruction.

In February 2010, VDOE released a comparison document showing when specific pieces of content should be taught according to the original 2001 SOLs and the updated 2009 SOLs.

Determining square roots of numbers, for example, has moved from seventh grade to sixth grade, and changes like this, Charlottesville math specialist Jenine Daly says, could translate to a slow rise in test scores, rather than a quick uptick to previous numbers.

“A lot of the skills and the concepts that might have been taught in the seventh grade might have been moved down to the sixth grade,” Daly says. “So [rising sixth graders] may not have had the same background in the fifth grade that a new group will have to get to that sixth grade test.”

Despite the curriculum and exam changes, both divisions are working to bring math pass rates up by encouraging instruction that requires students to think critically.

At Cale, Golden and her K-5 math colleagues are developing problem-solving strategies for the students.

“We’ve decided that the best way for our kids to succeed is to use higher order thinking skills, so in order to do that, we break that down into strategies,” Golden says. “We get together as a school and we make sure we’re hitting and developing those strategies so our kids, by the time they leave fifth grade, have thinking skills.”

“If we teach at these higher levels that will translate to the test because we’re teaching thinking skills,” she adds.

In Charlottesville, Assistant Superintendent Gertrude Ivory says, math specialists are working closely with teachers to develop new lessons, and the division is focusing on collaborative planning time for teachers to share ideas.

At the elementary level, Daly says, the division has seen success giving students problem-based questions throughout the year. The practice questions give students numerous opportunities to solve a problem and then articulate how they solved it.

Accreditation numbers are expected in mid-September.

“The kids are going to rise to what we expect them to,” Golden says, “and if we keep the bar low they will rise to that.”

“You can’t teach to these tests,” she adds. “They have to become mathematical thinkers.”