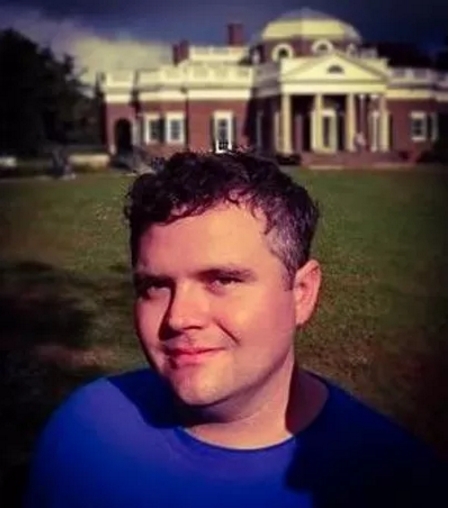 An information technology manager at the software firm Health Data Services is the first candidate to file paperwork to run for Charlottesville City Council in 2017.

Stanford Dale Woodson, 31, grew up outside Scottsville and attended Fluvanna County High School. He graduated from the University of Virginia in 2008 with a degree in sociology. After graduation, he spent a year in the Peace Corps in South Africa.

Woodson, who said he was born in Chile and spent part of his childhood in Mexico, said he was frustrated by the council’s deadlocked Tuesday decision on what to do with the city’s Confederate monuments.

“I wish they would have made a decision one way or the other,” he said Wednesday. “The issue is not bringing anyone together, so we shouldn’t just move it and keep coming back in a couple years. They need to make a decision.”

Frustration with the national political scene and major political parties drove Woodson to forgo aligning with either the Republicans or Democrats.

“I was a big supporter of Bernie Sanders and that camp, and I became sick of all the divisions nationally,” he said. “I want to work to bring people together and close divides in our community.”

Woodson announced his candidacy on his Facebook page on Nov. 30 after posting a link to an article by blogger Jason Kessler calling for Councilor Wes Bellamy to resign due to past offensive social media posts.

“Once he resigns, I am running for the spot in the Charlottesville City Council,” Woodson wrote. “Whether there’s a special election or I just campaign for the next one.”

Bellamy has said he will not resign.

If elected, Woodson said he would like to focus on expanding affordable housing by making sure residents near planned developments are well informed and involved in the permitting process.

Balancing the interests of residents and the economic impact of new developments will be a challenge, Woodson said.

“It’s a tough situation for both sides,” he said. “We need more input from citizens in those areas.”

The terms of Councilors Bob Fenwick and Kristin Szakos expire at the end of this year.

Szakos was first elected in 2009 but said last week that she will not be seeking re-election.

Fenwick was elected in 2013 as a Democrat after being unsuccessful in two independent bids in 2009 and 2011.

Fenwick has not announced his plans but has filed a financial report for the second half of 2016 that indicates his campaign account has a balance of $75.81 as of Dec. 31.

City Democrats will nominate two candidates at a primary June 13, according to Elayne Phillips, co-chairwoman of the city’s Democratic Party.

“Hopefully, someone will find the time, energy and money to give it a try,” Null said.

Anyone who wants to run for council must file a statement of organization, a certificate they are qualified to serve and an economic interest statement. They also must collect at least 125 signatures from registered voters.

Independent candidates have until June 13 to file, but those running in a primary have until March 30. Woodson has so far only filed the statement of organization, which lists his treasurer as Benjamin Marguiles.

Three Charlottesville School Board seats — those currently held by Ned Michie, Leah Puryear and Juandiego Wade — are also up for election this year.
As of Tuesday, only Wade had submitted the necessary campaign paperwork.

City voters will also elect their commonwealth’s attorney, sheriff, commissioner of revenue and treasurer in November.

Both Jeff Fogel and Joe Plantania have filed statements of organization to run in the Democratic primary for commonwealth’s attorney. Platania has announced his candidacy; Fogel has not announced whether he will run.

Fogel is a member of the new group Equity and Progress in Charlottesville, which announced last week that it would recruit and support candidates for local office.

Three seats are up for election on the Albemarle County Board of Supervisors.

Those three magisterial districts also will have School Board seats to fill. Kate Acuff, Pam Moynihan and Graham Paige have not indicated yet if they will seek re-election.

Constitutional officer positions in Albemarle are not up for election this year.