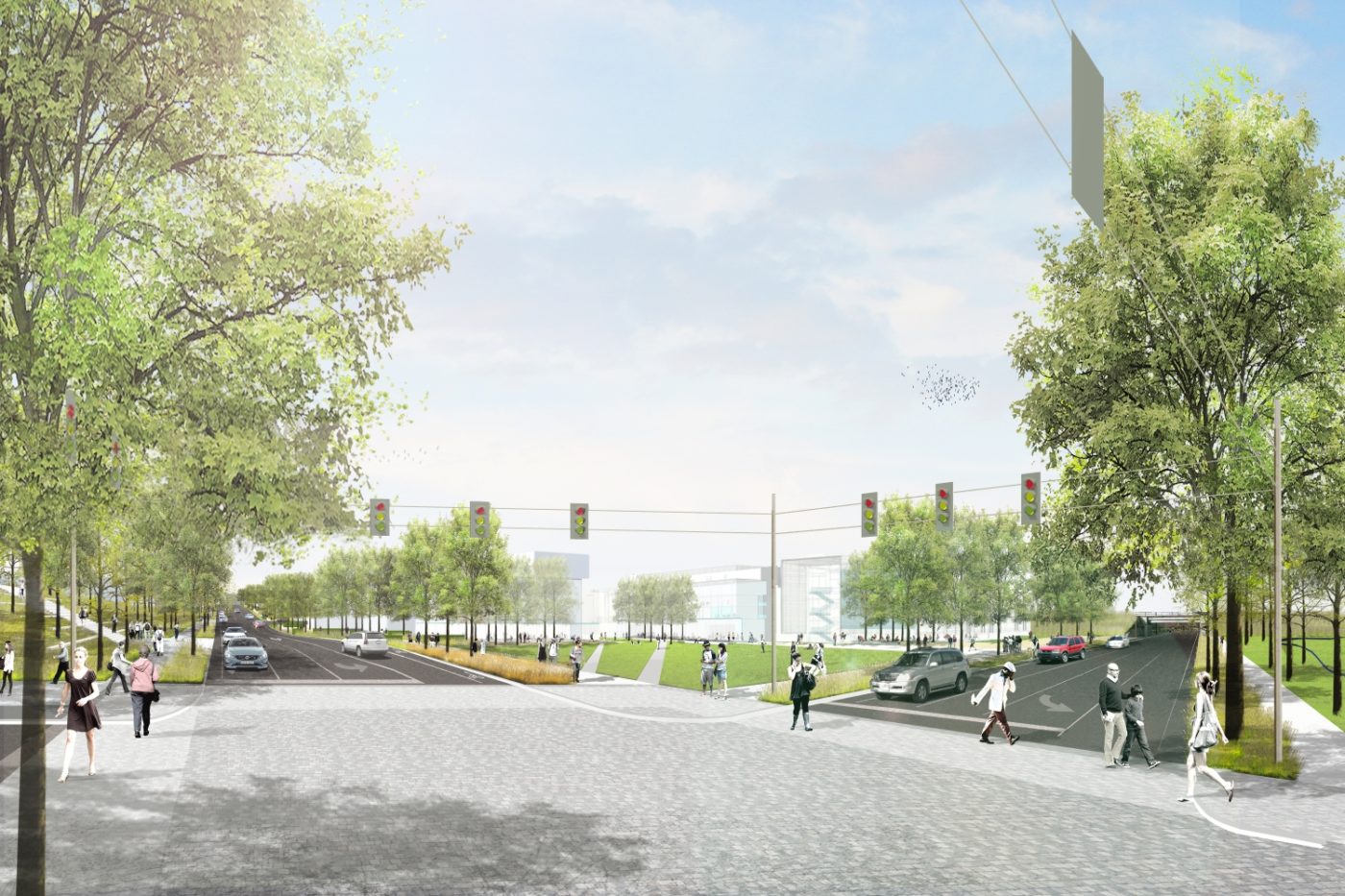 As demolition looms for the Cavalier Inn and the Villa Diner at the corner of Emmet Street and Ivy Road, the University of Virginia is continuing to plan for what could happen next on a 14.5-acre tract of land.

“It’s bound by the railroad tracks to the north, Emmet Street on the east, Ivy Road to the south and Copeley Road on the west,” said Gautam Sundaram, a consultant with DumontJanks, a firm hired to work on the Ivy corridor plans.

UVa and its real estate foundation have slowly been purchasing land in the area to accommodate future growth. School officials briefed the Charlottesville Planning Commission on Tuesday because the plans will have to go before the group in its capacity as the Entrance Corridor Review Board.

UVa properties are exempt from the zoning ordinances in both the city and Albemarle County, but must go through the design review process. The City Council only weighs in if a project’s design is denied and there is an appeal.

While there has been talk of a performing arts center or more dormitories, the university’s architect insists that no decisions have been made about future uses.

“At the moment, all we’re doing is putting forth some scenarios with a new administration coming in to provide options to see what the university’s priorities will be,” said Alice Raucher. “We don’t know what’s going to go there yet.”

One aspect that will remain is a 1,200-space parking garage that was built in the 2000s. Another is a stream relocated by the garage’s construction. The water currently enters into a pipe at the edge of the parking lot behind the Cavalier Inn but will be uncovered after that structure is demolished this summer.

“We came up with the idea of a linear green space which goes all the way from Copeley toward Carr’s Hill,” Sundaram said. “The stream is restored and is part of that green space.”

Sundaram said that part of the plan is to reduce the number of driveways and curb cuts that access the site. There initially will be no vehicular access to the site from Emmet Street. The solution is to create an internal road network with fewer entrances.

“We really break this down into a series of four blocks,” Sundaram said. “That really felt like it started to simplify the entire structure of this site. We’re sort of creating a structure of streets and open space, thinking about future programs and future uses that could be on site.”

The first phase of redevelopment will deal with the landscape architecture and the infrastructure for stormwater. Multiple phases will see construction of new buildings, but there is no timeline for when that might take place.

Creating the framework presents an opportunity for the size and shape of future buildings to be imagined. Attention will be made to ensure the design of the buildings that front Ivy Road will not be out of scale with buildings across the street in the Lewis Mountain neighborhood.

“We’ve started to now look at how we think about what uses could go on the site,” Sundaram said. “We’re starting conversations about understanding what the university needs are. Most important are what uses are most suitable for the Ivy corridor site.”

Future buildings on Ivy Road will be set back 20 feet from the road. That space will include a bike lane, street trees, new lighting and a sidewalk.

“What we’re proposing on Emmet Street is a very similar idea,” Sundaram said. “We’re trying to keep the sidewalk separate from the street, as well.”

The eastern side of Emmet Street will be upgraded through a $12.7 million streetscape funded through the Virginia Department of Transportation’s Smart Scale program and administered by the city. The two designs will be informed by each other.

A new hotel is in the planning stages on the site of the Excel Inn, which was destroyed by a fire last May. That property is not owned by UVa or its real estate foundation.

A concern on Emmet Street is whether there is enough room to accommodate bike lanes in both directions given existing infrastructure.

“There’s a pinch point at the railroad trestle and it’s difficult to get enough width,” said Planning Commission member Kurt Keesecker. The sidewalks pass through a narrow tunnel underneath the short-span bridge.

Raucher said UVa is currently developing a parking study that could relocate some of the current occupants of the Emmet/Ivy Garage elsewhere. That would free up parking to serve future uses at the Ivy site.