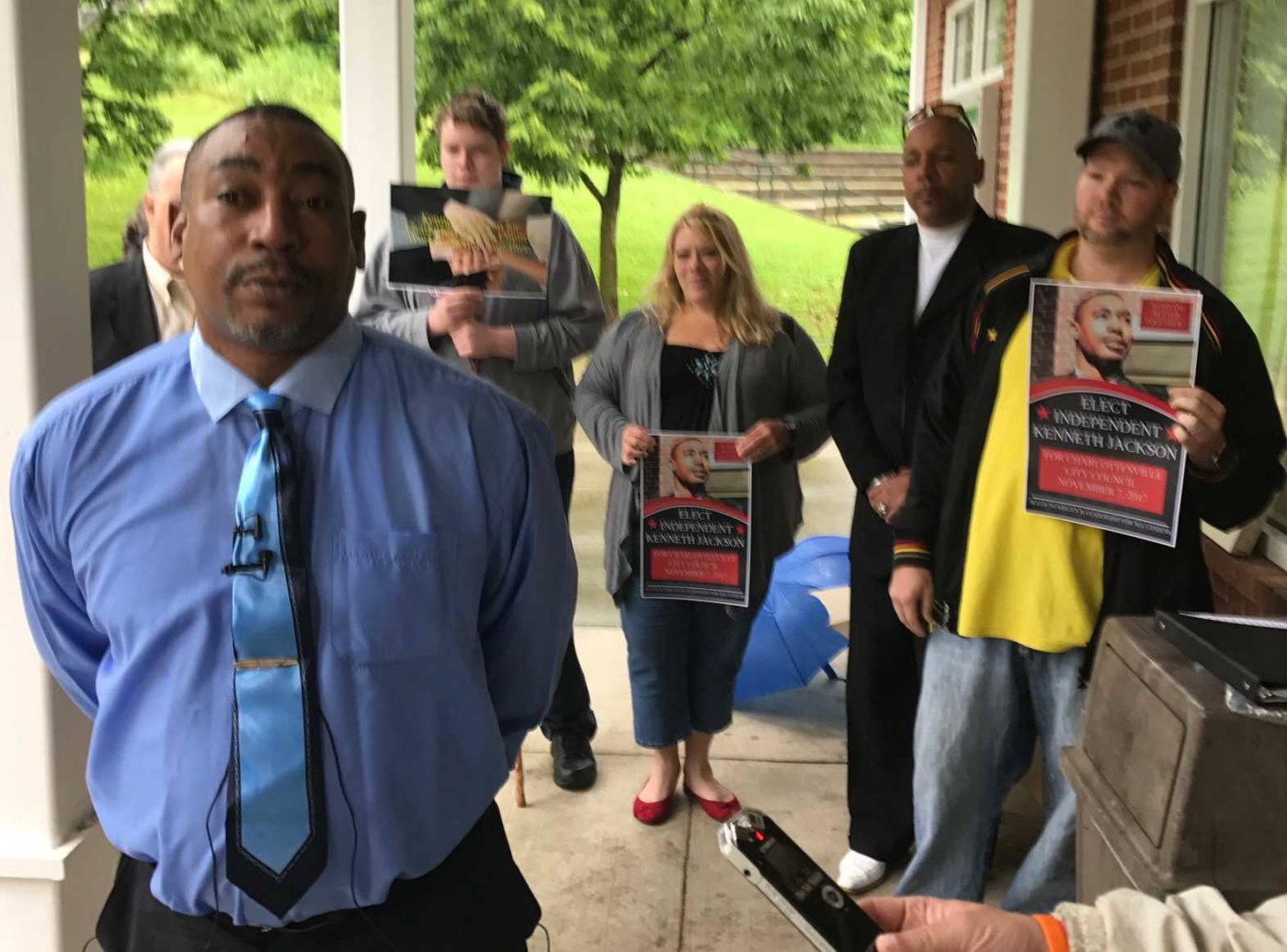 Charlottesville resident Kenneth Wayne Jackson announced on May 12 that he will run for City Council as an independent.

“If you want someone who actually believes that government is for, of and by the people, then I’m the one you want to pick,” Jackson said.

In 2004, Jackson ran as a Republican and came in fifth place with 1,557 votes. The victors that year were Democrats Kendra Hamilton, David Brown and Kevin Lynch.

“I kind of got away from parties simply because it’s about people,” Jackson said. “Regardless of which party you are in, you’re a person and a citizen of the city of Charlottesville.”

Jackson said he is running to provide “actual representation” of city residents.

“We have too many divisive issues that really are not helping the citizens of this city,” Jackson said.

Jackson said he is born and raised in the city and his family has been here for ten generations.

The candidate was introduced by Joe Thomas, a talk show host on WHCV.

Democrats Bob Fenwick, Heather Hill and Amy Laufer are on the June 13 primary ballot. The top two candidates will receive the party’s nomination for the November 7 general election.