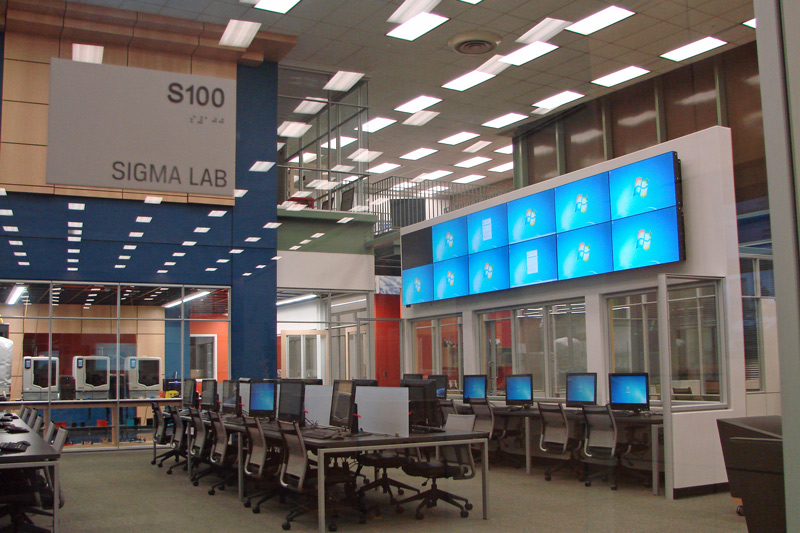 In classrooms throughout the country, glowing touchscreen monitors have replaced chalkboards, and rather than pulling heavy textbooks from their backpacks, students now effortlessly hoist school-issued laptops onto their desks. But one thing many of these products lack is evidence that they benefit student learning.

Due to the proliferation of devices cropping up in schools, the Curry School of Education at the University of Virginia is now partnering with the Jefferson Education Accelerator — an incubator that helps education technology businesses develop — to help product designers evaluate their wares before introducing them into the market.

“At the larger level, it’s an effort to bring evidence to bear in the education technology marketing world,” said Robert Pianta, dean of the Curry School. “By doing this, we think we can essentially demonstrate to the larger communities — both the education technology community and the higher education and K-12 procurement communities — that evidence is important, that evidence can be obtained and that this is a model for doing so.”

To accomplish that, the partnership is establishing a network of schools, school divisions and universities to serve as early adopters so accelerator companies can test their products in classrooms.

For example, Pianta said entrepreneurs need to know if their widgets work as intended, if students are engaged by the technology and how it impacts teachers’ workflow, among other concerns.

“Those are the questions that ultimately have to get answered if a company actually brings something out onto the market,” Pianta said. “We think that there’s great value in engaging in these types of activities, and getting companies to understand that they’ve got to do this.”

Jeff Faust, director of technology for Charlottesville City Schools, agreed, saying that the Accelerator could serve as an informative resource for school divisions, especially those with understaffed technology departments.

That said, Faust emphasized the value the Charlottesville division places on innovative technology ideas that are developed by its teachers, as well as teacher and principal feedback and the pilot programs that the division runs prior to purchasing new technology.

“We’re using metrics to drive that,” Faust said. “You have to be careful, because if you just ask if they like it, it doesn’t give you anything quantifiable as to whether it’s changing practice or helping student achievement.”

The Accelerator will work with about eight companies at a time, Pianta said. It recently welcomed its first business partner, Echo360, a higher education lecture-capture company.

“I’m also interested in the way in which this demonstrates how the expertise of the faculty at a school of education, particularly as serious scholars who pay attention to evidence, can help shape and inform the effectiveness of products and services that are ultimately moved out into school districts and institutions,” Pianta said.

Moving forward, the Curry School dean said he hopes the new relationship will help establish Charlottesville as a leader in the field of educational technology research.

“I’m interested in building Charlottesville and this area as a hub of an education technology ecosystem, with the Accelerator as a central part of that,” Pianta said.