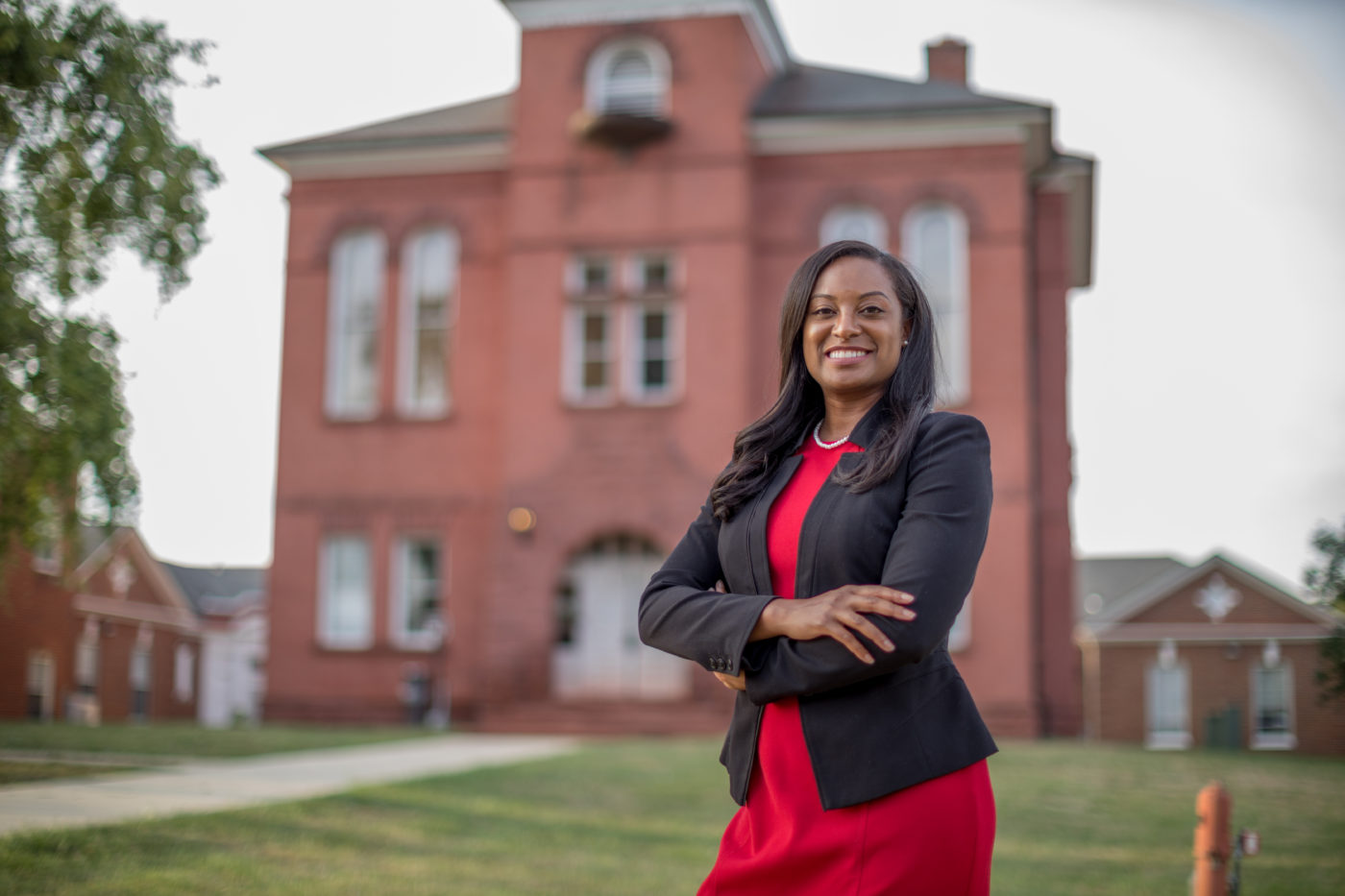 Citing her professional and political record, Carroll Foy said she has more to build upon

Gubernatorial candidate Jennifer Carroll Foy has a history of standing up for others — prior to entering state politics, she has served as a public defender. In seeking Virginia’s top executive position, she promises to continue doing so. In a crowded race of governor hopefuls, Carroll Foy believes her personal and professional past brings good governance to the table.

Growing up in Petersburg, the former state delegate saw the intersection between state and local government — along with how they can let communities down. In recalling poor investment in local schools along with personal family struggles, Carroll Foy recalls a not-so-fond-memory that she attributes as the start of her interest in government, and part of what inspires her bid for governor now.

“I’ll never forget sitting at the table trying to decide if we were going to pay for our mortgage that month or medicine,” Carroll Foy explained of caring for her quadriplegic grandmother. “I wanted to make sure that no other person had to make this impossible decision.”

Not only was the cost of healthcare too expensive for her family at the time, Carroll Foy also recalls seeing many individuals in the area whose mental health and substance abuse issues went untreated, as well.

As governor, she plans to work to lower prescription costs, hold pharmaceutical companies accountable for price gouging and seek ways for the state government to help local governments in programs that aid their constituents.

First elected to the General Assembly in 2017, Carroll Foy stepped down this past December in order to focus on her gubernatorial campaign.

With an interest in service, Carroll Foy was among the first women to graduate from the Virginia Military Institute and went on to become a magistrate and eventually a public defender. Since joining the House of Delegates, Carroll Foy worked to clean up coal ash ponds for her constituents; voted to expand Medicaid; and established a political action committee aimed to bolster campaigns of women, people of color and millennials.

Crediting her experience as a state legislator, a working mother, a community organizer and a public defender, Carroll Foy feels uniquely qualified to lead the state’s executive branch.

“I’ve laid the foundation to be able to move Virginia forward,” Carroll Foy said. “We are going to need a leader with a clear vision and bold solutions.”

Issues Carroll Foy has solutions for include pandemic recovery, investments in education, criminal justice reform, tackling climate change and bolstering the economy, along with campaign finance and lobbying reform.

On criminal justice reform, she has worked while a delegate to raise the grand larceny threshold. In targeting what has commonly been referred to as the “school-to-prison-pipeline,”  she has introduced legislation that requires schools to handle minor disciplinary issues at school instead of referring such cases to law enforcement and supported legislation that decreases the number of days for school suspensions. Carroll Foy also supports ending cash bail.

“The inequity it has created is absolutely offensive. You are more likely to be held in jail pretrial if you are Black,” Carroll Foy said.

Carroll Foy not only wants to infuse equity into policies but help ensure that more Virginians have an equitable chance to represent the state politically, if so inclined.

“The wealthy and well-connected have had a lot of representation in Richmond. Now is the time to build back our commonwealth in a way that we ensure that equity is part of our education system, environment, healthcare and economy,” she said.

That’s why campaign finance reform and lobbying reform are also very important to the gubernatorial candidate. She aims to ban corporate contributions and limit lobbyist influence at the state’s capital.

“Dominion is the largest state-regulated utility, but they are also the No. 1 corporate contributor to legislators. You don’t have to look far to understand the privileges and entitlements they have,” Carroll Foy said.

Because Virginia is a Dillon rule state, meaning localities often must defer to state government for permissions on some policies, Carroll Foy supported the law granting localities authority over what to do with their monuments — a topic born in part of Charlottesville’s efforts to remove or relocate its Confederate monuments. She also supports future legislation that could lessen the restrictions of the Dillon rule without totally lifting it, calling local governments “closest to some people and issues.”

On education, Carroll Foy aims for the state to properly invest in its schools systems so that local governments aren’t “obligated to pick up the majority of the burden.” Growing up in Petersburg, which is in the process of emerging from deep financial woes, Carroll Foy witnessed the burden firsthand.

On healing the COVID-19-impacted economy, Carroll Foy aims to ensure small businesses have access to capital and targeting tax credits to the purchase of personal protective equipment. She also supports building on continuing Gov. Ralph Northam’s G3 Plan, along with support for investment in trade skills education.

As a co-patron of the Virginia Clean Economy Act that passed last year, Carroll Foy asserts that the process of decarbonizing the state’s electric grid is not only a win for climate resiliency but can help bolster workforce development.

On the fact that she could become Virginia’s first female Black governor, she notes that she joins the ranks among others like gubernatorial competitor Sen. Jennifer McClellan and U.S. Vice President Kamala Harris in giving girls and girls of color the visuals of what they can be.

Still, she said, it’s also symbolic of how much more representation the state and nation could achieve.

“We’ve seen the first Black and South Asian woman Vice President, but we also have to acknowledge that we have yet to elect a Black woman to be leader of the free world and any state in this nation,” Carroll Foy explained. “Representation matters. Not only race and gender, but socioeconomic status — someone who can identify with everyday Virginians in a real way.”

When asked about her free time and hobbies, Carroll Foy is all business and usually always busy. Citing the juggling of motherhood — with the latest task of potty training — with work, campaigning and day-to-day duties of maintaining her household, she said it’s been a long time since she had a real day off.

“At this time, a luxury is taking a bath instead of a shower,” Carroll Foy said.  “That’s the life now of so many working women — especially during COVID.”

Back to the Voter Guide>>