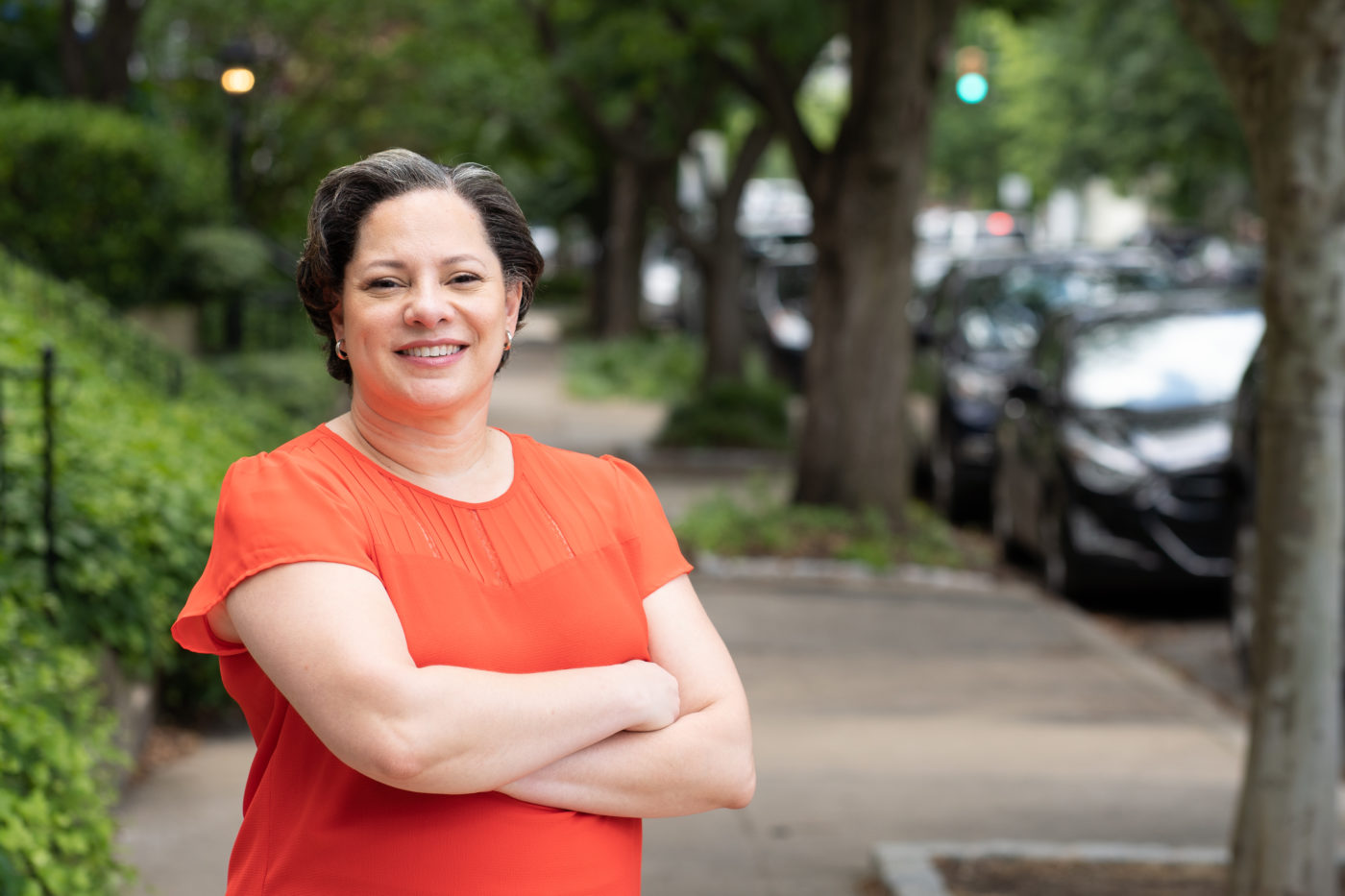 With more than 14 years spent between both chambers of Virginia’s General Assembly, Jennifer McClellan has worked with multiple governors. Now, she wants to be Virginia’s next governor.

“We are at a crossroads as we build a recovery from the pandemic and the economic crisis while we’re dealing with a reckoning with racial injustice and the growing lack of faith people have in government to solve their problems,” McClellan said.

McClellan noted how more likely a bill clears both chambers when a governor makes the issue it addresses a priority.

She added that in setting priorities, the next governor has to understand how the past has shaped policies in the present and have the ability to center all Virginians in post-pandemic recovery moving forward.

“We’ve got to center equity and recognize that it’s not a one-size-fits-all approach in every part of the state,” McClellan explained. “So we’ve got to work with local communities and governments to meet their needs.”

The bottom line, she said, is addressing issues in the economy as well as education and health care systems. McClellan wants to rebuild those systems “in a way that infuses equity and solves problems that existed before COVID.”

McClellan notes the various concerns schools have had around the state from crumbling infrastructure to the struggles to adequately pay and retain educators. Often, she said, too much of the funding is left up to local governments, and as governor, she will make sure that the state provides adequate funding to its education system.

Broadband access — already an issue before the pandemic — became further highlighted as a statewide need as education and businesses shifted virtual. In helping the state bolster its broadband, McClellan said it can be helpful for telehealth, as well.

“We’ve got to expand telemedicine. Some people are driving anywhere from 30 minutes to 3 hours to see a doctor,” she said.

On economic matters, McClellan will create a COVID Long-Term Effects Small Business Loan with low interest rates that small businesses can apply for. McClellan also aims to increase access to capital for small businesses — particularly women and minority-owned businesses which generally face more barriers — through partnerships with entities like the Virginia Community Capital Bank. McClellan will also increase funding to the Virginia Community Development Institutions Fund by $2.5 million per year for five years.

McClellan is also proud to have worked on passed legislation that increased protections for domestic workers such as maids, cooks or home health aides. In the past, domestic workers had not been included in the Fair Labor Standards Act of 1938, which outlined protections like a maximum work week and minimum wage requirements.

“Every woman on my mom’s side of the family was a domestic or home care worker at some point in their lives,” McClellan said. “Their experiences were never raised in the General Assembly until I started carrying the Domestic Worker Bill of Rights.”

In connecting the state’s economy to its role in mitigating climate change, McClellan was a patron of the Virginia Clean Economy Act. In building on the bill, she will take further action to expand solar and wind technology and investment in electric vehicles. McClellan also supports high-speed rail around the state.

McClellan says she is proud to have been part of Virginia’s Medicaid expansion, but she said the work will not stop there. As governor, she plans to make a state-based health care exchange.

At its core, governance comes down to listening to constituents, McClellan said.

As governor, McClellan will apply the same public service and open ear she has utilized during her time in the General Assembly. Public service and building trust in government’s role to serve is why McClellan “got into politics in the first place.”

She recalls being at a town hall prior to the pandemic when an elder woman who’d not voted in a while and admitted she’d stopped paying attention to politics approached McClellan to tell her that her passion had been renewed.

“I’ve shown up in our communities and met people where they are,” McClellan said.

And though much of her campaigning has been virtual due to the pandemic, she notes the impact outreach can have on community engagement.

Calling a lack of trust in government and political divisiveness one of the pandemics the state and nation is recovering from, McClellan wants to be a governor that people can trust. And amid the calls for criminal justice reform and commitment to racial equity, McClellan will build on her prior commitments.

A member of the state’s Legislative Black Caucus, McClellan has also been part of legislation centered on Black Virginians. If elected, she could also become the nation’s first Black woman governor.

In noting the nation’s renewed shouts of “Black Lives Matter” over the past year, she recalls the summer of 2017 and how easily momentum slowed for some.

Shortly after white supremacists and neo-Nazis marched through Charlottesville — culminating in a deadly attack — McClellan watched and wondered how the state and nation would react.

“One of the things that frustrated me was I thought in the weeks after Unite the Right, if ever there was a time that we’re going to commit to this reckoning with racial injustice it would be then,” she explained. “We did for a while but in a lot of parts of Virginia, people moved on. I think now there is that recommitment. We just have to make sure we keep it going.”

With parents who lived during the Jim Crow era, McClellan reiterates her understanding of the connections between past and present when it comes to policy making. As a self-proclaimed history nerd, McClellan has also done research on family history and has “opened that research” to her children.

“I’m fighting the same fight my parents, grandparents and great grandparents fought,” McClellan said. “I can’t look my kids in the eye and tell them I did everything within my power to keep them from fighting those fights, unless I’m willing to step up and do everything in my power — including running for governor.”