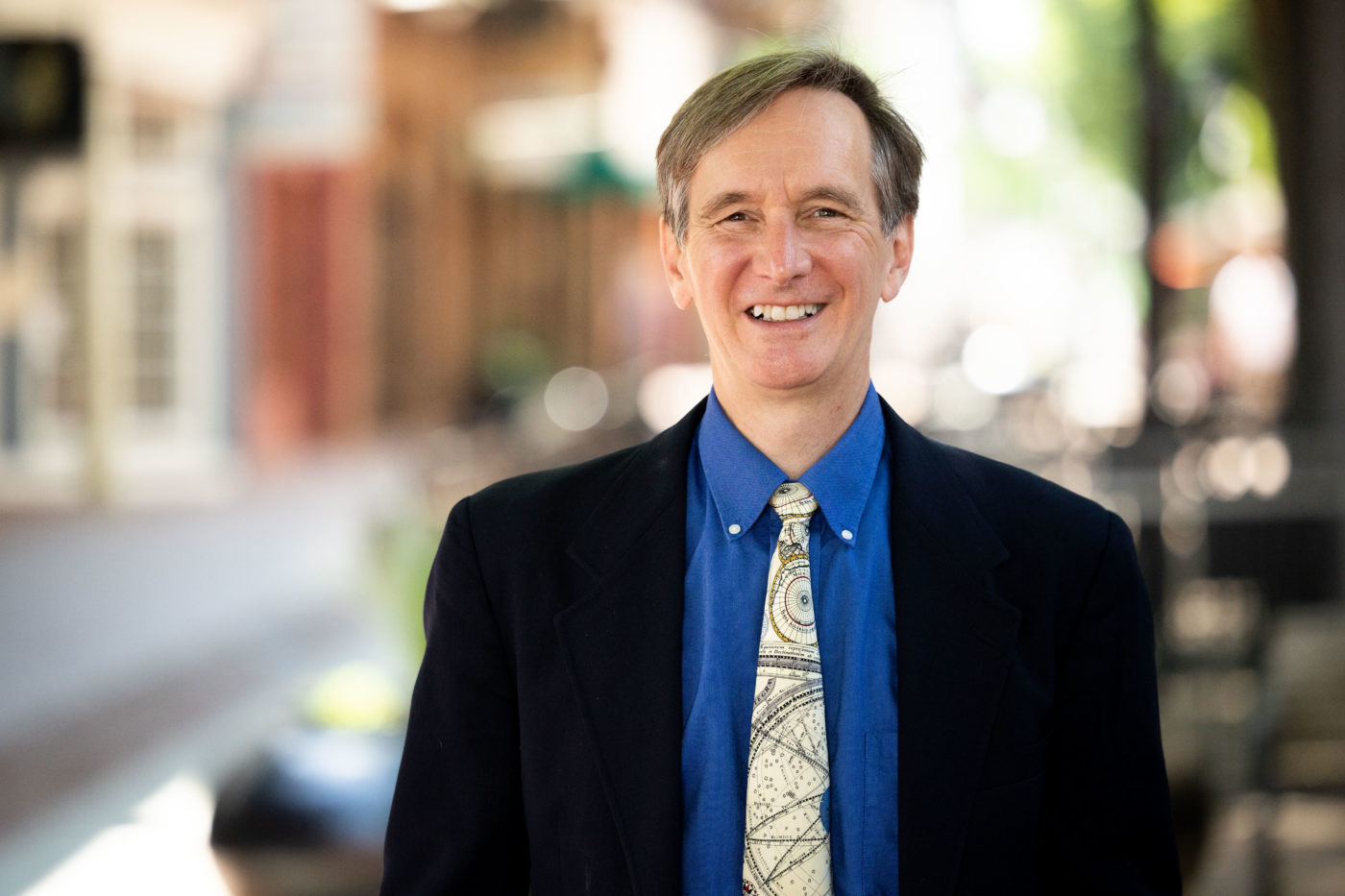 Retired lawyer, physics professor and Legal Aid Justice Center volunteer Jim Andrews never imagined that he would run for local government office. Then he saw an opportunity to apply his expertise to an opening on the Albemarle County Board of Supervisors.

“I have a long history of being connected in this community, but I’m just now getting into this sort of thing,” Andrews explained. “I’m grateful to Liz Palmer’s endorsement as she steps down.”

Supervisor Liz Palmer has been a fellow Democrat representing the Samuel Miller District since 2013.

While neighboring Charlottesville’s two open City Council seats have a handful of candidates vying for them — and Charlottesville’s local government is not district-based — Albemarle’s three open seats currently have no opposition. Incumbent Supervisors Ned Gallaway, D-Rio, and Diantha McKeel, D-Jack Jouett, are both so far running unopposed. Andrews also appears to have no challenger ahead of the Democratic primaries on June 8. The general election is on Nov. 2.

Despite no apparent challengers, Andrews is concerned with how he can help the county from a government position.

“I worry about problems sometimes before they arise and seek solutions,” Andrews said.

Among those problems and solutions are proactively confronting climate change, funding schools and broadband expansion, crafting an equitable approach to the economy and addressing affordable housing in the county.

While he has lived in Albemarle County since 2017, Andrews’ ties date back to attending law school at the University of Virginia in 1979. He also returned frequently because his spouse is originally from a family farm in the Samuel Miller District. A native of Ohio, it was there that he worked as both a lawyer and a physics professor. In the time since settling here, he’s helped manage farmland and forestry — which they took over from family initially in 2007 — and has volunteered with the Legal Aid Justice Center.

“I think my training as a physicist and a lawyer has prepared me for deep dives into policy, budgeting, the Comprehensive Plan, the Climate Action Plan, the affordable housing plan and others,” Andrews said. “I want to put my worries into finding creative solutions to problems.”

Andrews said that his data-driven approach throughout his career can be an asset to the Board of Supervisors — and anything he isn’t an expert on, he can learn about.

“As a scientist, I am used to looking at data. Technical details — both as a scientist and a lawyer — are kind of our bread and butter,” he explained.  “I don’t mind digging in deep to understand something.”

Understanding the current affordable housing issues that the area has been facing are something he looks forward to expanding his knowledge on.

“People who work here should be able to live here,” Andrews said. “I see a number of people in the mornings coming towards the city and at the end of the day, leaving the city. Some of that is not by choice.”

Andrews supports the affordable housing strategy that the county is developing. As it gets folded into Albemarle’s Comprehensive Plan, Andrews looks forward to helping bring about more mixed-use neighborhoods that are walkable with access to public transportation. He said he looks forward to being part of the cooperation between local government as well as private developers and nonprofits.

As much as land use connects to housing, Andrews notes its role in achieving the county’s climate goals as well. He supports infrastructure to enhance stream health, protect or create more green spaces in urban areas, and calls the abundance of forestry or farmland in his district an “important carbon sink.” He has also been an advocate for the county’s development of its Climate Action Plan and the community feedback it has implemented along the way.

Having guided the management of farmland in the county, Andrews said it is also important for the county to maintain its land use tax deferral program — which values and taxes certain rural lands based on its uses rather than at market value.

Broadband is also another priority for Andrews.

He notes how the pandemic further highlighted the accessibility issue for Albemarle from businesses to schools and students. He plans to help the county tap into every available state or federal resource that may help further the needed broadband infrastructure to rural parts of the district.

On education, Andrews acknowledges that many people choose where they want to live in part due to the resources or quality of the school systems.

Though he taught physics at the collegiate level, as an professor at a public university, he often coordinated with public school teachers on workshops and mentoring.  Andrews plans to advocate for funding and equitable distribution to Albemarle County Public Schools.

In the meantime, Andrews is focused on connecting with Samuel Miller District voters and communicating his goals and abilities.

“I’m going to be better at doing the work than campaigning. It’s the kind of work that comes naturally to me,” he said.