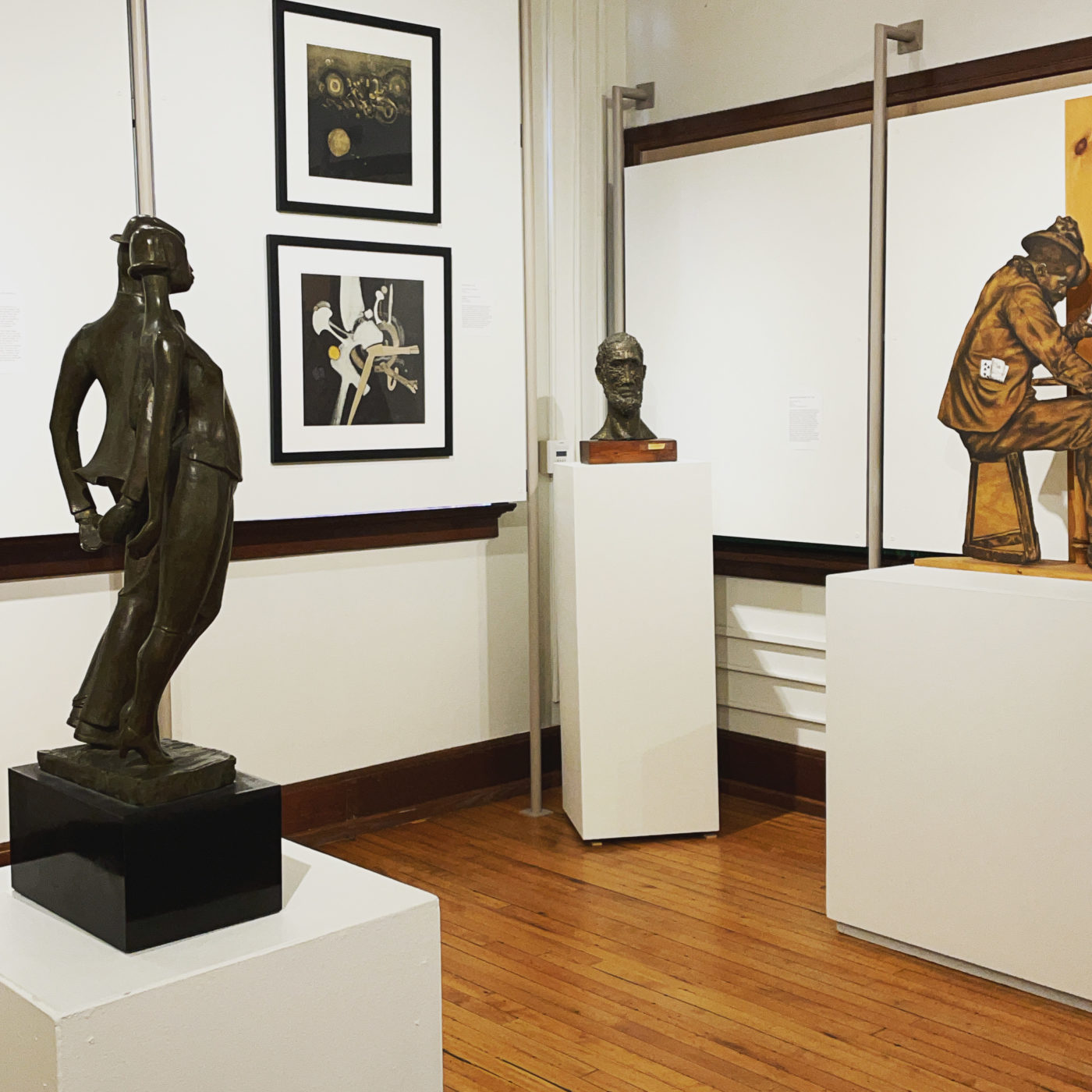 “Charlottesville Collects African American Art” is set to run through May.

Rather than showcasing just one artist, the exhibition features the work of 14 Black artists from Charlottesville and across the country. Artists shown in the gallery include Gordon Parks, Robert Reed, Carrie Mae Weems, Jacob Lawrence, Whitfield Lovell, Jonathan Green and more.

JSAAHC Executive Director Andrea Douglas, who curated the gallery, said the range of artists and methodologies are in conversation with one another.

“If you’re going to make any statements about what it looked like for an African American artist to respond to their cultural space, what would it look like? Obviously, you can only do that through a group show,” Douglas said.

Formerly a curator at the University of Virginia Art Museum, Douglas formed relationships with some local artists showcased in the exhibition through her curatorial work. The gallery displays, for example, the work of Charlottesville artist Frank Walker, whose art has been shown at the Heritage Center since 2011.

The gallery’s art spans the latter half of the 19th century and first 20 years of the 21st — a timeline that Douglas said represents a complex and “broad visual space.” By the 1970s, Black artists had begun to both teach art and head to art schools amid the Black Arts Movement of the 1960s and ’70s.

Douglas described the contemporary gallery as additive to the Heritage Center’s permanent and prior exhibitions. She will give a curator talk on the exhibition Feb. 13.

“We’d like our contemporary exhibitions to be in conversation with our permanent exhibitions, so when you walk through from one space to the next you’re informed by them both,” Douglas said. “History is thought of as far away and long ago, but in fact it’s present and constantly evolving, and we are always impacted in some form by it.”

“Charlottesville Collects African American Art” will remain open until May 19. Tickets to the Heritage Center are available for free online.

To prevent the spread of COVID-19, JSAAHC requires all visitors to wear masks and limits group visits to no more than eight.