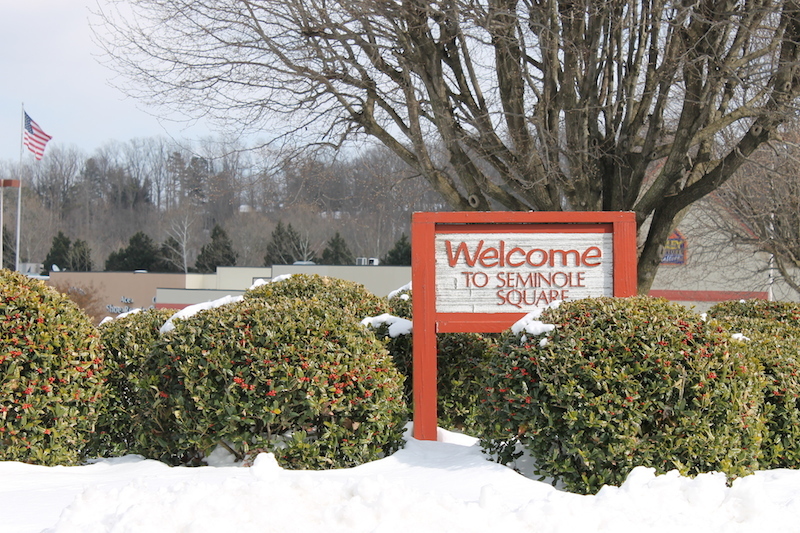 The Kroger grocery store that sits near the corner of Hydraulic Road and U.S. 29 in Charlottesville is planning a major move.

The store wants to move north into a renovated and enlarged building that was previous a Giant grocery store in the Seminole Square shopping center.

Giant shut down in 2012 in the face of stiff competition not only from Kroger, but other nearby stores, including Whole Foods Market, Trader Joe’s and Food Lion.

Kroger wants to add on to the back of the old store and needs a critical-slopes waiver from the city to facilitate the expansion.

However, the owner of a neighboring apartment community said she is concerned about the impacts construction will have on the complex, Hearthwood Apartments, which is behind and below the site on Michie Drive along Meadow Creek.

“You have a right to do what you want with your property, but we want a quiet residential [area], as well,” Alex Cannon, of Cannon Properties, said at a recent meeting with Kroger representatives and city planners.

Noise, buffering, lighting and construction were among Cannon’s concerns. A majority of the residents at Hearthwood Apartments are refugees resettled by the International Rescue Committee.

Kroger has to put in a retaining wall behind the store for elevation and safety purposes because it wants to build a truck turn-around.

“Whenever there is a significant enough difference in elevation, retaining walls are put in place,” said city planner Heather Poole. “There is one behind Whole Foods for the same reason.”

Cannon said she lost many residents during the construction of Whole Foods, which also had moved from a previous local site.

“The front line of the existing [building] is the front line of Kroger,” said David Mitchell, construction manager at Great Eastern Management, which is leasing the property to Kroger. “It expands to the back, so we have applied for a critical-slopes waiver.”

Cannon said her concern is the look of a flat, concrete retaining wall. She said the trees there today are beautiful but are not buffer trees as they lose their leaves in the winter.

“We currently have a nice wooded area all around and we are talking about tearing it down, putting up a 30-foot wall … which changes the whole landscape of a private residential area,” she said. “It’s too much.”

Cannon said she also is concerned about the noise of trucks turning around and thinks more trees in front of the wall would be a better noise buffer.

“With the layout I have, I am forced to have this type of plain gray wall,” said Toby Locher, assistant construction manager for Kroger. “It would be near to impossible to put trees up there.”

Locher said he would relay Cannon’s concerns and do what he can.

“We are using the existing walls on the front and sides of the building and we consider the sensitivity of those surrounding us,” said Locher.

Beth Wilson, the property manager at Hearthwood Apartments, said the complex is working with Kroger officials for a positive outcome.

“I hope the construction wouldn’t hurt the integrity of the complex but they have said they are going to work with us and we have done the same,” she said.

Wilson said she doesn’t think the residents will be upset with the development as long as they know the complex has made the best effort to work with what they have.

Mitchell said an environmental benefit of the project relates to improvements in the handling of stormwater.

“It has failed and is currently causing problems with Meadow Creek in the back,” said Mitchell. “Kroger will be treating off-site water and putting in two underground basins and releasing that into the stream a better way.”

Poole said that will be an asset to Meadow Creek.

Locher said if the critical-slopes waiver is approved, Kroger plans to start construction this summer and finish a year later.

The waiver request was deferred at the last city Planning Commission meeting to allow further discussions between Kroger, Great Eastern Management and Cannon. The commission is expected to consider the matter again March 10.