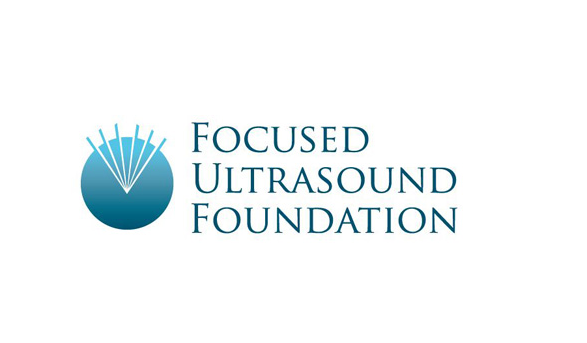 The results of the first ever clinical trial of focused ultrasound to open the blood-brain barrier (BBB) in patients with Alzheimer’s disease were published today in Nature Communications and also presented at the Alzheimer’s Association International Conference (AAIC) in Chicago, Illinois. The pilot trial demonstrated the feasibility and preliminary safety of focally, reversibly and repetitively opening the BBB.

“This trial is the first small, but critically important, step in a process that could potentially lead to a novel approach to delivering drugs to the brain to treat Alzheimer’s disease,” said Neal F. Kassell, MD, founder and chairman of the Focused Ultrasound Foundation. “This study widens the horizon of possibility for focused ultrasound to become a treatment option for many neurological disorders by demonstrating that the technology can, in fact, be used to open the blood-brain barrier to allow drugs in higher concentrations, and those that may otherwise be excluded, to reach the brain.”

The study, “Blood-Brain Barrier Opening in Alzheimer’s Disease Using MR-guided Focused Ultrasound,” was conducted at Sunnybrook Health Sciences Centre in Toronto under the direction of Nir Lipsman, MD, PhD, Director of the Harquail Centre for Neuromodulation, and used Insightec’s Exablate Neuro device. The Focused Ultrasound Foundation funded and facilitated the organization of the trial.

“By successfully opening the BBB safely and reversibly in patients with early to moderate Alzheimer’s disease, we can support the continued investigation of focused ultrasound as a potential novel treatment, and further study the delivery of therapies that otherwise cannot access the brain,” said Dr. Lipsman. “While it is still early in development, focused ultrasound may in the future provide a noninvasive, effective way of delivering large molecules such as antibodies directly to the brain to help patients with Alzheimer’s.”

The next phase will investigate the safety and efficacy of using focused ultrasound to breach the BBB in a larger group of patients with Alzheimer’s in a Phase 2a trial beginning this fall.

“This research using Insightec’s Exablate Neuro device is truly groundbreaking as it explores a new application for focused ultrasound,” says Maurice R. Ferré, MD, Insightec’s CEO and Chairman of the Board of Directors. “The disruption of the BBB has the potential to break down the barriers to treatment options in the brain with the promise to help millions of patients around the globe.”

Focused ultrasound uses ultrasound energy guided by real-time imaging to treat tissue deep in the body without incisions or radiation. Multiple intersecting beams of ultrasound are directed and concentrated on a target; much like a magnifying glass can focus multiple beams of light on a single point. Where each individual beam passes through the tissue, there is no effect. But, at the focal point, the convergence of the beams of focused ultrasound energy results in many important biological effects depending on the nature of the tissue and the ultrasound parameters. Focused ultrasound is approved in the United States to treat essential tremor, uterine fibroids, pain from bone metastases, and the prostate. Additional indications are approved outside of the US. The technology is in various stages of research and development for more than 100 diseases, including Alzheimer’s disease, Parkinson’s disease, hypertension, and tumors of the brain, liver, breast, and pancreas.

About Alzheimer’s Disease and the Blood-Brain Barrier

Alzheimer’s is the most common neurodegenerative condition, estimated to affect more than 13 million Americans by 2050. The accumulation of extracellular beta amyloid and intracellular neurofibrillary tangles are believed responsible for cell death and tissue loss in Alzheimer’s patients. Medical treatments to date have been only modestly effective at slowing cognitive decline and can only treat the symptoms. It is difficult to get other promising drugs to their targets within the brain because of a protective layer known as the blood-brain barrier. This layer of cells lines the blood vessels of the brain and prevents harmful substances, such as toxins and infections, from diffusing into the surrounding brain tissue. Unfortunately, it also prevents adequate amounts of some medications from reaching diseased brain targets. Safely and temporarily opening the blood-brain barrier to deliver drugs has been a long-sought goal in medicine.

About the Focused Ultrasound Foundation

The Focused Ultrasound Foundation was created to improve the lives of millions of people worldwide by accelerating the development of this noninvasive technology. The Foundation works to clear the path to global adoption by coordinating and funding research, fostering collaboration, and building awareness among patients and professionals. The Foundation is dedicated to ensuring that focused ultrasound finds its place as a mainstream therapy for a range of conditions within years, not decades. Since its establishment in 2006, the Foundation has become the largest nongovernmental source of funding for focused ultrasound research. More information can be found at www.fusfoundation.org.

AAIC is the largest and most influential international meeting dedicated to advancing dementia science. Each year, AAIC convenes the world’s leading basic science and clinical researchers, next generation investigators, clinicians and the care research community to share research discoveries that will lead to methods of prevention and treatment, and improvements in diagnosis for Alzheimer’s disease. The 2018 meeting is being held July 22- 26 in Chicago with more than 5,000 attendees expected.

Nature Communications is an open access journal that publishes high-quality research from all areas of the natural sciences. Papers published by the journal represent important advances of significance to specialists within each field.