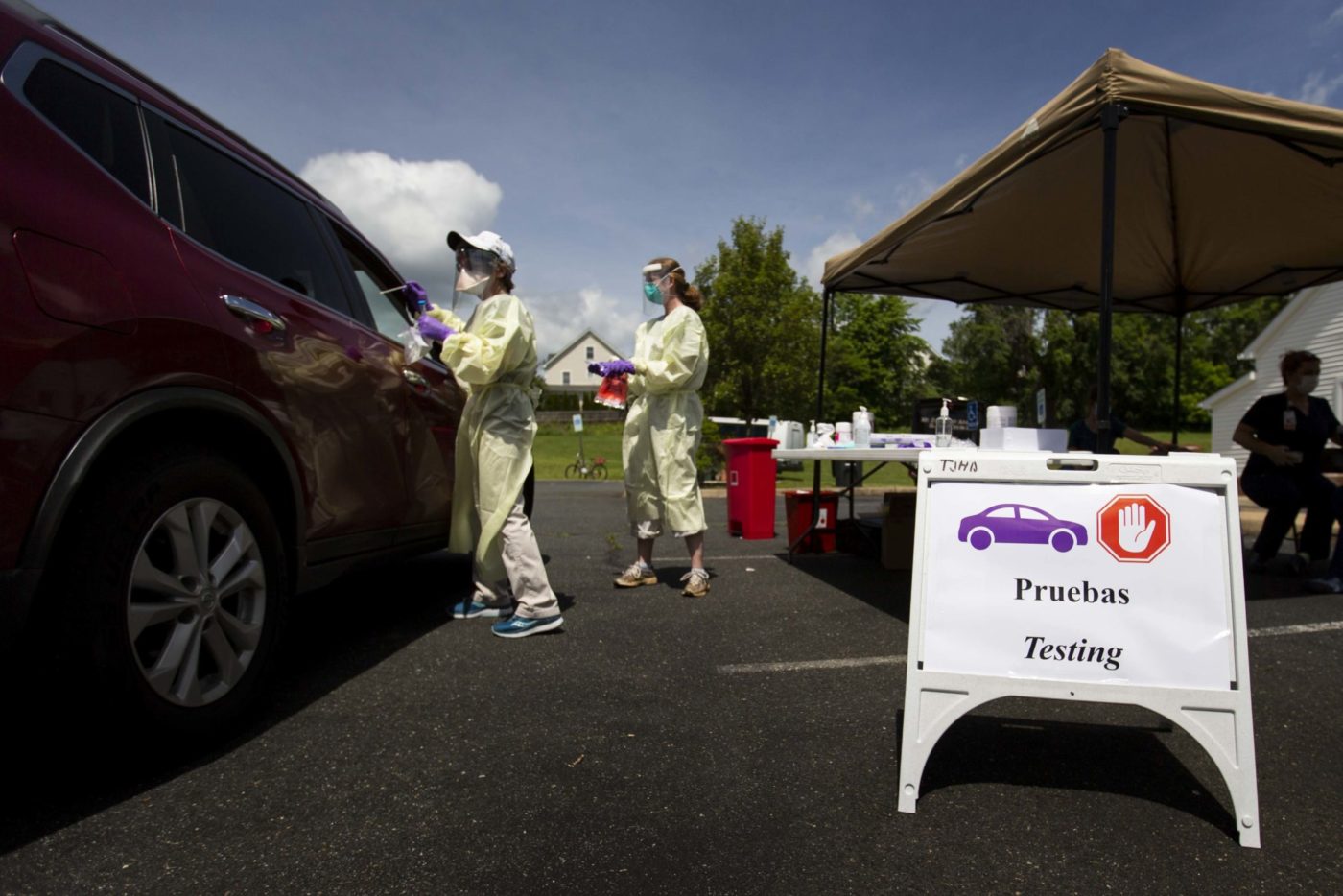 A few weeks into the coronavirus pandemic, Nelly began to feel like she couldn’t breathe.

The Mexican immigrant living in Charlottesville began to panic. She called a doctor she knew.

“I told him, I’m feeling this,” Nelly said in Spanish. “He told me, ‘First, calm down. Everything will be OK. Isolate yourself, please. Don’t go out. And if you start feeling bad, go to the hospital.’”

Nelly locked herself in her bedroom and waited. Slowly, the symptoms disappeared.

Though a test later showed that Nelly — who asked that her last name be withheld — did not have the novel coronavirus, as a Latino person she is still four times more likely than her white neighbors to contract it.

Latino residents now account for more than a quarter of the coronavirus cases in Charlottesville and surrounding counties — despite being only about 4.8% of the population in the Thomas Jefferson Health District.

Statewide, that division is even starker. Fifty percent of all Virginia’s cases are Latino people, according to the latest figures from the Virginia Department of Health. They are only 10% of the state’s population.

“That is quite alarming,” said Dr. Max Luna, an associate professor of medicine at the University of Virginia’s Division of Cardiovascular Medicine and founder of the Latino Health Initiative.

“But it has nothing to do with the race or ethnicity,” Luna quickly added. “It’s the socioeconomic hardships they go through that make them more prone to infection.”

There are several things about the way that many Latino people live that increase their likelihood of becoming sick, Luna said.

One, Latino workers — especially recent immigrants — tend to have service-type employment in places like restaurants and hotels. These jobs require workers to be physically present, and often interact with other people.

Many Latinos have continued working these jobs through the pandemic while other Americans have stayed home.

Nelly’s situation is fairly typical among Latino immigrants in Charlottesville, she said.

Before the pandemic hit, she supported herself by cleaning houses and working at a local restaurant. Then in March, when Gov. Ralph Northam issued an executive order closing dine-in restaurants, her employer cut her hours to just a few a week. Around the same time, the owners of the homes she cleaned canceled her services.

Ever since, Nelly has struggled to pay her bills. She’s desperate for work — any work.

Last week, she found a job as a gardener, clearing weeds and laying mulch at a house in Charlottesville.

“It scares me [going to work] because I’m exposing myself,” Nelly said. “But I need to work because the collections keep coming. And they don’t say, ‘Oh, it’s the pandemic, you’re not working much, I will forgive [the bill] or give you a discount.’ No, you have to pay, like always.”

Nelly said she always wears a mask and stays as far from other people as she can.

That’s not something everyone in the Latino community is able to do this, though.

“The cost of living is high here,” said Javier Raudales, a client service Coordinator at Sin Barreras, a Charlottesville nonprofit that serves the Hispanic community. “So, in the Latino community, you’ll often have multigenerational families living together in a space we would consider single occupancy.”

Living in such close quarters means it’s all but impossible to isolate a sick person from the rest of the family, Raudales said.

Organizations like Sin Barerras have been scrambling since the start of the pandemic to help the Latino community through the crisis.

Besides offering financial support, the group uses its Facebook page to share information in Spanish about things like wearing a mask, washing your hands and staying home if you feel sick.

The event was focused on people of color, Luna said. About 17 percent of the 244 people tested came back positive.

Such efforts to increase testing in the Latino community is the first step in helping to control the virus spread in that and other underserved communities, said Dr. Taison Bell, an assistant professor of medicine in the divisions of infectious diseases and international health and pulmonary and critical care medicine at UVA.

The next step is to isolate the positive patients.

“By creating solutions, like finding temporary housing solutions for people who don’t have that option to have a spare bedroom or somewhere to go to isolate themselves is important,” he said.

Bell added that it’s unclear if reopening the state has meant an increase in cases. Too few people were being tested before early June, when “Phase II,” in which businesses partially reopened, to know for sure.

Bell stressed that the number of cases was high prior to that.

In Culpeper , for example — which was 17% Latino in 2013 — 45% of the symptomatic patients tested positive for the virus when his team conducted a community testing there last month.

“That indicated there was a high number of the virus circulating in that Latinx community there,” he said. “What Phase II does since we’re reopening up and more people are interacting with each other, it adds more ability for the virus to cause infections. But it seems like [the spike] was a problem before Phase II.”

Bell, and other public health experts, urge everyone to take COVID-19 seriously because the virus is still circulating. Continue wearing a mask and wash hands frequently.

“This is something that’s going to be around for a while,” Bell said.