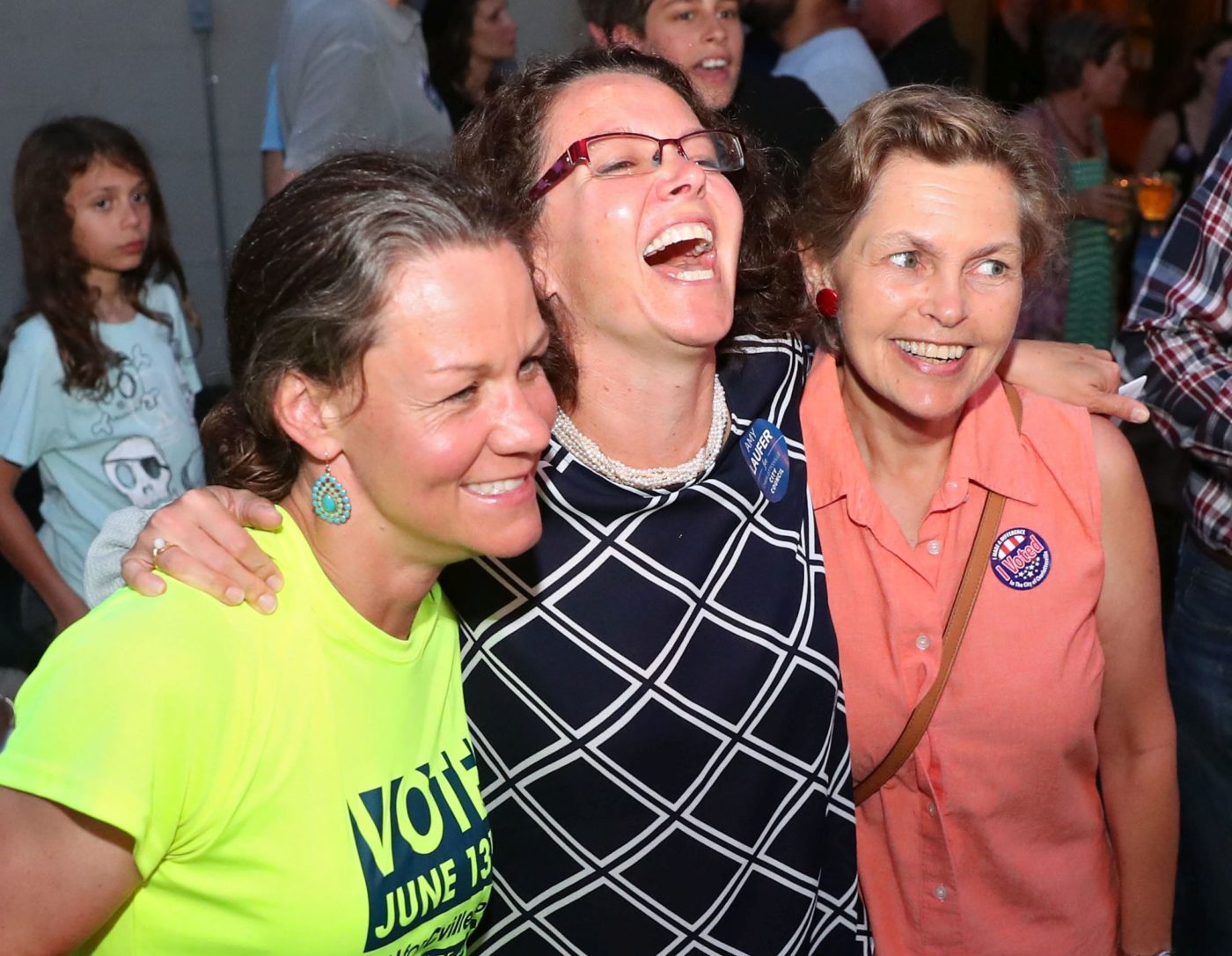 There will be at least two new members of City Council in January now that incumbent Councilor Bob Fenwick has failed to secure one of two Democratic nominations for the office.

With all nine precincts and absentee ballots reported, Laufer had 6,249 votes followed by 4,591 votes for Hill. Fenwick had 2,719 votes. That translates to Laufer having 46 percent of the vote, Hill having almost 34 percent and Fenwick just above 20 percent.

Both victors are preparing to continue campaigning for the general election on November 7 where they will face at least five independent candidates.

Laufer, a member of the Charlottesville School Board since 2011, credited her success to knocking on as many doors and making as many phone calls as possible.

“I knew what I needed to do was talk to as many people as possible,” Laufer said. “Now I’ll be working with Heather. I totally respected working with Bob and I know he will continue to do good things for the community.”

Hill is the president of the North Downtown Residents Association.

“I am not taking anything for granted,” Hill said in remarks made at Champion Brewery, adding she would take a few weeks off before beginning the general election campaign.

Fenwick entered local politics in 2009 when he ran as an independent for Council and lost. He made another unsuccessful attempt in 2011 but ran as a Democrat in 2013. In the primary that year, City Councilor Kristin Szakos came first followed by Fenwick who had five votes over Wes Bellamy.

Fenwick is now the latest in a line of incumbents to lose a Democratic nomination and face several months in office before the new Council is sworn in. The same thing happened to Councilor Dede Smith in 2015 and Councilor Julian Taliaferro in 2009.

In 2015, Smith placed fourth in a contest for three seats behind Bellamy, Mike Signer and Kathy Galvin.

In 2009, Taliaferro placed third in a race for two nominations between Dave Norris and Kristin Szakos. Szakos announced earlier this year she would not seek a third term.

Fenwick had received the endorsement of the group Equity and Progress in Charlottesville.

As of Monday, five independents have qualified for the November ballot. They are Cassie Clawson, Paul Long, John Edward Hall, Kenneth Wayne Jackson and Nikuyah Walker. Independents Dale Woodson, Cliff Hall and Nancy Carpenter had not but registrar Rosanna Bencoach said she would not have an updated list until later in the week.

An independent has not won election to Council since 1948 when James Barr III, an avowed Republican, was elected under the auspices of a group called the Independent Citizens Association.

No Republicans will be on the ballot in November.

Laufer and Hill also outraised Fenwick according to the most recent campaign finance reports filed with the Virginia State Board of Elections. The Virginia Public Access Projects reports that Hill raised $22,837 in cash and donations, Laufer raised $21,376 and Fenwick raised $4,047.