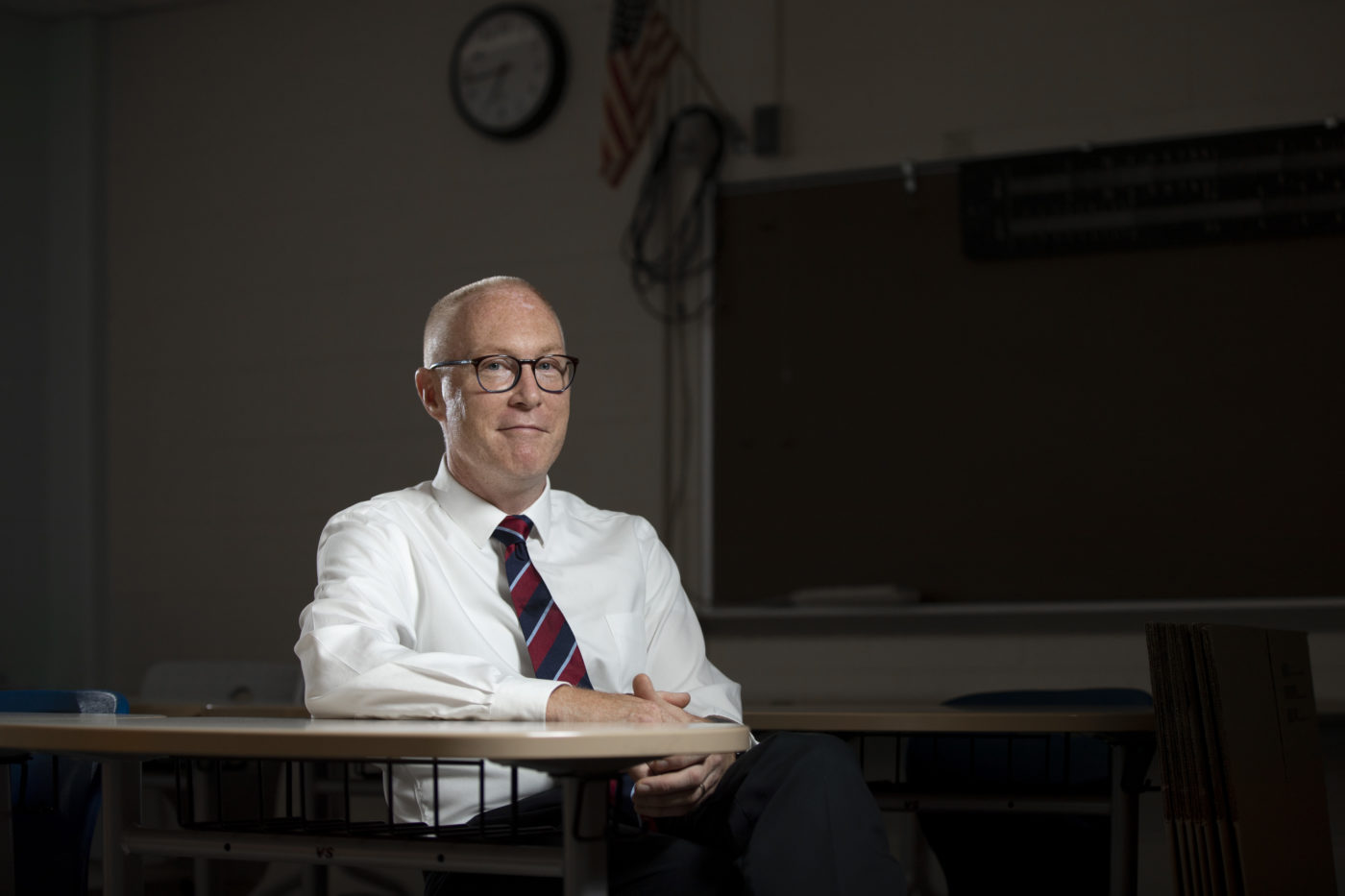 On a recent weekday in May, Albemarle County Public Schools Superintendent Matt Haas drove a school bus to distribute food as part of the division’s initiative to feed those who rely on the school’s nutrition program for their well-being.

And then Haas ― who took the reins as superintendent two years ago but has worked in the division for nearly two decades ― made other adjustments to keep the division running, including writing recognition letters to his staff and making videos to thank them for their effort. 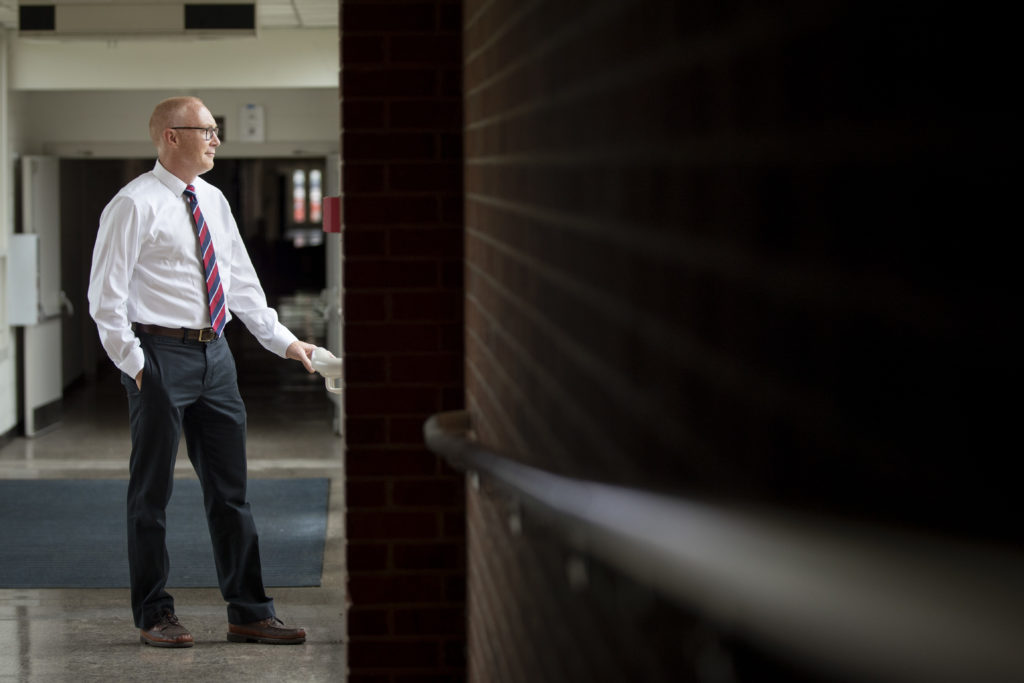 Growing up in New Jersey, Haas said he didn’t have everything, but he had what he needed.

As the pandemic unfolded, Haas said he was frustrated in the beginning because there were a great number of things that he was doing that would have started seeing results this spring. But a lot of that has been put on hold and some children will see a gap because of the inconsistency that they had in school, regardless how teachers have been able to assist them, he explained.

But he said he’s proud of the way that his staff has responded to the community, adding that the division launched its meal program with six sites and then branched out to 21.

And to assist students needing internet access, the county schools have extended Wi-Fi for personal devices and school related equipment into the parking lots of schools. Plus, the division also developed a culture for teachers to reach out to families via its “check and connect” program.

“In dealing with this kind of situation, it’s human nature to go through stages with it,” said Haas.

Growing up in New Jersey, Haas said he didn’t have everything, but he had what he needed.

“When I look back on my childhood, I feel like it was a good life,” he said.

Haas was inspired in his junior year of high school by one of his teachers to become a teacher, saying he was told that writing was an extension of thinking.

But his father didn’t advocate for college. It was his uncle, who once served as a top University of Virginia administrator, who took him to tour the different schools in Virginia.

Upon graduating high school, he made his way to Virginia to study at Old Dominion University, in part, because of an ROTC scholarship and because his uncle still lived in the state.

Later, Haas received a master’s degree in education administration and supervision from the College of William & Mary. He obtained his educational leadership and policy studies degree at Virginia Tech.

“When I went off to college, I knew what I wanted to do,” he said. “I never had to think about it.”

School Board Chair Jonno Alcaro said Haas has done a great job leading the division during the pandemic.

“He’s good at hiring the right people, and the people he hires are coachable,” he said. “He’s patient, and he always tries to do the right thing.”

Alcaro said the School Board in March was concerned about not having enough information about the pandemic. But then Haas resolved that problem by inviting the board to his Superintendent’s Cabinet to participate in more meetings, said Alcaro.

“The communication has been very transparent and very much appreciated by the School Board,” said Alcaro, who lauded Haas for listening to the people he works with on the Cabinet before he makes decisions.

While Haas is being praised for his leadership during the pandemic, parents have also criticized his past decisions around race, such as removing a poster on slavery at Cale Elementary School deemed inappropriate.

There are 694 children who still do not have access to the internet, something school officials said would worsen the achievement gap. Among the solutions, teachers have sent assignments on flash drives in the mail.

Haas said he would need to double his effort to assist these children.

Moving forward, Gov. Ralph Northam has yet to release guidelines how schools would reopen in the fall. But many educators have expressed they’re expecting these guidelines to be released sometimes this week.

The county schools have tasked people to work on strategies for summer and fall. An update to the School Board is expected at the June 11 and 19 meetings. The tentative plan for fall is to bring nearly 25 % of the county school students to class per day. And then they’d alternate. 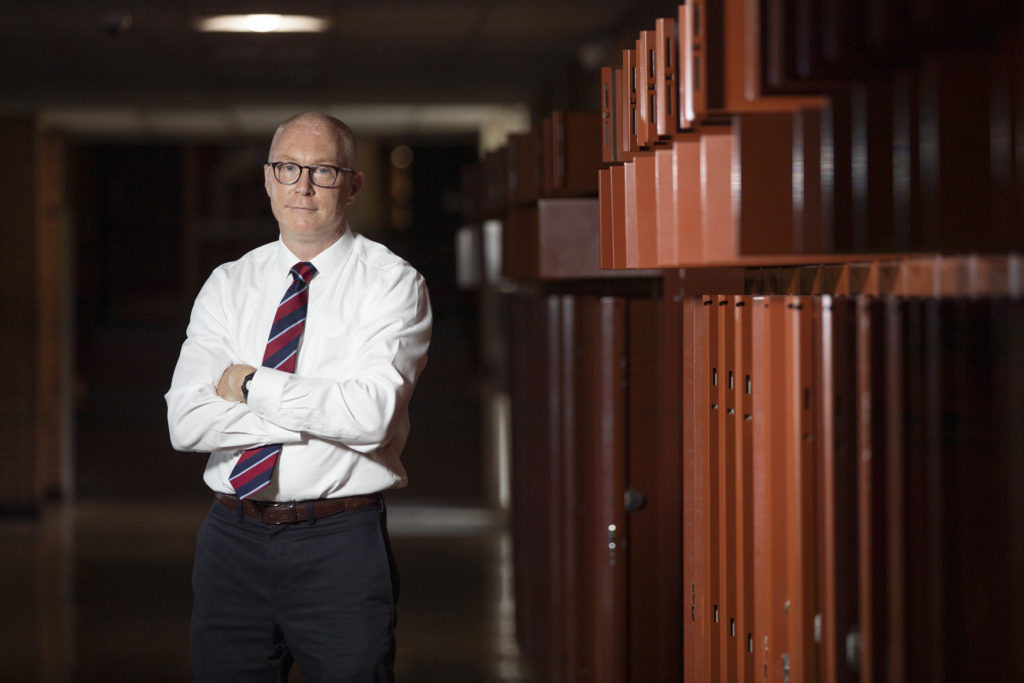 Upon graduating in 1982, Haas made his way to Virginia to study at Old Dominion University, in part, because of an ROTC scholarship and because his uncle still lived in the state.

Haas explained based on his research on other schools that have reopened, the benchmark has been 50% of the school population.

“That means fewer children on the buses and then practicing social distancing that you need to practice,” said Haas, explaining that lunch will be served in the classrooms. “Students would wear masks and then you spread out the desk or remove furniture if you need to.”

World History teacher Vernon Liechti said he doesn’t if having an alternating school model in the fall would work because if a teacher gets exposed to one the virus, the children who were not there would get exposed as well.

“A big concern is if you have half children coming in one day and the other half the other day, you’re still going to be exposed,” he said.

He thanked the division for their willingness to provide professional development around virtual learning, and noted he felt supported since the pandemic outbreak.

“For the most part, I’m pretty satisfied,” Liechti said.

This article was updated on June 3, 2020, for clarification of context.