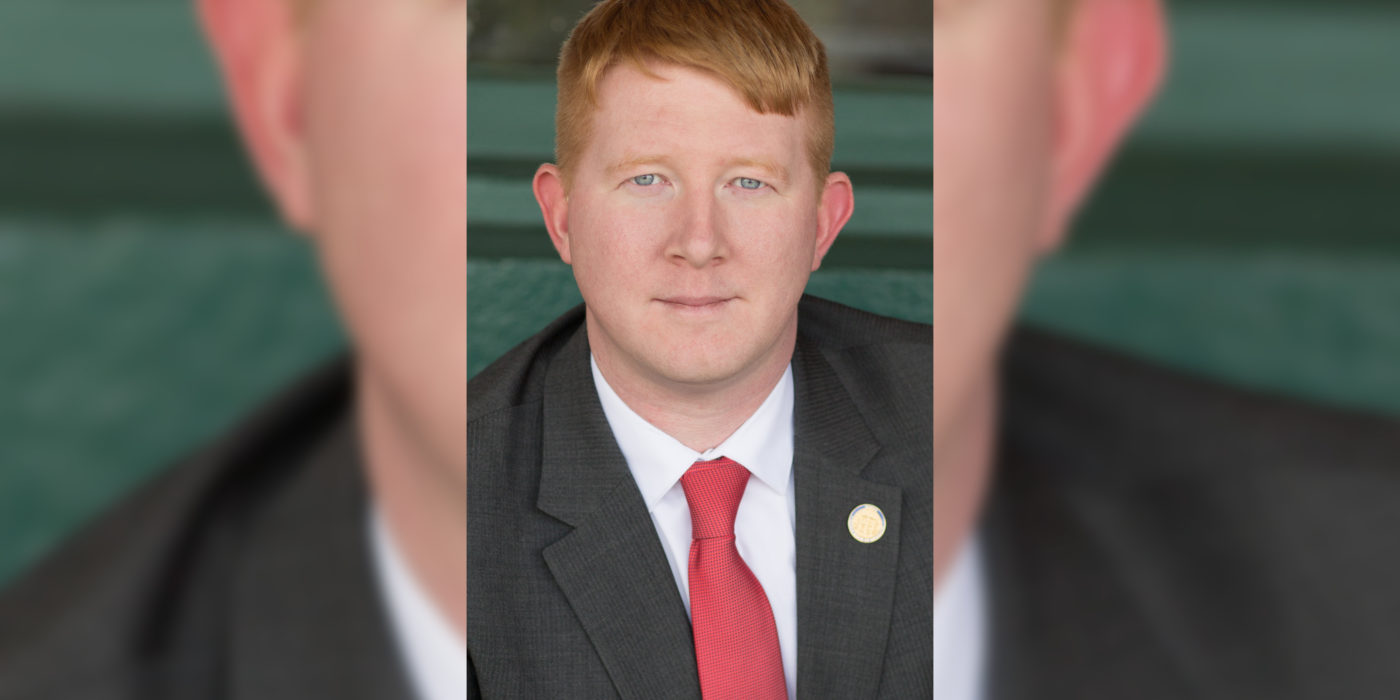 Military veteran and electronics repairman Lee Carter got into politics to, well, repair problems he was seeing.

In seeking the state’s top elected position, he hopes he’ll have greater influence on other legislators for progressive policies and can better represent unheard voices in the state at large — he’s declined campaign donations from corporations and lobbyists.

After two terms in the House of Delegates, he’s watched his political party begin to embrace more broadly ideas and policies he’s put forth the past few years. Still, he said his approach of bucking the status quo in politics is what sets him apart from others in the crowded race for governor.

“There’s two different ideas of what political leadership means in the Democratic Party,” he said. “There are a lot of people who believe it’s doing the best you can with public opinion as it is, and then my school of thought, where politics is swaying public opinion towards justice.”

In 2017, Carter was elected among a handful of younger, more diverse Democratic candidates as part of the “Blue Wave” that eventually led to Democratic control of the House and Senate. He originally ran after struggles to receive worker’s compensation following an on-the-job injury and wanted to solve the problems.

“I went to the politicians to tell them we have a problem and asked what their plan was, and I had a Democratic Party staffer tell me, ‘We don’t have any polling data on worker’s comp,’” Carter explained. “I very quickly realized, if this was going to get fixed, it has to come from someone who’s been on the receiving end of this.”

During his tenure in the General Assembly, Carter has pushed for progressive legislation, sometimes more boldly than his colleagues, he said.

He points to cannabis legalization, which he’s advocated for since his first term, and which is now widely touted as an accomplishment for the Democratic Party. Carter has also multiple times carried a bill to eliminate the death penalty before the law passed. In the 2020 session, his bill was defeated through a fiscal impact statement before becoming a priority for Gov. Ralph Northam and eventually passing in 2021. His 2021 version of the bill ended up incorporated into a similar bill by Del. Mike Mullin, D-Newport News.

In seeking to move from his seat in the House chambers to a seat in the Executive Mansion, Carter said he hopes he’ll better continue to have political influence.

“The one thing that I’m tired of hearing is that I’m ahead of my time,” Carter said. “But the governor has the ability to set the agenda, especially when the General Assembly is controlled by members of the governor’s party.”

Having experienced accessible healthcare as an active duty Marine through Tricare, he said there’s no reason the state or federal government shouldn’t create universal healthcare for the rest of its residents.

On support for business, Carter promises that no new deals like the establishment of an Amazon headquarters in Northern Virginia will be made under his administration. Carter is critical of the tax breaks and other financial incentives to bring in the corporation to an area that he argues will compound existing affordability issues.

“Those big for-profit corporations coming in from out of state are only ever interested in a small handful of areas. Those are the areas that don’t have joblessness problems, those are the areas that have affordability problems,” he explained. “When you do this, you’re cramming in thousands of positions that are largely going to be staffed by people who are transferring in.”

Carter also plans to use money that would otherwise go to large corporations in order to bolster grants or low-interest loans for Virginian-originated businesses and when the government needs to contract with businesses, he wants to see Virginian businesses at the front of the line for options.

With a forthcoming legal cannabis market, he said it’s important to also ensure that Virginians — not outside corporations — have a stake in the market.

“Are we going to let Altria buy up the entire market, or are we going to make sure the industry is owned and operated by Virginians?”

In particular, he supports communities most disproportionately impacted by prior enforcement of cannabis to be able to get in on the market. Additionally, he plans to use cannabis tax revenue for a reparation fund to Black Virginians.

“Historically, Virginia government has been complicit in some atrocities,” he said, noting participation in slavery and upholding of racial disenfranchisement laws. “We have a lot to atone for.”

Pointing to the intersection of the environment and equity, Carter said his administration will take a new approach to transportation and other infrastructure. He said he’ll support maintaining existing roadways and bridges but not projects like widening certain roads.

“When you’re stuck in traffic, you are the traffic,” Carter explained.  “When you build more lanes, you’re encouraging people to live further away and travel more. The traffic problems will inevitably come back.”

Instead, Carter would direct funding used for many road widening projects towards investment in public transportation infrastructure and localities that are creating more walkable or bikeable areas. Carter noted how some cities like Charlottesville have offered fare-free public transit due to COVID-19 — something he said can be adopted more widespread if the General Assembly can “pony up” a little funding help. Additionally, he supports the Virginia Green New Deal.

Carter has also been involved in the General Assembly’s passing of various police reform laws. He supports enhanced officer training, removal of officers from schools, and said officers should not be armed at traffic stops.

He also supports the creation of non-police groups that can respond to some of what police chiefs like Charlottesville’s RaShall Brackney have said could be “decoupled,” such as mental health crises.

Carter said his administration will support defelonization for many offenses and claims that the state can expect to see its incarceration rate drop by at least 30% over the next four years as governor.

Reflecting on his time in the General Assembly, Carter said he will bring his progressive reputation to the state’s helm.

“If we want to stop saying that the progressives are ‘ahead of their time’ and start saying they’re ‘the right people for this time,’ then we need a governor whose willing to say, ‘We’re going to fight for justice regardless of what the polls say and change the way we are doing things.’”