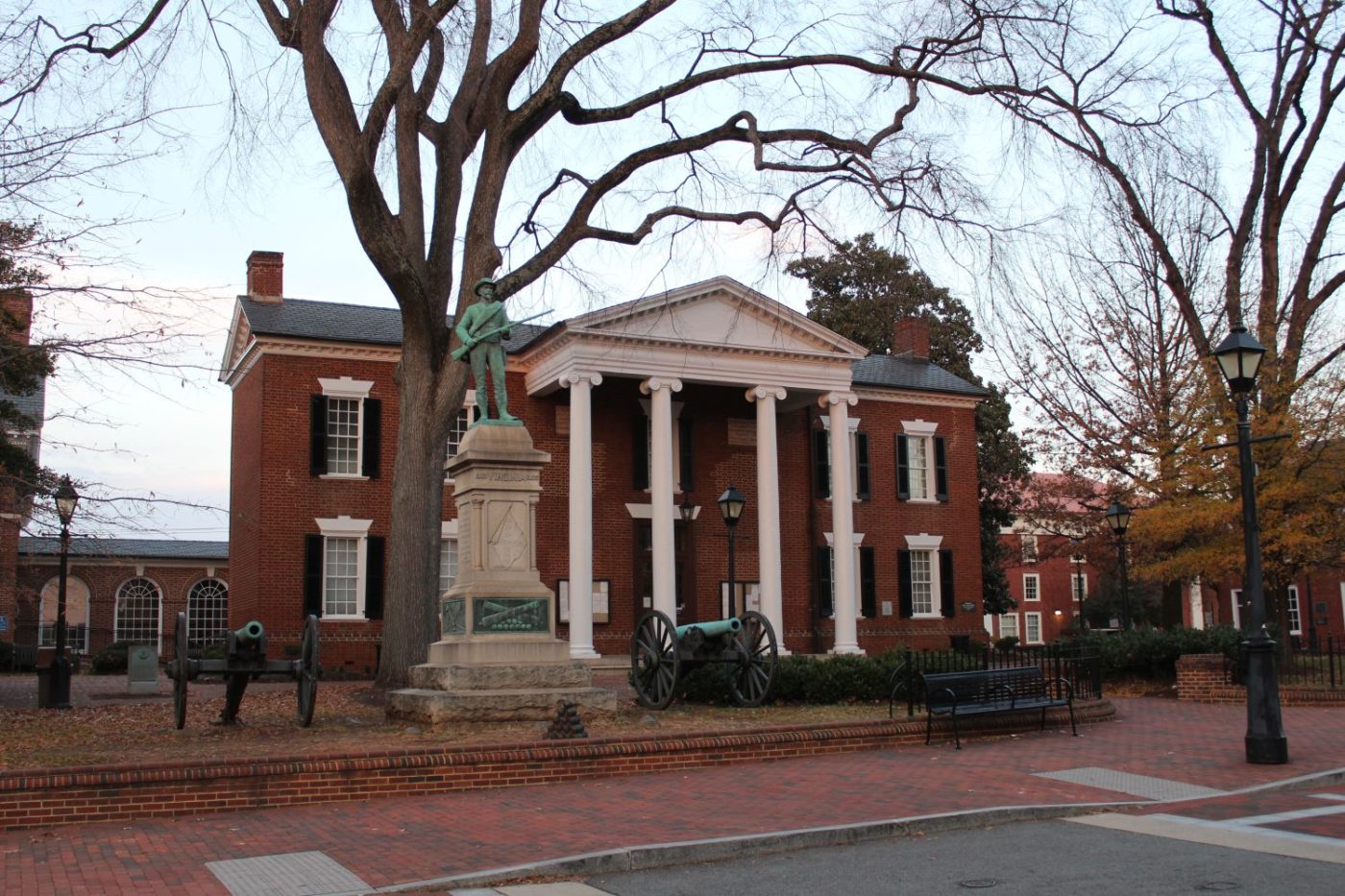 The Charlottesville-Albemarle Bar Association has told county officials that they believe Virginia law requires voters to decide if the Albemarle Circuit Court should be moved from its current location.

“The County is likely prohibited by law from relocating the Circuit Court without a referendum,” Bruce Williamson, chairman of the bar association’s courts location committee, wrote in a letter this week to county officials.

The bill clarified state law to say that a referendum is not needed “in the case of the removal of a county courthouse that is not located in a city or town, and is not being relocated to a city or town.”

County Attorney Greg Kamptner said in May that the land on which the courthouse currently stands was never annexed into the city of Charlottesville and thus is not subject to the new law.

Kamptner did not respond to a request for comment.

Supervisors voted 4-2 late last year to direct county staff to explore the possibility of moving the courts as a way to spur economic development within Albemarle County. They will hold a work session on the topic Dec. 13 and a public hearing Dec. 18 and will provide further direction on next steps Dec. 20.

Williamson’s letter cites a recent case in which one of the parties argued that perjury allegedly committed in Albemarle General District Court could not be tried in Albemarle Circuit Court because the crime had technically taken place in Charlottesville.

“The Court of Appeals wrote that when in 1888 the General Assembly re-chartered the Town of Charlottesville as a city, it did not provide that the Albemarle County Courthouse and the land on which it sits would remain a part of Albemarle County,” Williamson wrote.

Williamson went on to cite the specific legislation passed 129 years ago.

“The property now belonging to the county of Albemarle within the limits of Charlottesville shall be subject to the joint jurisdiction of the county and city authorities,” reads the legislation.

The perjury case, Gerald v. Commonwealth, was decided by the Virginia Supreme Court in December 2016.

Williamson’s letter goes on to argue why the bar association believes the 2017 law does not apply to the issue of moving the courthouse.

“The applicability of [Virginia Code] to the Albemarle County Courthouse is not determined by the jurisdiction in which the plot of land on which the courthouse sits but, rather, by the relationship of the land to the boundaries of the City of Charlottesville,” Williamson wrote.

In addition to Williamson, the letter is signed by several other members of the legal community. They include: Mary Bauer, director of the Legal Aid Justice Center; Llezelle Dugger, clerk of the Charlottesville Circuit Court; Lisa Lorish, president-elect of the Charlottesville-Albemarle Bar Association; Elizabeth Murtagh, public defender; Palma Pustilnik, Central Virginia Legal Aid Society; and John Zug, clerk of the Albemarle Circuit Court.