Listen: Being a woman of color in news, and in leadership 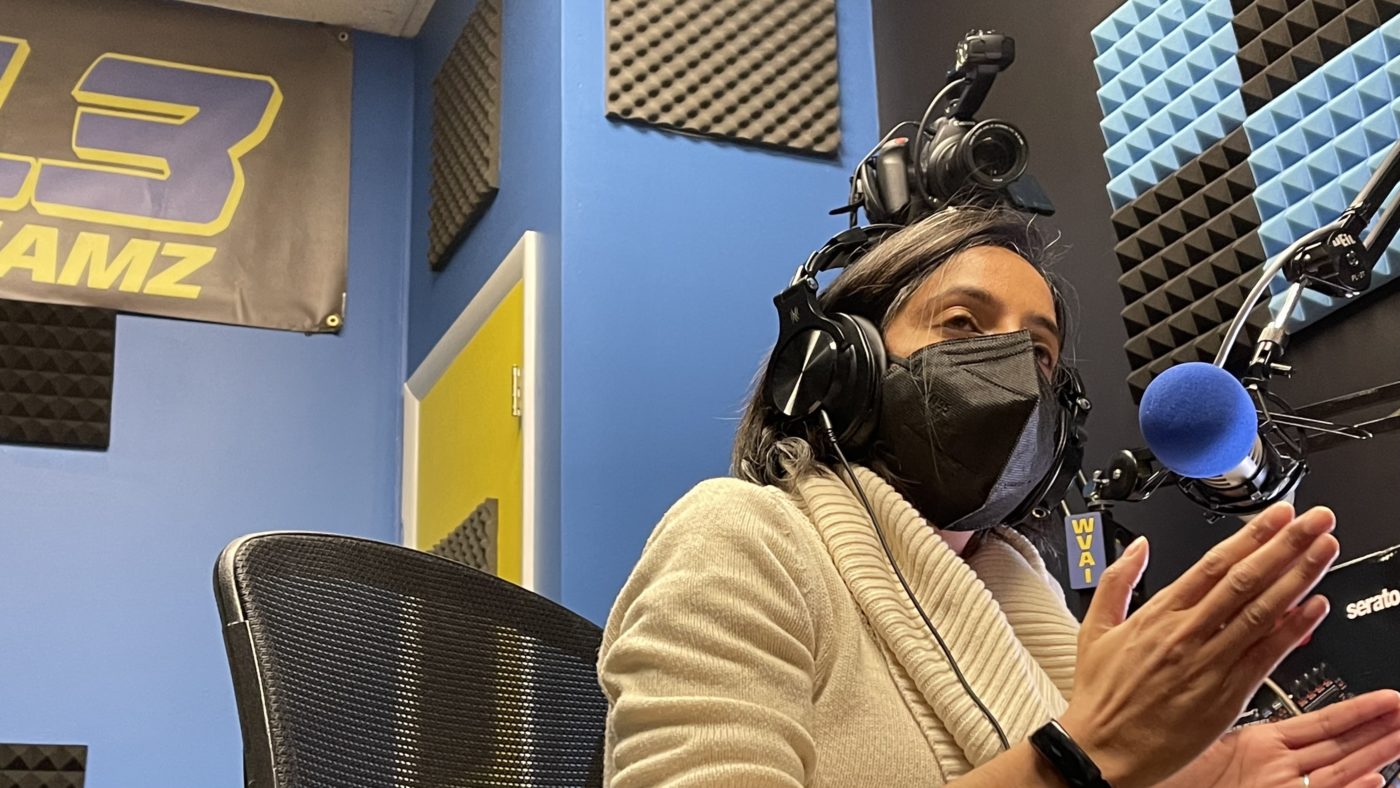 Charlottesville Tomorrow’s editor-in-chief, Angilee Shah, was in the studio with In My Humble Opinion on Jan. 30, 2022. We need more perspectives in local news, she said.

Angilee Shah, the first editor-in-chief of Charlottesville Tomorrow, has been on a community listening tour in her first two months on the job. She told In My Humble Opinion listeners on Sunday that she wants to hear from more people, not just those who are loudest or quoted most often.

“I would like to see a space where the people that are in these shadows who have opinions and want to engage and help move the Black community forward really come out of the shadows,” said Robinson. “If you don’t want your white counterparts to tell your stories, then come forward and tell your own stories.”

Shah said her door is open to schedule conversations with anyone from the community about what is important in local news. She wants to make news and journalism more accessible to everyone. (Schedule a time to talk with her here.)

Shah arrived in Charlottesville on Aug. 12, 2019, and attended a service to remember what happened during the Unite the Right rally. On her second day, she met the Charlottesville Tomorrow team and learned about their mission. Coming from international to national to local news, she is excited about doing the kind of journalism that helps build deep relationships with the communities she serves.

Host Charles Lewis asked, what responsibilities do women of color have in their communities?

Tamica Jean-Charles, who covers education and families for Charlottesville Tomorrow, is the child of immigrants from Haiti and was born and raised in Florida. She has worked in news in Richmond and Petersburg, now Charlottesville, giving her perspective on central Virginia. Jean-Charles said she is often the only Black woman in the room in news organizations, but she came to journalism to serve, especially people who look like her and aren’t often visible in the industry.

But it’s not always a straightforward path.

“We are expected to take on situations that are really messy. I’m trying to navigate that now,” said Shah.

“It’s a difficult atmosphere for women of color, given the social climate and political climate,” said host Robinson. Women are expected to be self-assured and persevere, “be superwoman” — but if you show vulnerability or are too bold, you are labeled. It’s a juggling act and “sometimes it’s a little exhausting.”

“I understand as a Black woman I have an obligation to myself, to my Black husband, to my Black children, to my Black community and to the Charlottesville community at large to be a spokesman for what is right, to call out injustices and to be a leader in that way,” she said.

Shah welcomes that leadership, especially in building a local news organization. She said it’s important that we use our intersectional perspectives to tell our stories and growing Charlottesville Inclusive Media, the partnership between In My Humble Opinion, Charlottesville Tomorrow and Vinegar Hill Magazine.

During the second segment, the show got into Virginia news with Jean-Charles and Charlottesville Tomorrow government reporter Charlotte Rene Woods. Hear more — and read more — about redistricting in Albemarle County and the effect of Gov. Glenn Youngkin’s executive order to end mask mandates on local schools — and how important it is to educate each other and vote.

“It feels like sports but with higher stakes,” said Woods.

In My Humble Opinion followed with conversations with Alice Fox and Lester Jackson, who performs with the stage name Nathaniel Star, of the Music Resource Center, and Dr. Kevin McDonald of the Division for Diversity, Equity, and Inclusion at the University of Virginia. Listen to In My Humble Opinion on Sundays at noon on 101.3 Jamz and subscribe on YouTube.