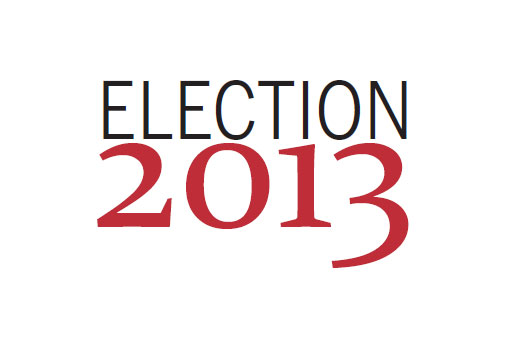 In race for funds, Democrats lead in Albemarle, Republicans in Charlottesville

With Election Day just over six weeks away, donations continue to roll in for candidates for the Albemarle County Board of Supervisors and the Charlottesville City Council.

The Virginia Public Access Project on Friday released campaign finance data that shows nearly all candidates raising more money in July and August than in previous periods.
Large donations came from the local political parties and the Monticello Business Alliance, a pro-business political action committee.
In the Charlottesville City Council race, the Republican candidates maintained a funding lead over Democrats.
Republican Michael Farruggio leads all council candidates with $5,190 raised this period, which gives him $9,310 in total funds.
Republican Charles L. “Buddy” Weber raised $4,984 this past period, giving him a total of $8,762. His contributions included a $1,410 in-kind donation from the Republican Party of Charlottesville for campaign management software.
No Republican has been elected to the City Council since 2002, and the party has not fielded a candidate since 2006.
The Democratic Party of Charlottesville donated $3,000 to each of their candidates for the two open seats on the council.  Incumbent Kristin Szakos raised $3,468 for a total of $6,859.  Bob Fenwick raised $4,952 for his campaign to reach a total of $6,179.
In the four races for the Board of Supervisors, Democrat Liz Palmer continued her fundraising lead over her Samuel Miller District opponent, incumbent Republican Duane E. Snow.
Palmer raised $10,844 in this reporting period giving her $40,233 in total contributions, the most of any local candidate.  During July and August, the Democratic Party was her largest contributor making a $4,000 contribution.
Snow, however, raised more than Palmer in the last reporting period.  The $13,489 in donations brought his total to $25,764. He received $4,000 from Thomas H. Sullivan, a second $2,500 donation from the Zobrist Law Group, and $2,500 from the Monticello Business Alliance.
In the Rio District race, incumbent Republican Rodney S. Thomas nearly doubled his campaign funding with $9,000 raised this reporting period. His total contributions are $18,266. Thomas reported a $4,000 donation from Thomas H. Sullivan and a $2,500 donation from the Monticello Business Alliance.
His opponent, Democrat Brad Sheffield, added $10,989 to his campaign this period. Sheffield reported a $4,000 donation from the Democratic Party in Albemarle, as well as a $2,500 donation from Bahman Irvani of Atlanta, Ga. He has raised $24,186 in total contributions.
In the special election for the Scottsville District, Democrat Jane Dittmar leads with a total of $26,043. She received a $6,000 donation from Murcielago LLC based in Salem, Mass.; a $5,000 donation from Sonjia S. Smith; $3,500 from outgoing Supervisor Dennis S. Rooker; and $2,500 from the Zobrist Law Group.
Dittmar’s opponent, Republican Cindi Burket, has raised $7,070 in her campaign, with her largest contribution of $1,500 coming from Seminole Trail Properties LLC.
The Monticello Business Alliance donated $1,000 to both candidates in the Scottsville race.
Independent Diantha McKeel raised $4,975 in the last reporting period giving her $31,352 in total contributions, the second largest amount of all candidates. McKeel’s largest gift in the period was $2,500 from Richard M. Hewitt.
While on the ballot as an independent, McKeel accepted endorsement from the Democratic Party in September.
McKeel’s opponent in the race to fill the seat being vacated by retiring Dennis S. Rooker is independent Phillip Seay.  Seay raised $2,242 in the last reporting period giving him $4,042 in total contributions.
The Virginia Public Access Project will release two more fundraising reports before the Nov. 5 election.