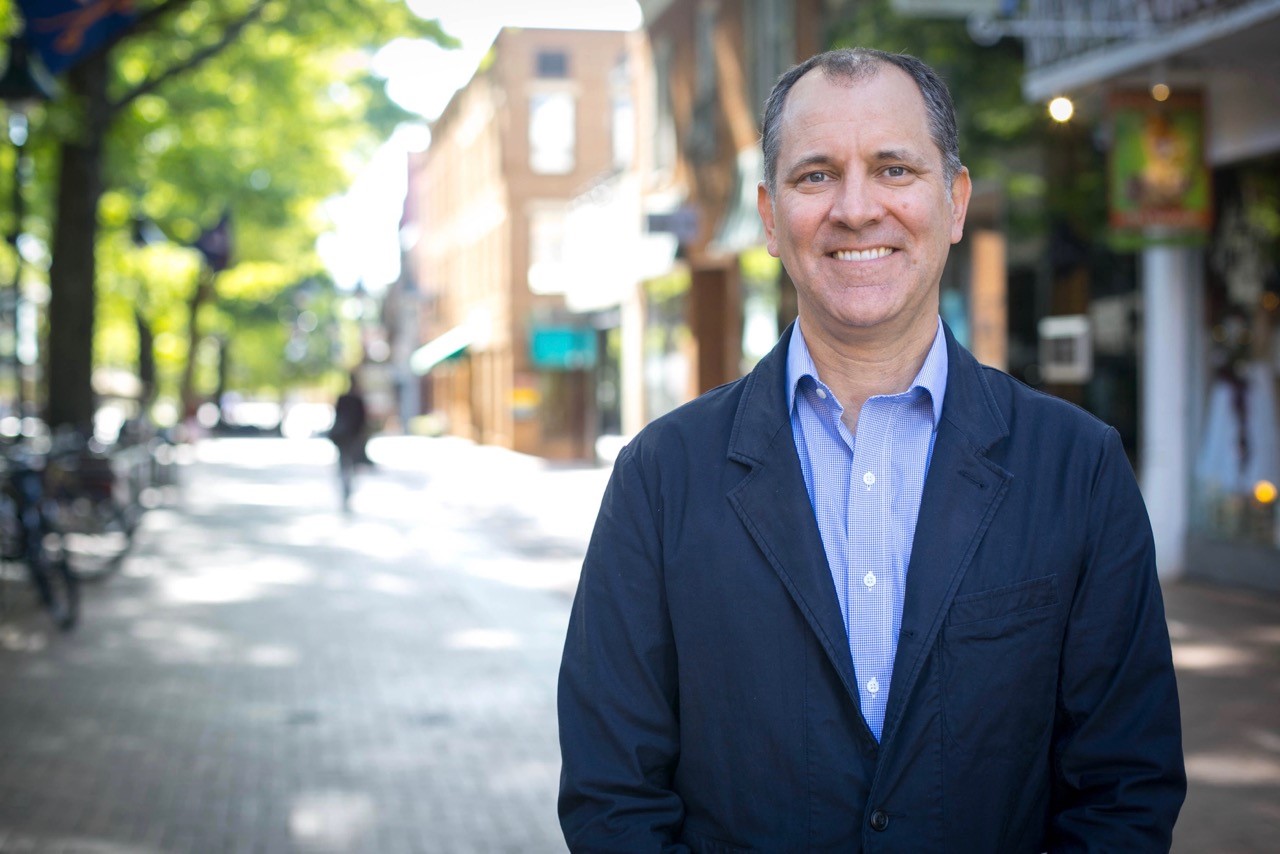 Joe Rinkevich co-founded Scivera, which designs web-based software that helps manufacturers, retailers and chemical suppliers around the world track the substances they use.

Mass-produced consumer products — from cellphones to SUVs — are made from a vast assortment of synthetic materials, which in turn are composed of any number of chemicals. Some of these chemicals are known to be toxic.

A Charlottesville software company is helping manufacturers, retailers and chemical suppliers around the world to track the substances they use and minimize their risk to human health and the environment.

“We believe that, even as a small company in Charlottesville, we are leading the world in that chemicals knowledge base,” said Joe Rinkevich, president of Scivera.

Scivera’s flagship web-based software, SciveraLENS, allows customers to review the status of chemicals on more than 250 regulatory, authoritative and screening lists, and automatically notifies them of regulatory changes.

SciveraLENS also provides information about the underlying characteristics of chemicals that could be harmful to factory workers, consumers and the environment. Scivera’s team of board-certified toxicologists keeps the information up to date with links to scientific journal articles.

The SciveraLENS user interface features a “stoplight” code of green, yellow and red shapes that represent whether a chemical is of low, moderate or high concern in 22 measures of toxicity.

“We compile the scientific literature, score it and put it into a context that is easy for the user to understand, whether they are a scientist or not,” said toxicologist Patricia Beattie, Scivera’s vice president for scientific development.

While Scivera’s customers remain confidential, Rinkevich said they include “many of the most recognizable consumer products brands and hundreds of their suppliers.”

Rinkevich said SciveraLENS customers screen 200 new products and materials each week, ranging from basic formulations to complex products with dozens of components. More than 2.5 million chemical formulations have been added to SciveraLENS by customers or collected from their suppliers, he said.

Beattie and Rinkevich, along with software developer Jamie Orchard-Hays, were among the co-founders of Scivera in 2008. The company’s name combines the Latin words “scientia” (knowledge, skill) and “vera” (true).

As a consultant on environmental and sustainability strategy, Rinkevich saw a need in the manufacturing marketplace for information on chemical ingredients.

“Traditionally, [chemicals management] has been a regulatory compliance strategy for most companies,” he said.

“In the last few years, that has really changed … Now companies are expected to understand the characteristics of everything that’s in the material or process chemical — not just that there aren’t bad things in it.”

“Companies are starting to set goals that go beyond basic regulations,” Rinkevich said. “That quite often requires enhanced chemicals management by their suppliers and the supply chain.”

Beattie said SciveraLENS can help businesses predict which chemicals are likely to be regulated in the future by highlighting characteristics shared by many restricted substances. It also suggests less toxic chemical analogs that can replace these substances.

Rinkevich said SciveraLENS could help companies save money by bringing this insight to the earliest stages of the supply chain.

“After the product has been made, you could argue that any informed decisions are almost too late,” he said. “You have to deal with a change or redesign that’s expensive and time consuming.

The company released its latest version SciveraLENS in April. With annual subscriptions starting at $995, SciveraLENS Rapid Screen aims to offer companies a more affordable alternative to the full-service Enterprise version.

Rinkevich said Rapid Screen is designed to allow individuals to start answering questions about chemicals within minutes of purchasing the software.

“Rapid Screen is a much more discrete, instant on-ramp to enhance your chemicals management program anywhere in the supply chain,” he said.

Rinkevich said SciveraLENS is used by many factories in China, India and Latin America.

Scivera relies on teleconferences and international business trips to serve its global clientele. But it also has engaged local partners, such as GreenBlue, a nonprofit organization that promotes sustainable materials use.

GreenBlue has used SciveraLENS to pilot the development of Material IQ, a standardized method for manufacturers in a supply chain to share chemical information and other sustainability attributes.

Ewell, who collaborated with Rinkevich on sustainability consulting projects before joining GreenBlue, said SciveraLENS could be a powerful “engine” for the Material IQ network by making it easier for suppliers to submit information about products to their customers.

“They probably have the best solution in the marketplace for offering affordable chemical assessment services,” Ewell said. “Costs are really a factor when you’re trying to do this work.”

Scivera currently has about a dozen employees at its Charlottesville office and other locations around the world.

Rinkevich said the company hopes to achieve significant growth over the next two years. “We want to have a big impact, and change the way chemicals are managed worldwide,” he said.