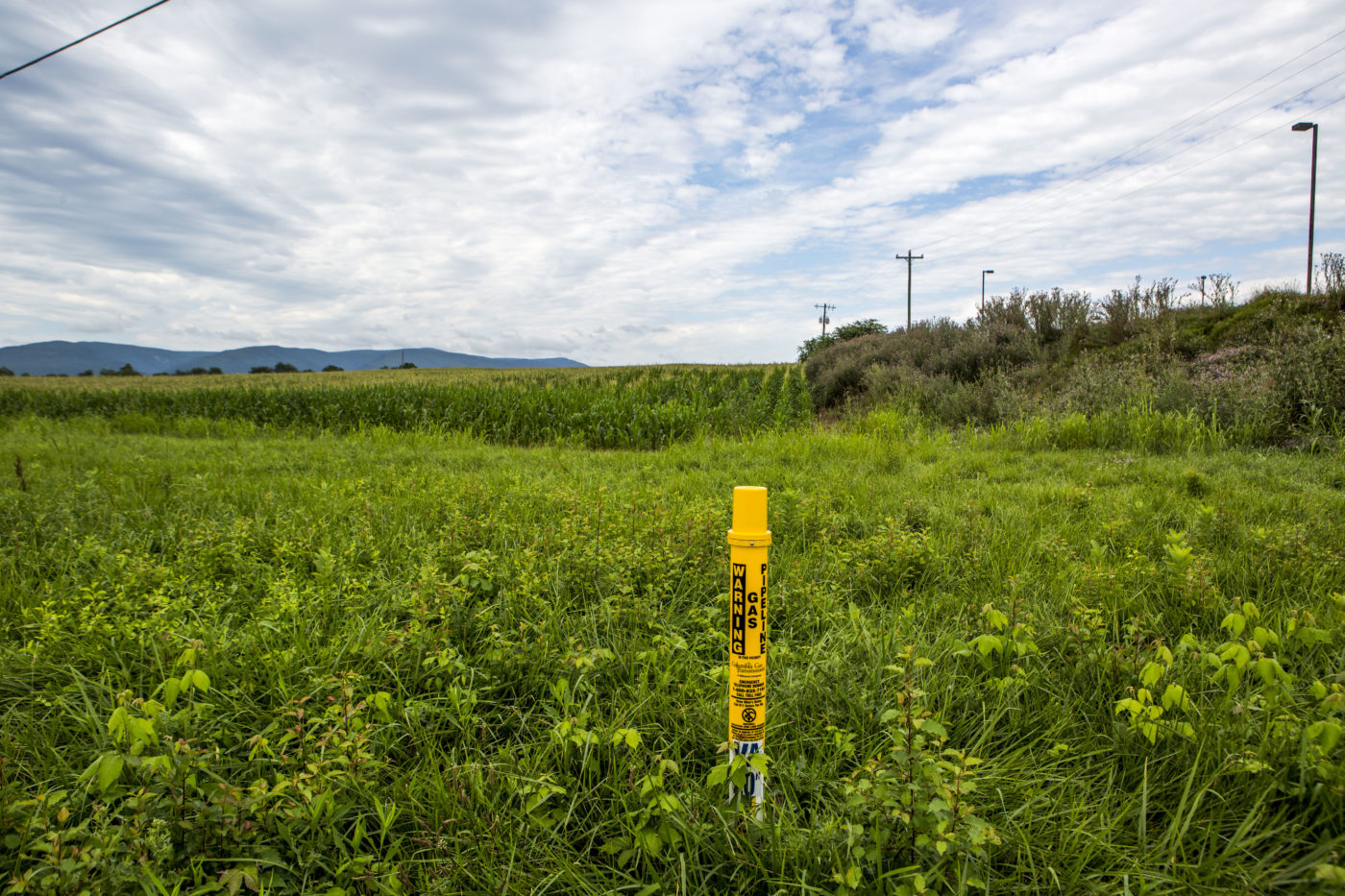 A marker for the Atlantic Coast Pipeline in Stuarts Draft. Photo courtesy of Dominion Energy.

After drawing criticism for removing two members from the State Air Pollution Control Board, Gov. Ralph Northam appointed an Albemarle County resident to fill one of the vacancies.

Northam’s office on Nov. 16 named Kajal B. Kapur, principal at Kapur Energy Environment Economics in Charlottesville, to the board. Gail Bush, a clinical manager at Inova Fairfax Medical Campus, also was appointed to a four-year term.

Northam removed Samuel Bleicher and Rebecca Rubin from the board just days after it deferred a vote on a natural gas compressor station planned for the Atlantic Coast Pipeline in Buckingham County.

Although their terms had expired in June, Bleicher and Rubin would have remained on the seven-member board until the governor removed them.

According to the Virginia Public Access Project, Dominion Energy, the company leading up the pipeline project, gave $72,295 to Northam’s campaign for governor and $52,000 to his inaugural committee.

Northam’s press secretary has denied any connection between the board terminations and the compressor station and said that Dominion Energy played no role in the process.

Kapur declined to comment on the compressor station project.

“I have not really had the time to study that in great detail,” Kapur said. “I am a very analytical person. I like to have all the materials associated with a case or project and review them.”

Kapur also said she is unsure when she will complete her orientation and be sworn in as a member of the air board. The board is scheduled to vote on the Buckingham compressor station on Dec. 10.

Kajal B. Kapur, principal at Kapur Energy Environment Economics, was appointed to the state air board on Nov. 16. Photo courtesy of Kajal Kapur.

Kapur received a Ph.D. in economics from Cornell University in 1990 and founded her consultancy in 1999. Kapur Energy Environment Economics has worked with cities, states and federal government agencies on energy and utility policy issues.

“I think that gives us a unique perspective on how to address questions that arise with sustainability and the environment,” she said. “We have looked at these things at so many different levels.”

Kapur said she was surprised by her appointment to the air board. She said it had been several years since she submitted her qualifications to join the board.

“It was a very pleasant surprise,” Kapur said. “I was very honored, and I look forward to serving the commonwealth.”

Over the years, Kapur has worked on behalf of some utility companies and in opposition to others.

According to her firm’s website, Kapur has advised a Japanese utility on “pipeline ownership, market domination, business model and characteristics for success.” She also supported the Washington, D.C., Office of People’s Counsel when it opposed a requested rate increase by the Potomac Electric Power Co.

Kapur assisted the city of Charlottesville, the University of Virginia and Albemarle County with its Local Climate Action Planning Process between 2009 and 2011. She currently serves on the board of directors of the Virginia Asian Chamber of Commerce.

Dominion and its partners plan for the 600-mile pipeline to stretch from West Virginia to southeastern Virginia and North Carolina. The pipeline would run through parts of Augusta, Nelson and Buckingham counties.

The Buckingham compressor station would be built in Union Hill, a largely black community that formed after the Civil War.

Dominion has pledged $5.1 million for public amenities and public safety initiatives for Buckingham. But many residents and environmental activists remain fiercely opposed to the project and Northam’s recent changes to the air board.

Kate Addleson, director of the Sierra Club Virginia Chapter, said in a news release that Northam “has abandoned any semblance of impartiality in the construction of the dirty and dangerous Atlantic Coast Pipeline.”

“The fact that our governor would replace two citizen members of an independent board before they are scheduled to decide on a crucial permit shows just how tight a grip Dominion has on our political system,” Addleson’s statement reads.

Sen. Tim Kaine, D-Va., also was accused of attempting to steer the air board in Dominion’s favor during his term as governor. In 2008, the board was faced with a permit decision for Dominion’s coal-fired power plant in Wise County.

According to a Richmond Times-Dispatch story from 2008, Kaine sent a letter to the board before its vote reminding it to not consider aspects of the environment other than air quality in its decisions.

The air board ultimately granted the permit for the Wise plant after it tightened state limits on carbon emissions.