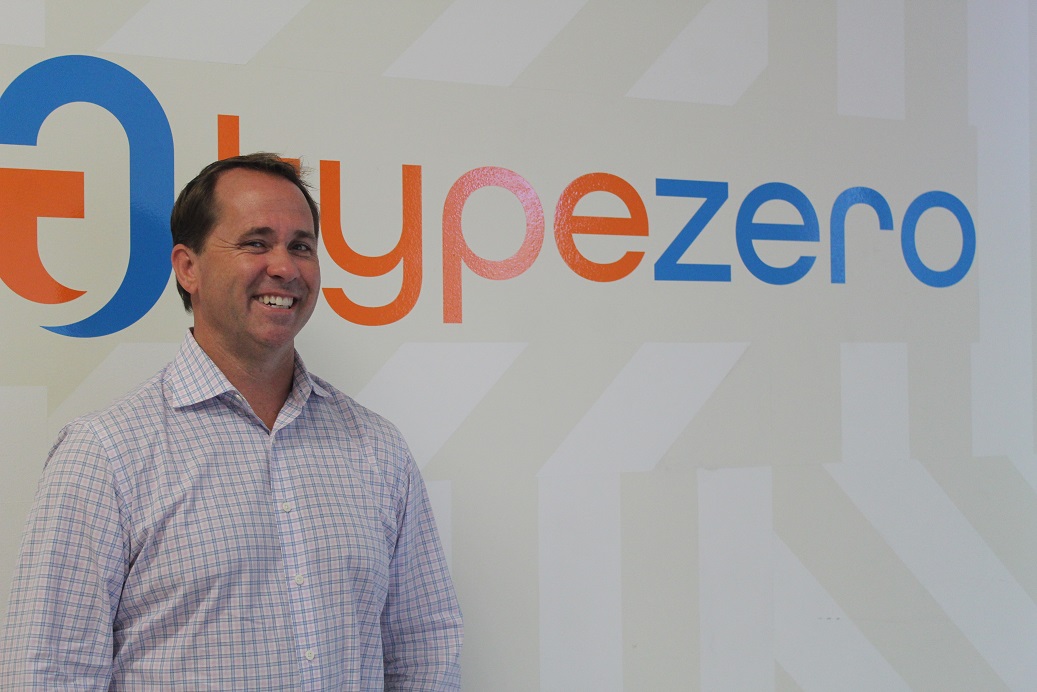 HemoShear Therapeutics partnering with global drugmaker to treat liver diseaseCavion hopes to grow and inspire with venture capital successUVa innovation showcased at Lifetime Learning lecture
A Charlottesville startup developing an artificial pancreas for diabetes patients plans to double its staff while continuing its work as part of a multibillion-dollar company.
In August, California-based Dexcom announced it had acquired TypeZero Technologies, a startup spun out of the University of Virginia’s Center for Diabetes Technology in 2015. The terms of the transaction were not disclosed.
“It is a very positive outcome for our investors and our team,” said Chad Rogers, CEO and co-founder of TypeZero. “The reason all of us are here is to help patients. This transaction will allow that to happen.”
TypeZero currently employs about a dozen people at its offices in the IX building south of downtown. Its core technology, licensed from UVa, uses algorithms to predict high and low blood sugar levels and adjust insulin delivery accordingly throughout the day.
“Type I diabetes patients, or their parents, are constantly having to monitor and inject insulin,” Rogers said. “This will be taking away a giant mental and emotional burden from those people.”
Dexcom, which is headquartered in San Diego, produces continuous glucose monitoring, or CGM, systems for diabetes management. The latest CGM systems reduce the need for fingerstick testing; instead, a small sensor is inserted below the skin’s surface. The sensor continuously measures and monitors glucose levels, which can be displayed on a patient’s smartphone or wearable device.
Dexcom’s new model, the G6, is the first CGM approved by the U.S. Food and Drug Administration for integration with other compatible medical devices. Dexcom expects to support the first commercial launch of an automated insulin dosing system using TypeZero’s inControl algorithm in 2019.
Steve Pacelli, Dexcom’s executive vice president of strategy and corporate development, said in a news release that “TypeZero is a great fit for Dexcom as we look to deliver a growing set of tools to both our insulin delivery partners and our customers.”
Along with Dexcom, TypeZero also has licensed inControl to other medical technology companies, including Tandem Diabetes Care, CellNovo and EOFlow.
TypeZero has collaborated with these companies on clinical trials of artificial pancreas systems, with costs amounting to $50 million.
While operating as a small, independent company, even TypeZero’s business partners had the potential to become competitors, Rogers said.
“Some of the players are looking for technologies but also trying to develop their technologies,” he said. “You try to find these partnerships that can help you bring your technology to market, but at the same time, these companies can step on you by accident or squash you. … You are on a different scale and at a different pace than they are.”
Rogers said joining Dexcom will mitigate this threat and allow TypeZero to devote less time to raising capital. Dexcom’s valuation has skyrocketed in 2018, with shares of the company’s stock rising from $58 to more than $140.
“There is not much capital here [in Charlottesville] … being where we are makes [fundraising] a little bit tougher,” Rogers said. “This takes away a lot of the headaches and gives us the opportunity to go faster.”
TypeZero was able to attract early investments from local and regional sources, including the UVa Licensing & Ventures Group’s Seed Fund and the Center for Innovative Technology’s CIT GAP Funds.
Kyle Rose, an analyst for Canaccord Genuity, said in a recently released research report that acquiring TypeZero could result in long-term gains for Dexcom.
“TypeZero is one of the leading developers and research groups within the diabetes technology community,” the report reads. “Additionally … the agreement presumably strengthens Dexcom’s relationship with one of the pre-eminent academic research groups in diabetes.”