How the grassroots local food movement is changing what we eat 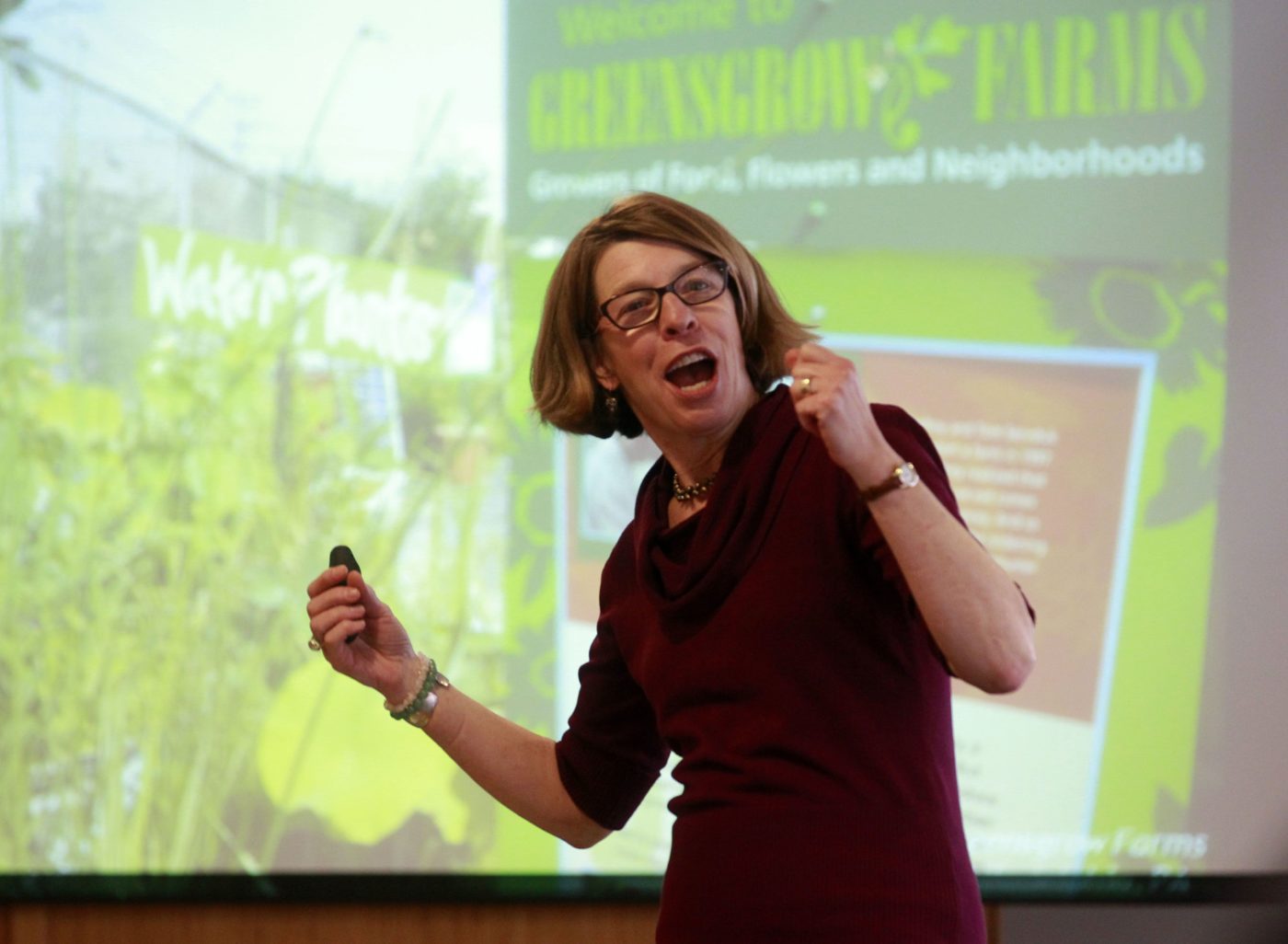 Many people in the Charlottesville area seem to value local food, but one University of Virginia lecturer said she thinks the community can take the movement one step further.

“This food movement is about healing lands, neighborhoods and identities,” said Tanya Denckla Cobb, associate director of the Institute for Environmental Negotiation. “It’s about how creative this movement is in finding ways to use open spaces in communities for agriculture.”

Cobb shared stories from her new book, “Reclaiming Our Food,” at CitySpace on Tuesday as part of the Greater Virginia Green Building Council’s luncheon series.

Cobb teaches food system planning at UVa and is a professional environmental mediator. Her new book profiles successful food projects in the United States that promote farm to fork agriculture.

“It looks at innovations happening at every point, whether it’s rural or urban farms,” said Cobb.

She said important aspects of innovation in the local food movement include creating affordable access, new distribution methods and new ways for restaurants to incorporate the goods.

Cobb told success stories about cities such as Philadelphia and Boston where farmers used what little open spaces they had to create vibrant urban community farms and gardens.

“We have so many vacant spaces in Charlottesville,” she said. “Why are we not using them to let people garden for their own families? Gardens occupying space can lead to economic development.”

Cobb said local food is important to Central Virginia because with historical presidential homes Monticello, Ash Lawn-Highland and Montpelier, the area is famous for its history, and agriculture is a huge part of that.

“In a way, we have a responsibility to represent the best possible outcome from our own agriculture and food because it is a part of our roots as a country,” she said.

Cobb said her book is an attempt to extract lessons to better identify successful projects and help readers understand the best way to implement those projects so more people can access fresh, local food.

Cobb said that when you don’t eat locally, there are many questions about what you are really eating.

“On average, we have 25,000 miles of travel on a regular meal,” said Cobb. “The food had to be bred to withstand the shipping and bruising. Part of that means that flavor has been compromised.”

Cobb said the grassroots movement is about healing spaces and healing lands, and the communities discussed in her book have community land trusts based in neighborhoods.

“These gardens are not just fun-looking things for people,” she said. “They are meaningful in their lives.”

She said that until the city of Charlottesville has this movement in the Comprehensive Plan, it’s going to be hard to have the same results as other communities.

“I would love if people would say we need this,” said Cobb. “That serves as basis for policies that can make bigger lots available for community gardening.”

“Two-thirds of the population is overweight or obese,” she said. “For white Caucasian children, it has finally leveled off, but is still rising for children of color and other cultures.”

She said obesity will lead to higher costs for treating diabetes and that public health officials and schools need to take action. She said children need to learn at an early age the importance of eating healthy.

“You can start with an afterschool club on gardening, raise funds to produce a garden, or have tastings,” said Cobb. “Many people consider schools to be the hope for our future.”

Cobb recognized city organizations that have been at the forefront in grassroots initiatives for schools such as the Local Food Hub and the City Schoolyard Garden, which has a garden at every public elementary school in Charlottesville.

“The Local Food Hub has been great because they help take aggregated local foods to institutions and schools,” she said.

Cobb, whose first book was “Organic Food,” said she became involved with the local food movement in the 1980s and said it’s been a passion for much of her life.

“Because of my first book, I got asked to help teach a food systems planning course at the University of Virginia,” said Cobb. “It changed my life because it led me down another path.”

Cobb said that while teaching that class, she led a food security summit, which led to the formation of the Virginia Food System Council.

“One thing led to another and it was a cascade effect,” she said. “An old part of my life has now come back.”

Each month the Greater Virginia Green Building Council hosts expert speakers on a variety of “green” topics. Charlottesville luncheons are held the second Tuesday of every month at CitySpace.