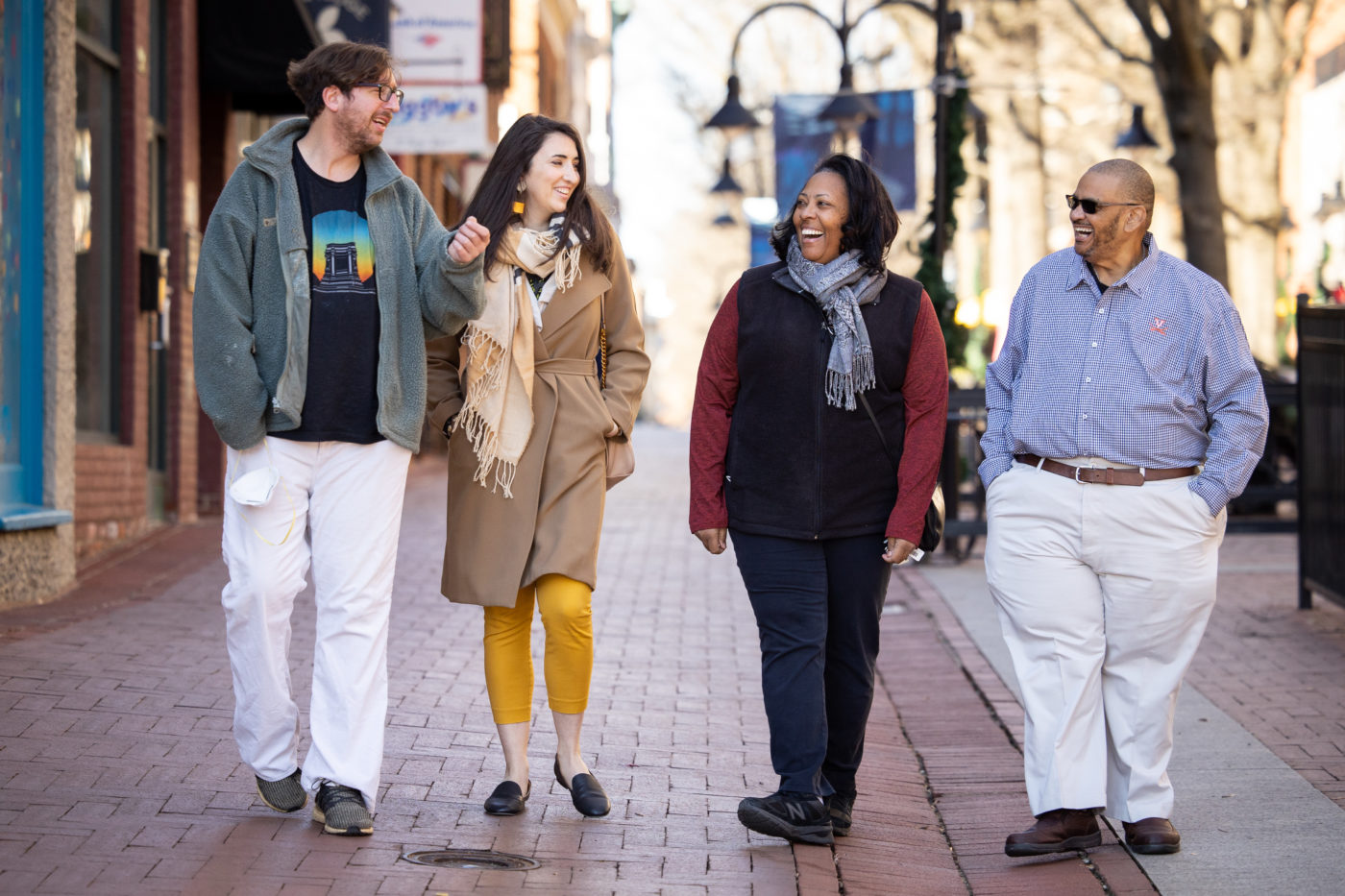 Serving people of all ages, Diversity in Recovery group meetings are held at 7 p.m. on Wednesdays and at 10 a.m. on Sundays. Nine to 10 people usually attend.

A Charlottesville-based group focused on creating a safe place for the LGBTQ community, Black and Indigenous people, people of color and allies has been growing. But the group, Diversity in Recovery, wants to grow even more and possibly become a nonprofit organization.

Originally launched with just three members hosting Zoom meetings in the aftermath of the recent social unrest, founding board member Charley Burton said the group originated after hearing from a young Black woman that she didn’t feel safe expressing her feelings pertaining to the racial climate in the country as she was attending addiction recovery meetings.

“This young African American female went to a meeting and expressed that she was having a hard time with her sobriety because she went to the protest and the protest triggered her that she wanted to drink,” Burton said. “She was sharing that, and she got verbally stopped and verbally attacked by some members.”

Burton said founding board member of the group, Meredith Polson, did some digging around to see whether discussing such a topic was deemed inappropriate in a recovery meeting setting.

Polson’s finding was that the woman didn’t violate any rules, Burton said.

“I told her when you don’t like something, you need to start your own,” said Burton, a transgender man, adding that the group is not only for those who identify as LGBTQ. For anyone in some sort of recovery, including drugs and alcohol, the group is an alternative. It’s not a therapy, and no one in the group is qualified to provide such services, organizers said.

“We need a microphone so that folks know that we exist, and that we are here as a resource,” said Benita Mayo, a board member.

Burton said the magic of Diversity in Recovery is that it’s not even in a nonprofit status, but because people realized there was a need for the services, they organized the meetings, and did not even think of forming a committee, first like some organizations would.

While he’d love for the group to have a nonprofit status, he’s also hesitant about becoming one because he wouldn’t want the group to lose its identity and for people to think that the group is asking for their donations. But becoming a nonprofit would allow Diversity in Recovery to offer more resources as well as getting recognition.

Burton stressed the group was created to help people because its services are much needed. Several organizations have already reached out to the group to do presentations, including Region Ten and the University of Virginia, he said.

Serving people of all ages, meetings are held at 7 p.m. on Wednesdays and at 10 a.m. on Sundays. Nine to 10 people usually attend, Burton said. And because the meetings are virtual, organizers said they are able to reach people beyond the Charlottesville area.

“Our vision is that we are here to be of service to the LGBTQ and BIPOC allies. You cannot be diverse if you are going to keep people out,” Burton said. 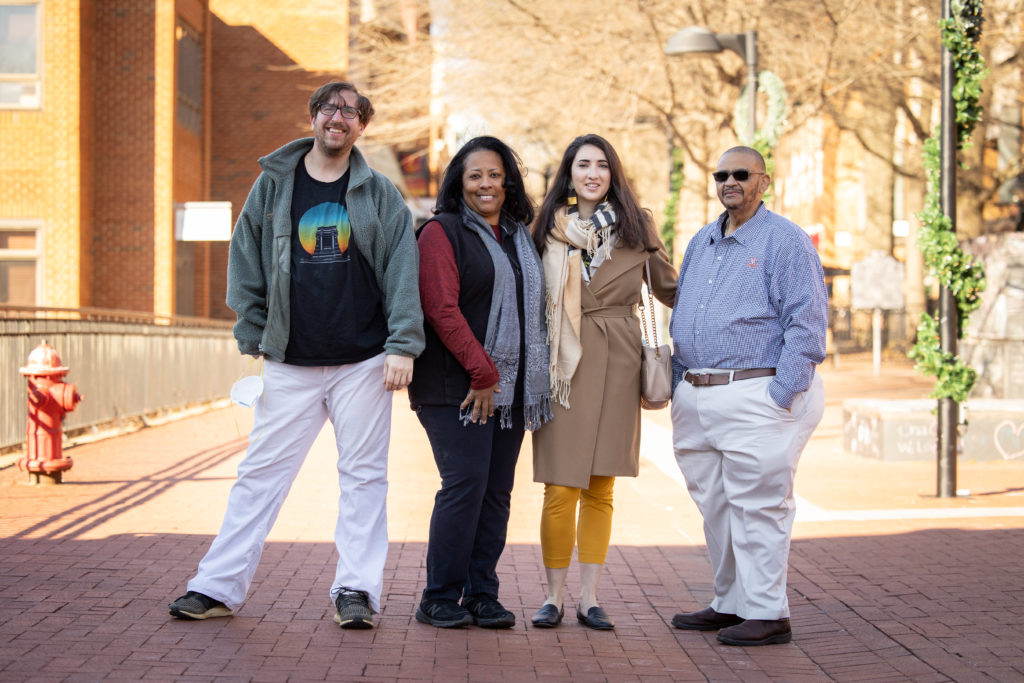 Burton said a group like Diversity in Recovery is important, and part of the reason why he got involved with recovery meetings was that he struggled dealing with his sexuality.

And as he attended recovery meetings, he realized that there weren’t many people who looked like him.

When people of color attended these meetings for the first time, he witnessed the non-Black people there didn’t make them feel welcome. So, he’d go to them, and try to welcome them. He often wondered how those Black people would be treated if he was not there to welcome them at the meetings, he said.

One thing that became apparent to him was when he was transitioning from female to male. He realized that his presence made some people feel uncomfortable. In fact, people did not want to sit beside him.

But he stayed regardless, he said.

“After I figured out they didn’t want me there, I said I’m gonna stay there because I want what you have. I don’t particularly like what you got, but I want what you got in order for me to have the life that I have today. And so, I stayed,” Burton said.

Board member Emmy Khan, a nonbinary trans man, said he got involved with the group after a therapist recommended to join.

So far, it’s been a great experience because the people on the group really understand community work, he said.

There are a great number of people from marginalized identities in the group, and the goal of the board is to make sure that these people feel safe and heard, where a lot of times that is not really the case elsewhere, he said.

The Charlottesville LGBTQ community is not booming as Richmond or New York, where there are a lot of resources, Khan said. That’s one of the reasons having a group like that in Charlottesville is essential, something that has made Khan proud to be a board member.

“The No. 1 thing is community. The group really values community. And I like the idea. We keep each other safe, like grassroots outreach kind of stuff,” Khan said. “As people need resources within the group or within the board, we always are asking what we can do for each other.”

Board member Polson said that she was upset with the approach that the local recovery group was taking pertaining to topics around race.

She had also noticed that there were no people of color in the recovery rooms she was attending.

“I was wondering if this ambivalent attitude towards racism was part of the reason,” she said.

Being part of Diversity in Recovery means a lot to her, she said, because she wants everyone who’s in recovery to feel safe. She added that she was sort of ignorant in the past thinking that because she felt welcome that everyone felt the same.

Since launching the group, she realized that what she has suspected has been true, saying that people of color, as well as transgender people, have not felt welcome in recovery spaces.

She started paying more attention to racism in other recovery groups because in the aftermath of the George Floyd killing, she tried to address racism in relation to her sobriety, but then she was shut down in a  group.

“It was a big aha moment for me,” Polson said.

For more information, reach Diversity in Recovery via email at contact@diversityinrecovery.org or call 540-324-8979.