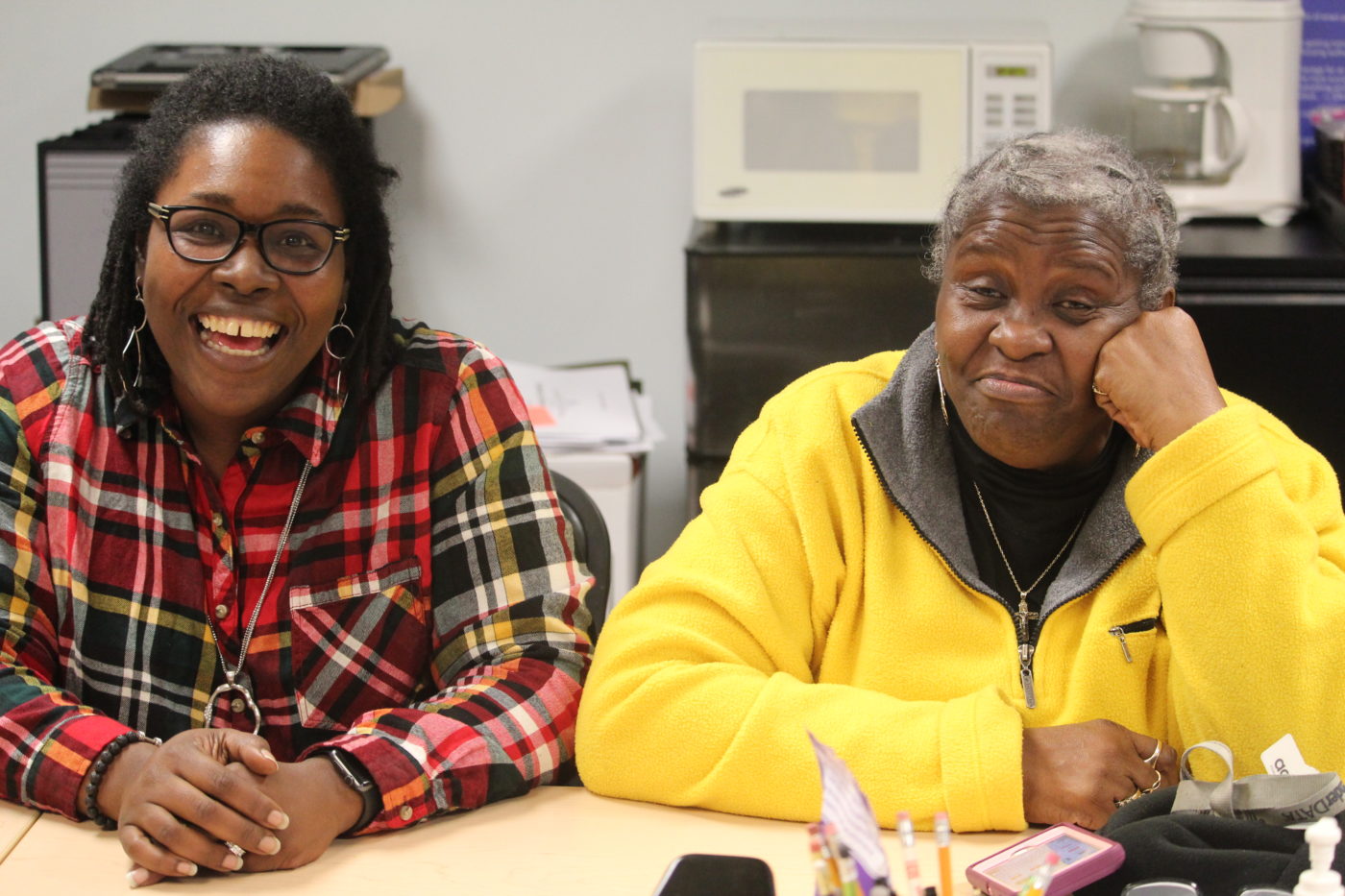 Wandae Johnson (left) and Joy Johnson are the intern coordinator and board chair, respectively, of the Charlottesville Public Housing Association of Residents.

The Kresge Foundation, which was established in 1924 by the founder of Kmart Corp., announced on Wednesday that the collaboration was among the 13 winners of their Advancing Health Equity Through Housing Initiative.

“If we’re going to succeed as a community in making systemic-level change and really making a difference for the communities that deserve it, we have to have a different mindset around how we collaborate and pool resources,” said Sunshine Mathon, executive director of the Piedmont Housing Alliance.

“This grant from the Kresge Foundation honors that and reflects that mindset — by working together, we actually do better and bring more resources in,” he said.

The University of Virginia Initiative for the Redress of Inequity Through Community Engaged Scholarship is receiving a small portion of the grant in return for providing research support.

The grant aims to reverse the harmful health outcomes of substandard or unstable housing conditions.

“Kresge has learned important lessons about the intersection of health and stable, equitable housing,” said Kresge senior fellow Fred Karnas in the Wednesday press release. “We now know that housing is paramount for individuals and families to achieve well-being and economic stability.” 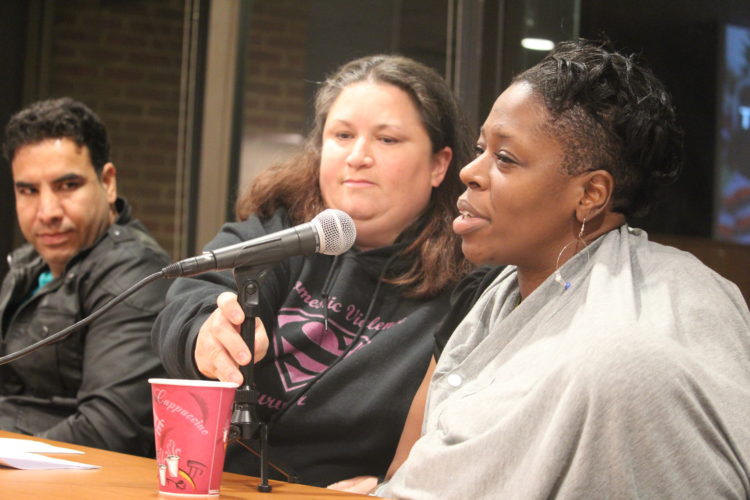 Crystal Johnson holds a microphone steady for Tamara Wright. Both are resident representatives on the Friendship Court Advisory Committee.

The grant will allow residents of the Southwood Mobile Home Park, the Friendship Court apartments and Charlottesville public housing sites to decide what health means for them.

“Rather than just assuming we need to get rid of moldy and leaky trailers and substandard conditions, residents are also looking at health in terms of ‘What recreational spaces do we want? … We like bike paths, but we want our children to be safe on bike paths, so can we locate bike paths outside the roadway?’” said Ruth Stone, Habitat’s chief advancement officer.

“When people who live in neighborhoods that are unhealthy participate in the redevelopment of those neighborhoods, their mental health changes. They become an integral part of a healthy process and a healthy outcome,” said Matthew, who is a leader in the UVa equity institute. 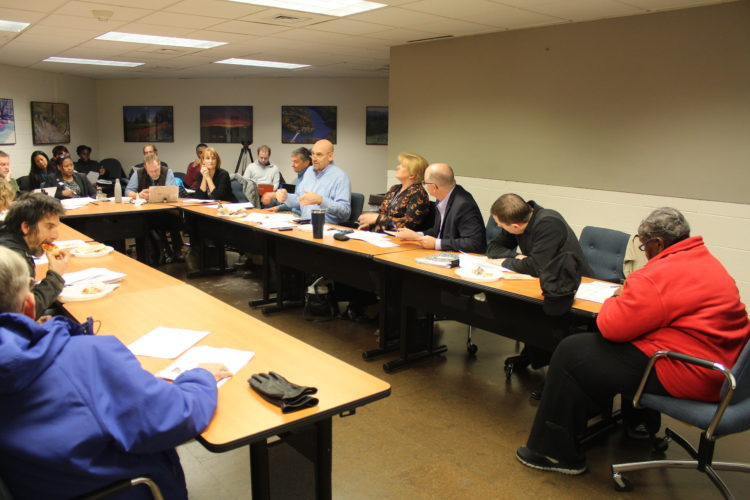 Dan Rosensweig, CEO of the local Habitat for Humanity, speaks at a meeting of the city Housing Advisory Committee.

Each housing organization hopes that the collaboration will allow them to learn from and adopt what the other organizations are doing.

PHAR board Chairwoman Joy Johnson said that she would like to learn more about the systematic training in site planning, zoning and financing that Southwood resident volunteers have received. She also is interested in PHA’s model of paying its resident advisory board.

The housing organizations currently are applying to another grant together and are planning to collaborate on that application with additional groups.

However, there is still tension between some of the organizations, which have long had to compete for the same pool of local funding. Johnson said that she does not want to help organizations get money if they are not trying to collaborate in other ways.

Habitat has collaborated with PHAR in the past to train public housing residents in housing repair and construction.

“From a resident perspective, I do see — we aren’t invited to the table a lot of times,” Johnson said. “I respect my board and I respect my staff very much. If [collaborating with additional organizations] is something that they think they would like to do, I will go along with it. But I ain’t coming in there with no smile. I’m coming in with an attitude and a chip on my shoulder.”