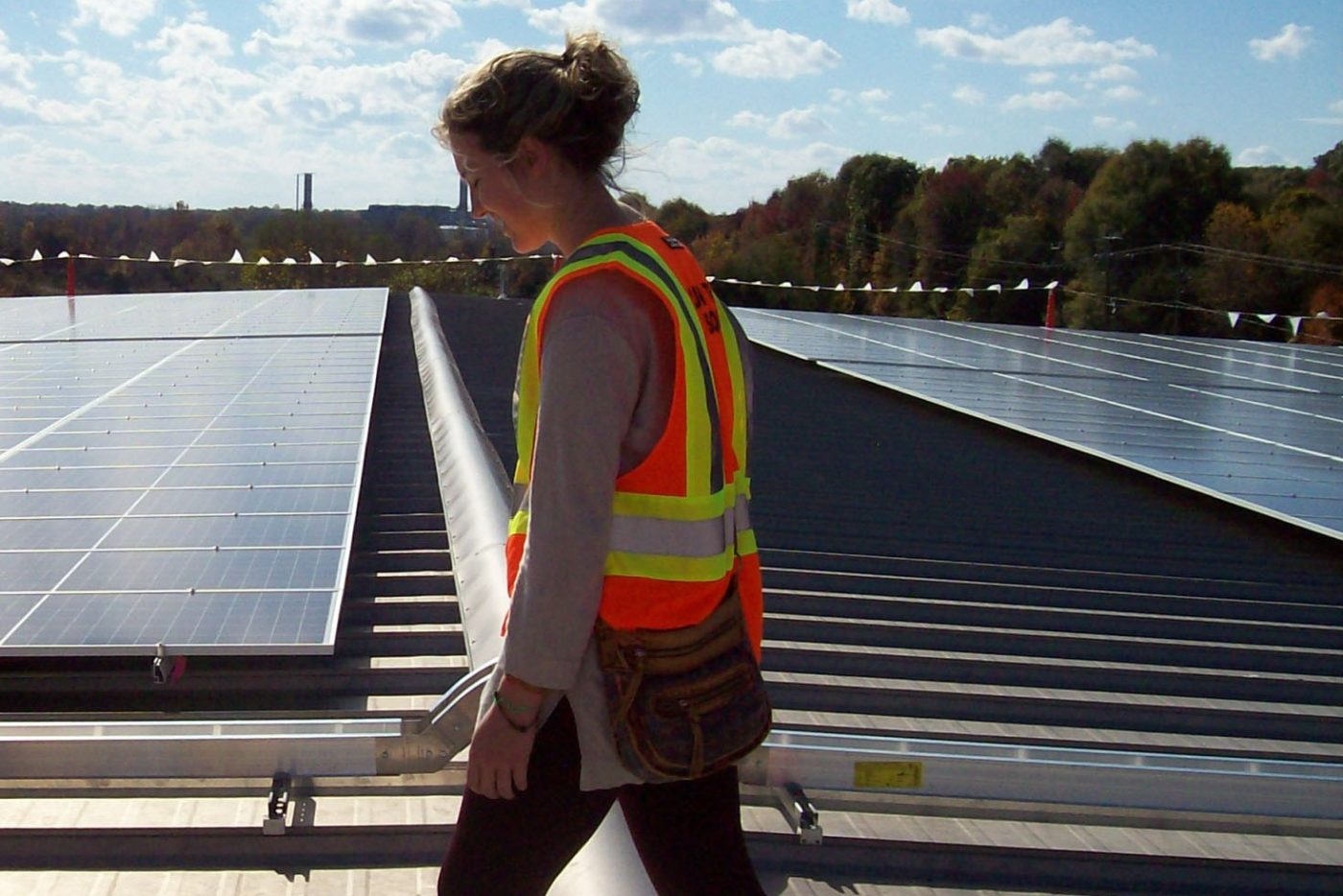 A group of renewable-energy companies in the Charlottesville area believes there is strength in numbers when recruiting interns.

Charity Pennock, director of the CvilleREA, said the portal gives member companies access to a database of applicant resumes that they can use whenever they are seeking interns.

“Attracting talent is a challenge that almost everyone in our industry is facing,” Pennock said. “Internships are important for that; a number of interns have turned out to be great full-time employees for our companies.”

Pennock said the CvilleREA welcomes internship applications from students majoring in any discipline. While some positions require engineering and environmental science knowledge, others deal with finance, marketing, communications or other areas of business.

Apex is the largest company in the CvilleREA, with 180 employees at its Charlottesville headquarters. Others, like Hexagon and Lumin, are small startups.

Rich Allevi, co-founder and director of operations at Sun Tribe Solar, said the internship portal functions as a pre-screen for interest in the renewable-energy sector.

“It’s helpful because it saves us time, and increases our confidence that the candidates who are coming through are high-caliber and highly interested,” he said.

While the shared internship portal could make it more likely for one company’s favored candidates to get competing offers from local companies, Allevi said all businesses in the CvilleREA would benefit from a larger pool of applicants.

“We all have a pretty good attitude about our collective need for something like this,” he said. “Even though some of us operate in the same space, we are shooting for the same goal.”

Pennock said the CvilleREA, founded this year by several local renewable-energy executives, aims to establish the Charlottesville area as the hub of the industry in the Southeast.

“Our founders realized that there were opportunities to work on different issues together, and perhaps address them more successfully than they could on their own,” she said. “We are focused on supporting startups and entrepreneurs and enhancing new markets for renewable energy.”

Pennock said the Charlottesville REA internship is partly inspired by a much larger internship program administered by the Massachusetts Clean Energy Center. That center uses funding from a systems-benefit charge paid by electric ratepayers in Massachusetts to reimburse companies who hire interns through the program.

During fiscal year 2017, the Massachusetts program placed 559 student interns at 198 companies. Since its launch in 2011, 409 interns have taken full- or part-time jobs at their host companies.

“This program responded to the needs of our employers,” said Tamika Jacques, director of workforce development at the Massachusetts center. “They told us they needed help in finding talent. They needed a pipeline for young talent.”

Jacques said it can be difficult for renewable-energy internship programs to attract a diverse applicant pool. She said the Clean Energy Center’s first class of interns in 2011 was predominantly white and male, with private colleges and universities disproportionately represented.

“Since then, we have been working to ensure that this is a truly diverse program; that it isn’t touching just a segment of the population in Massachusetts,” Jacques said. “We are making sure that women and students at public institutions and community colleges are included.”

Pennock said the CvilleREA is publicizing its internship portal through career services offices at the University of Virginia, Piedmont Virginia Community College and other public institutions throughout the commonwealth.

The internship portal can be found at cvillerea.org/internships .