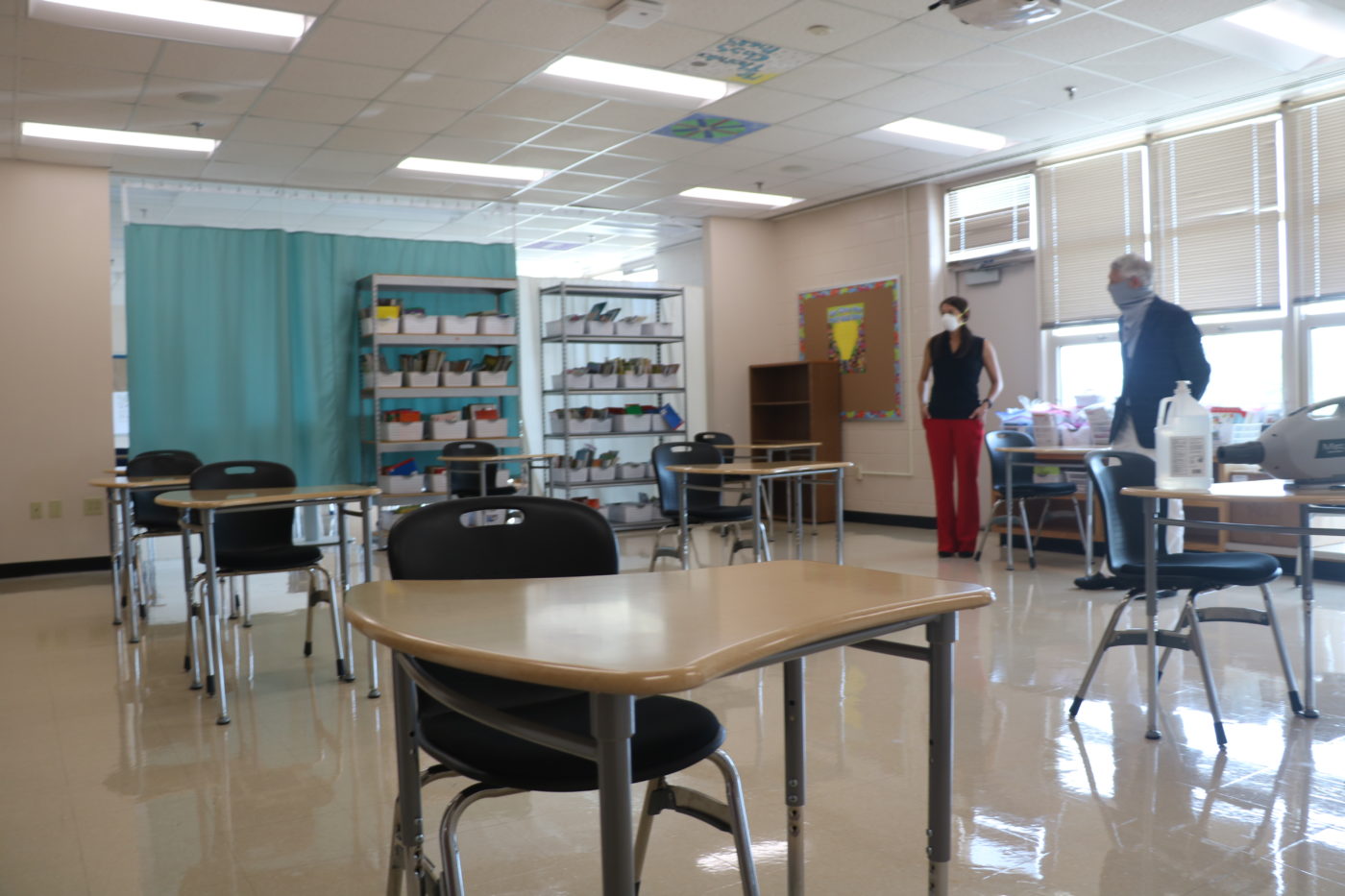 The state gives the County schools roughly $3,000 per student annually, said Jonno Alcaro, School Board Chairman. So, a 500-student drop in enrollment could mean up to a $1.5 million hit to the budget.

Charlottesville and Albemarle school districts remain steadfast in their opposition to Gov. Glenn Youngkin’s latest executive order that ends mask mandates in public schools — and a number of legal experts say they have a right to do so.

Even so, the districts could face retaliation from parents.

The executive order states that effective Monday, “parents of any child enrolled in a school-based early childcare, elementary, secondary or educational program may elect for their children to not be subject to any mask mandate in effect.”

The executive order claims that research on mask recommendations made by the CDC has “no statistically significant link between mandatory masking for students and reduced transmission of COVID-19.”

Ending masking requirements in schools was one of Youngkin’s campaign promises. He drove part of his campaign on appropriating control to parents on what happens to their children in school.

But Charlottesville and Albemarle County school systems are not budging. They are among a number of school districts across the state that have made it clear they will not proceed with Youngkin’s order.

Both divisions released statements two days after the signing to oppose the new governor’s executive order.

State law requires districts to do so, he said. Senate Bill 1303 instructs schools to adhere to mitigation recommendations to the farthest extent possible by the Centers for Disease Control and Prevention.

The state law remains in effect until Aug. 1.

“Following the recommendations of the CDC and the Virginia Department of Health has allowed us to keep in-person transmission to a minimum,” Gurley said in the tweet.

Albemarle County Public Schools released its response to the executive order Sunday night as well. The school district said it will abide by state law and maintain its mask mandate for students and staff in all schools, facilities and buses.

The county referenced the Blue Ridge Health District’s proclamation of deeming Albemarle County as a high-risk category for community transmission of COVID-19.

The new governor has yet to specify what lengths the administration is willing to take against opposing school districts.

“We’re going to use all the authority I have to consider all options to protect that right,” Youngkin said on Fox News on Sunday.

Following Youngkin’s statement, Lt. Gov. Winsome Sears alluded that the new governor could withhold funding from schools if they choose not to comply with the executive order in her appearance on Fox News on Monday.

“There’s a certain combination of monies that we send from the state to the local school boards and he can withhold some of that,” Sears said.

“That doesn’t sound right to me,” Schragger said. “I haven’t seen any credible claim that the governor by himself can withhold state funds that have been allocated to local school districts.”

Schragger said that Youngkin’s posturing is likely an empty threat. Under the Virginia Constitution the governor does not have the power to force school districts to abide by an executive order, Schragger said. The most influence Youngkin has is appointing a Superintendent of Instruction and the Virginia Board of Education who supports the order.

Youngkin may have a better chance of enforcing his executive order once SB1303 (which requires school districts to follow CDC guidance) expires in August. But that, too, maybe difficult with the Democratic-led Senate, Schragger said.

For now, Schragger predicts that the local school boards are most likely on a good legal footing in resisting the executive order.

“I think the law generally seems to be on the side of the districts that want to keep their mandates,” Schragger said.

However, what school systems like Charlottesville and Albemarle could expect are lawsuits from the administration, parents or organizations that want to see the order upheld.

The governor is already receiving backlash from parents. A group of Chesapeake parents filed a lawsuit against Youngkin earlier this week over the executive order. The parents are demanding the state’s Supreme Court block Youngkin’s administration from enforcing it.

The Supreme Court has yet to schedule a hearing.