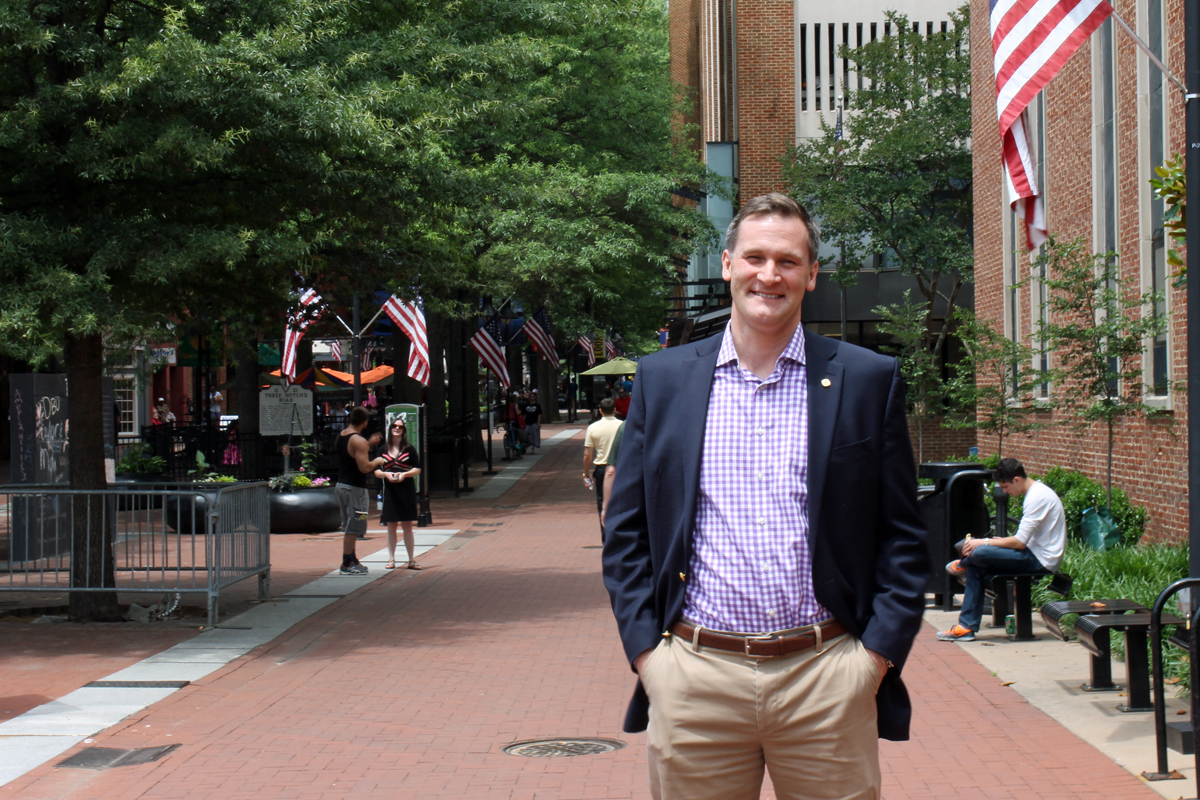 As Charlottesville pushes to identify itself as a city friendly to growing small, technology-centric businesses, entrepreneurs here say their companies face a few important bottlenecks.

First, there is no large, common office space for startups. Experts and company founders say that without an area for entrepreneurs to work side by side and share ideas, the community needed to sustain innovation cannot grow.

Business owners complain that the city currently lacks suitable commercial real estate close to downtown for a startup to get off the ground and large-scale office space for growing companies.

Finally, with a relatively small culture of startups, attracting talented workers to the area has proven difficult.

While those factors are all barriers to a robust network of innovative companies, said David Touve, assistant professor at the University of Virginia’s McIntire School of Commerce, there is no clear set of instructions for becoming an innovation hub.

“If there were three key ingredients, and you put them in a room and get a startup hub, you would have 1,000 startup hubs,” he said. “It takes time and intent and happenstance.”

Touve warned against comparing Charlottesville to cities like Austin, Texas, and Boulder, Colorado. Austin is a capitol city with a large population. Boulder is similar in size to Charlottesville but is very close to the much-larger Denver metro area.

“In some instances, they are comparing completely ripe fruit to things that are still on the tree,” he said. “It takes time for startup hubs to emerge. They very rarely are forced.”

Without healthy public debate, vibrant culture on the Downtown Mall and a commitment to social justice, Signer said, Charlottesville would lose its character.

“My goal is to kind of keep the gas on about innovation, creative economy, tech ecosystem, while also being fully engaged with every other goal that we have that has already made us this incredible city,” he said.

While incubators such as the i.Lab at UVa’s Darden School of Business and HackCville and the Charlottesville Technology Incubator help nascent ideas become fully fledged companies, local entrepreneurs say the area needs a common space for small companies to work and grow.

Kevin Eisenfrats, co-founder and president of Contraline, a biotech firm started when Eisenfrats was a UVa undergrad, said his wish list includes a communal laboratory.

Tim Miano, founder of sp@ce, a technology accelerator and incubator, said the lack of a communal space for startup offices is more than just a speed bump.

Without that infrastructure, he said, business leaders tend to focus on their own ideas and problems, and people to lead the innovation movement as a whole are slow to emerge.

As things stand, Miano said, business sectors tend to form “silos,” microcosms that do not interact with one another.

“It is getting better for the leadership front, and it is getting better, slowly, on the silo front,” he said. “But until such time as there is a physical hub of sufficient size that can allow the co-location of these different parties, it will never get solved.”

Having entrepreneurs in a common space would help solve a key recruiting issue, experts said. With relatively few startups in town, there is little cushion for people who come to Charlottesville to work for a company that ends up failing.

A 2015 Forbes Magazine story estimated that one in 10 startups will survive its first few years.

The constraint, said Rory Stolzenberg, co-founder of Foodio, a website that provides online ordering and menu services for restaurants, is not desire, but space.

“You see a bunch of these different groups in their different little areas of town doing their own thing,” he said. “They would all love to work together because they all have the same goals.”

The second key piece of a strong network of startups, Henry said, is marketing that sends a coordinated message about the area’s entrepreneurial community.

While the Tom Tom Founders Festival has so far done a good job promoting Charlottesville as a hotbed of innovation, said Joel Selzer, CEO and co-founder of ArcheMedX, the area needs to focus on more robust marketing.

That effort, Selzer said, should include compiling resources available to local entrepreneurs.

Selzer, a 2005 Darden graduate, said Charlottesville has come a long way in the last 11 years.

“Where we came from, from my perspective, is where we had a nice ecosystem but without a lot of infrastructure or connective tissue,” he said. “Fast-forward 10 years, and UVa and local institutions have tied the community together to make it more likely to have success stories.”

The missing piece is a well-publicized repository for every resource the community offers.

“There is not a single, go-to online resource that identifies all the connective tissue and how to access it,” he said.

None of that is lost on Signer.

Signer said he has been in talks with business leaders and Albemarle County and UVa officials to promote the area as a tech and innovation hub.

“We need an articulated plan. You develop a message and a brand, you identify the stakeholders who contribute to it and you have a budget and an operational side,” he said. “I would hope that in the next few months, not the next year … you start getting commitments to a plan and a budget. That is the goal.”

If people cannot walk or bike to a coffee shop and to a bookstore, and to an ice cream parlor, and to their innovation-sector job, it is a non-starter.

Leaders at ArcheMedX and WillowTree said the pace of commercial development in town is slower than they would like.

To expand its operations more quickly, WillowTree last year opened a branch in Durham, North Carolina. The company has no plans to leave Charlottesville, said CEO Tobias Dengel, but finding space will be critical to growth.

“In the long term, how fast we grow in each city will be primarily driven by how quickly we can find great talent to join our team and find the real estate [and] parking in central downtown areas to accommodate growth,” he said.

Bringing entrepreneurs together outside of downtown will not work, Miano said.

“It must be located within the context of urban density,” he said. “If people cannot walk or bike to a coffee shop and to a bookstore, and to an ice cream parlor, and to their innovation-sector job, it is a non-starter.”

Though the physical infrastructure for a startup hub does not yet exist, Miano’s goal is to change that in the next few years.

The city, Signer said, is willing to help make a central entrepreneurial space a reality.

“The city could be a huge part in this, from bringing parties together, to the zoning that would go around what this would be, to maybe playing some direct role in this,” he said.

Many of the barriers businesses in Charlottesville face, Touve said, are likely just a product of timing. As companies here grow and others form, the business landscape will change.

In part because of Charlottesville’s size and location, truly becoming a center for innovation and technology will take making connections between Charlottesville, Richmond, Northern Virginia and Washington, Touve said.