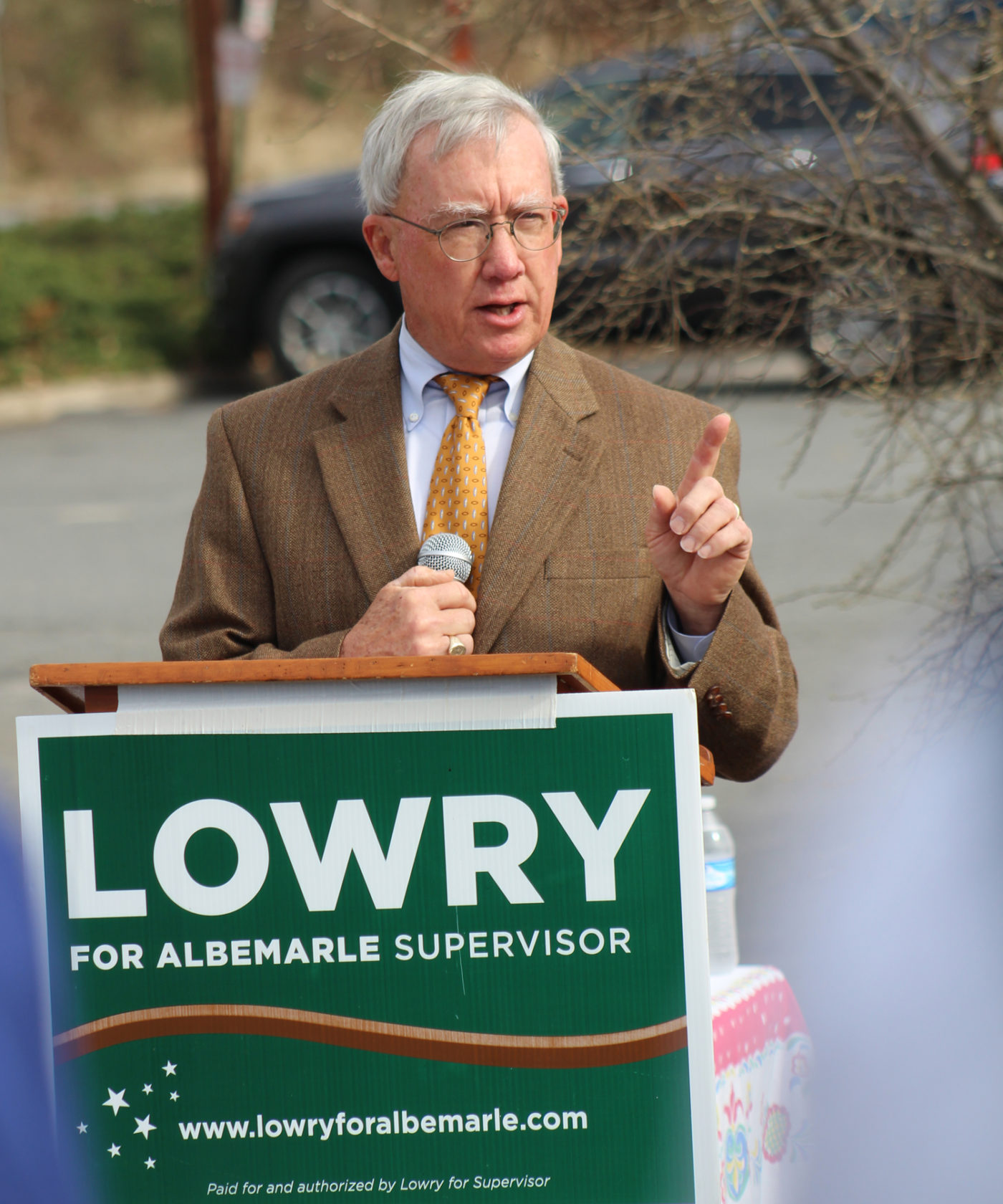 Retired businessman John Lowry has announced he will seek the Republican nomination for the Samuel Miller magisterial district seat on the Albemarle Board of Supervisors.

“Increasingly over the last four years, I’ve felt the Board of Supervisors’ management of the county has been out of balance,” Lowry said. “We need leadership that gets us a better balance.”

Lowry, 69, made his announcement Thursday in the parking lot of the Crossroads Store in North Garden.

Liz Palmer, who was elected to represent the Samuel Miller District in 2013, is seeking a second term but has not made a formal announcement. She welcomed Lowry into the race.

“I think competition is always good in elections because it produces a better outcome,” Palmer said.

This is the second time Lowry has run for the seat. He ran in 2009 as an independent in a three-way race against Democrat Madison Cummings and Republican Duane Snow.

Lowry grew up in Williamsburg and has lived in Albemarle County for over 40 years. He and his wife Nancy raised three children and now have six grand-children. He served for many years on the Albemarle County Economic Development Authority.

Lowry said county government needs to manage its finances better, increase the amount of land available for light industry and do more to promote economic development.

“The record shows that Albemarle County is out front in using land use policies to help the county stay looking and feeling rural, but there is more than only rural landscapes in leading to a better balance in the use of our land,” Lowry said.

Lowry said the county should have done more to attract Deschutes Brewery to a location just south of the intersection of U.S. 29 and Interstate 64. He also stated county government needs to stop relying on increased real estate property tax assessments on homes and must increase revenue from commercial taxes.

“The rate of growth cannot sustain itself,” Lowry said. “The county tax rate has risen four years in a row. Although this year’s budget does not call for a tax rate increase, real estate assessments have gone up on average 2.9 percent.”

Lowry said the county is spending every new dollar that comes in and is not doing enough to save for what he said will be an “inevitable downturn.”

Lowry is the first candidate for supervisor to file paperwork with the Albemarle registrar’s office.

Julian Waters, who is running for the school board in the Samuel Miller district, is the only candidate for that office to have filed paperwork.  If he qualifies for the ballot, he will face incumbent Graham Paige, who is seeking a full four-year term after being elected in 2015 to fill a vacant seat.

Earlier this month, Rio District supervisor Brad Sheffield announced he would not seek a second term. No candidates have yet emerged for the seat. Rio school board member Pam Moynihan has not announced her plans.

Jack Jouett Supervisor Diantha McKeel has not yet said if she will seek election to a second term. The district’s school board member, Kate Acuff, has also not announced her plans.

To qualify candidates for the Nov. 7 general elections, local political parties can choose to hold nominating caucuses or participate in the primary election on June 13. If a candidate for a political party does not have opposition, the candidate must be certified by the party by June 19.

Stephen Davis, vice chair of the Albemarle County Democratic Committee, said that party has decided to hold a caucus for its candidates if necessary.  However, no date has yet been set. Elliott Harding, chair of the Albemarle County Republican Committee, said that party will hold a mass meeting to nominate candidates on May 16 at 6:00 pm in Lane Auditorium in the county office building on McIntire Road.

Independent candidates for supervisor and school board must complete the filing requirements by June 13.