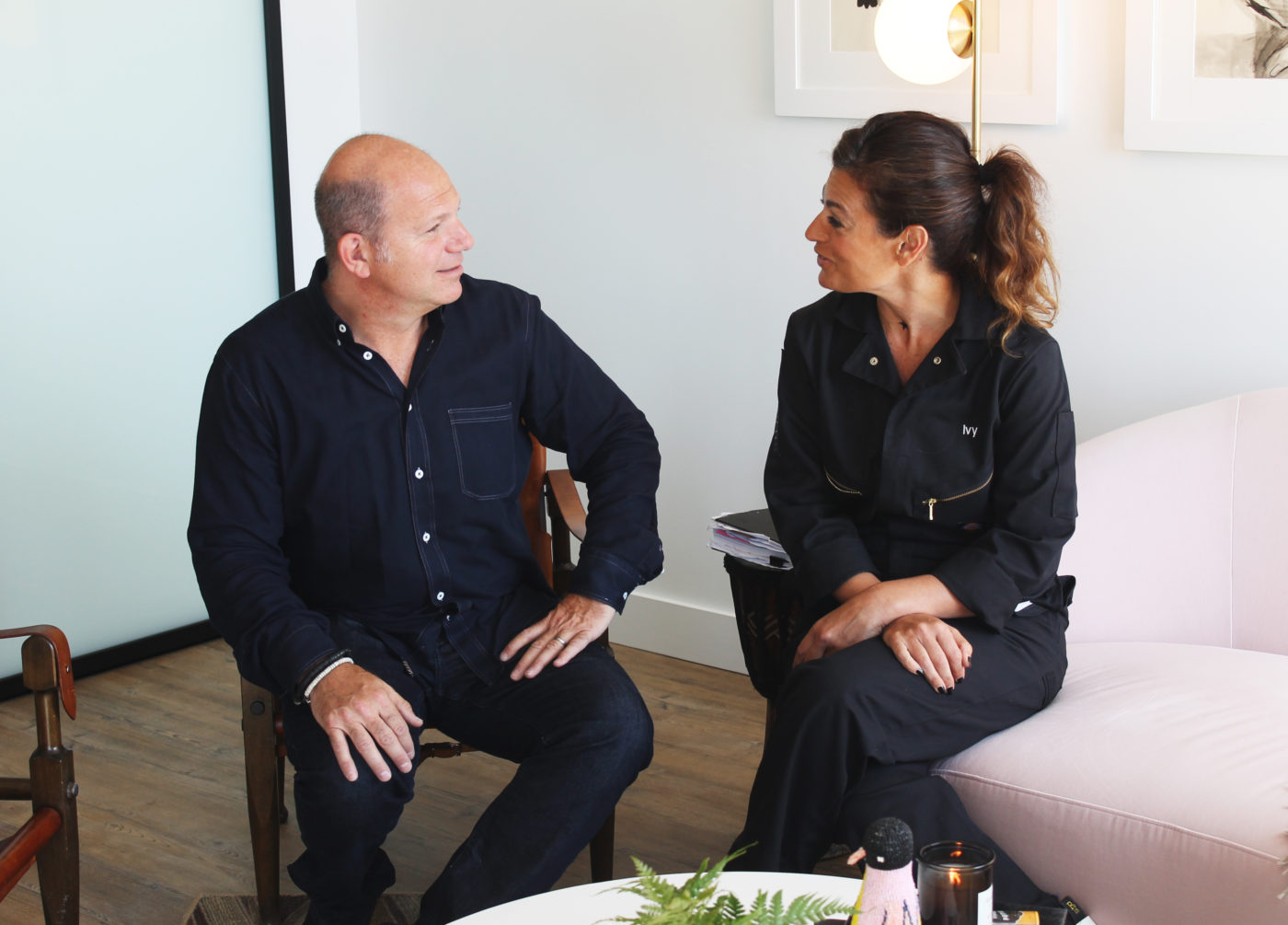 When one pushed the double glass doors into Six Hundred West Main on Friday, the first smell was of plaster. It was hours before the first tenants were moving into the luxury apartment building, and men were touching up paint and wiping down glass in the austere, high-ceilinged lobby.

Jeff Levien, of Heirloom Development, developed Six Hundred West Main under the artistic direction of his wife, artist Ivy Naté. The interior is organized like an art gallery, the halls on each floor devoted to a different artist’s work.

The apartment building wraps around the Blue Moon Diner, as directed by Charlottesville’s Board of Architectural Review. Levien said that he originally had planned to tear down the old diner building but never was going to kick the diner out.

“It’s so fun to be challenged, actually. You don’t enjoy it at first, but … how do you design a building, a big building, around two existing structures?” Naté said. “It pushes you past where your comfort is. It pushes you to think more, and that’s where things get really interesting.”

Levien and Naté met in New York and still split their time between the city and North Garden in Albemarle County. They would not say what percentage of rooms have been leased but said that they have met all of their goals and are very happy.

Residents of Charlottesville’s South First Street public housing have been meeting on Sunday afternoons to plan out their future neighborhood. This week, the group of residents set up stations outside and presented the layout to other neighbors.

Architect Bruce Wardell has been leading the roughly dozen residents through a series of workshops on general concepts, like how to read architectural drawings and specific decisions, like whether residents want apartments or townhouses and what kinds of open space and where should it be located.

At the Charlottesville Community Development Corp. meeting on Monday, Wardell walked the CCDC board through the decisions residents made at each workshop and showed images of how residents independently came to the same conclusions about where to place the different kinds of buildings. The CCDC board is made up of the Charlottesville Redevelopment and Housing Authority board members.

Councilor and CCDC board member Wes Bellamy pointed out that there seemed to be no male residents participating in the workshops. Resident and CCDC board member Audrey Oliver said that the resident designers are hoping to get more men interested with the presentations this week and said that many have expertise in construction that would be useful. 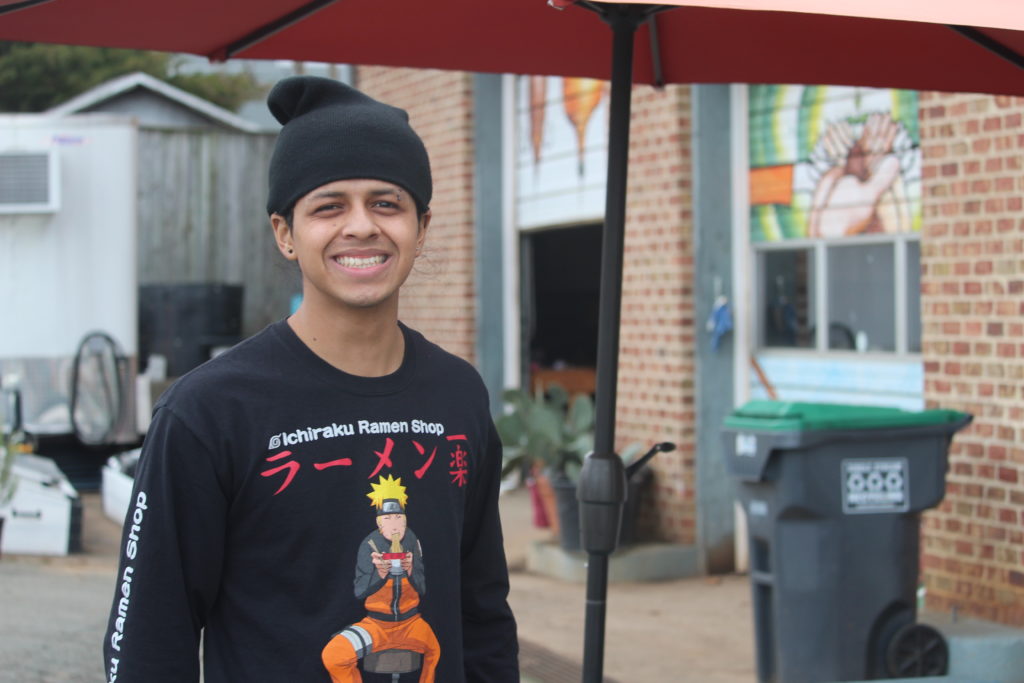 The Charlottesville Redevelopment and Housing Authority may help the efforts to build a “Crossings II,” but proponents of the plan first have to prove it fulfills CRHA’s “Residents first!” motto.

Crossings II advocates, like Councilor and CRHA commissioner Wes Bellamy, say that it will end chronic homelessness in Charlottesville. Like The Crossings at Fourth and Preston, the project would provide subsidized rooms and supportive services like case management and counseling for people who have been homeless for more than a year.

CRHA’s property at the corner of Avon Street and Levy Avenue is a potential location. However, other leaders in public housing redevelopment, like commissioner Audrey Oliver, want to carefully consider whether to give up space to another organization.

To resolve the conflict, CRHA staff will work with the Thomas Jefferson Area Coalition for the Homeless Director Anthony Haro to figure out how many of the 41 people most recently counted as chronically homeless are on the public housing waitlist.

Other questions include whether current public housing residents might be able to use the supportive services and whether it could generate a cash flow for the housing authority through a commercial or institutional tenant. Redevelopment coordinator Dave Norris said that Duke University is paying full rent in a revitalization project in Durham to locate their clinic there. Norris said that preliminary discussions are going on with the University of Virginia to do something similar. 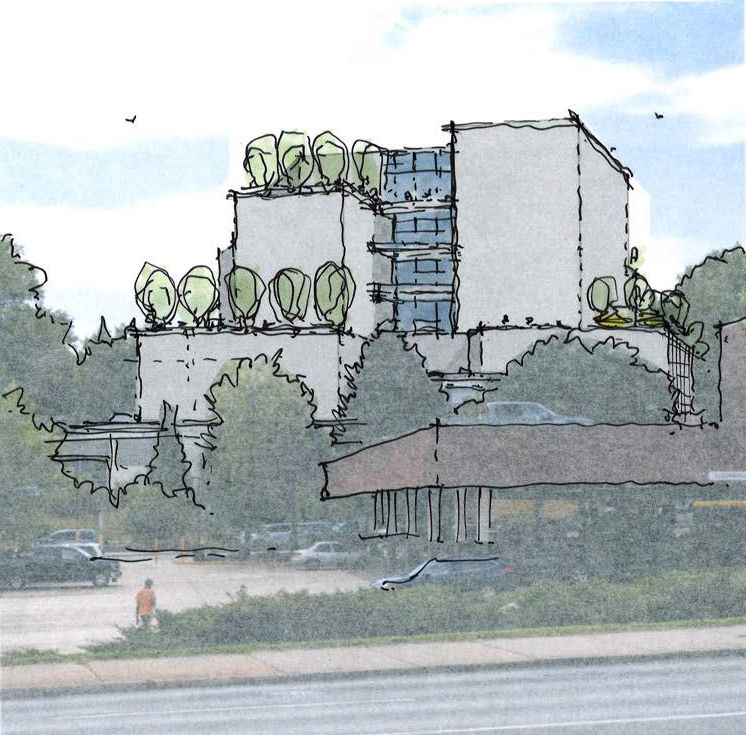 A drawing of how one nine-story building on the Artful Lodger site could look like multiple smaller buildings. This is not a design proposal and the final design may look very different.

The Charlottesville Planning Commission discussed a nine-story building planned near the Omni Hotel for the western end of the Downtown Mall on Tuesday.

Former commissioner Genevieve Keller attended the meeting and mentioned that the Artful Lodger building is one of the last buildings remaining from what used to be Vinegar Hill, a historically black neighborhood demolished during urban renewal. The building was once a grocery store.

Commissioner Rory Stolzenberg asked whether the building might lose housing units with certain designs, while commissioner Lisa Green said there was no guarantee the units would not be something less helpful to the housing shortage, like Airbnbs.

Last week, the Charlottesville Board of Architectural Review recommended the building to the City Council and said that the nine stories could work downtown with the right design. 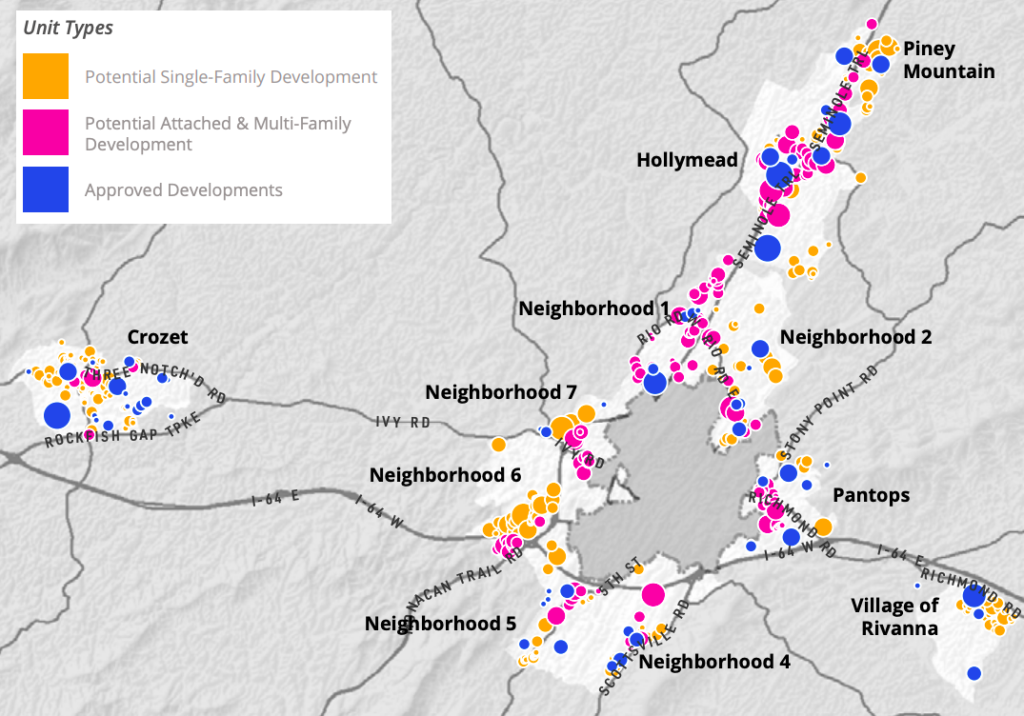 The bubbles on this map represent places where Albemarle County has approved housing or has envisioned more housing through its Comprehensive Plan process. This map excludes the county's rural areas.

Report: Albemarle might not have enough room with current zoning

A report compiled by Albemarle County staff has found that the county might not have enough room to grow with its current zoning.

Albemarle is likely to grow by roughly 30,000 people by 2040, according to recent estimates by the Weldon Cooper Center for Public Service. This is equivalent to an estimated 11,750 new residential units.

The report calculated that there is enough room to accommodate this need without expanding the county’s growth boundaries in most scenarios. However, the county’s zoning is often lower than what is envisioned in its Comprehensive Plan and could mean that there will not be enough housing for the people who want to live in the county’s urban areas.

An inadequate supply of housing would likely mean rising costs for current residents and increased traffic and greenhouse gas emissions as residents move further away, the report said. The report recommended updating the county’s zoning and considering these findings as the county contemplates development projects and infrastructure spending.

This article was updated on Oct. 2 to clarify the location of a Duke University health clinic.