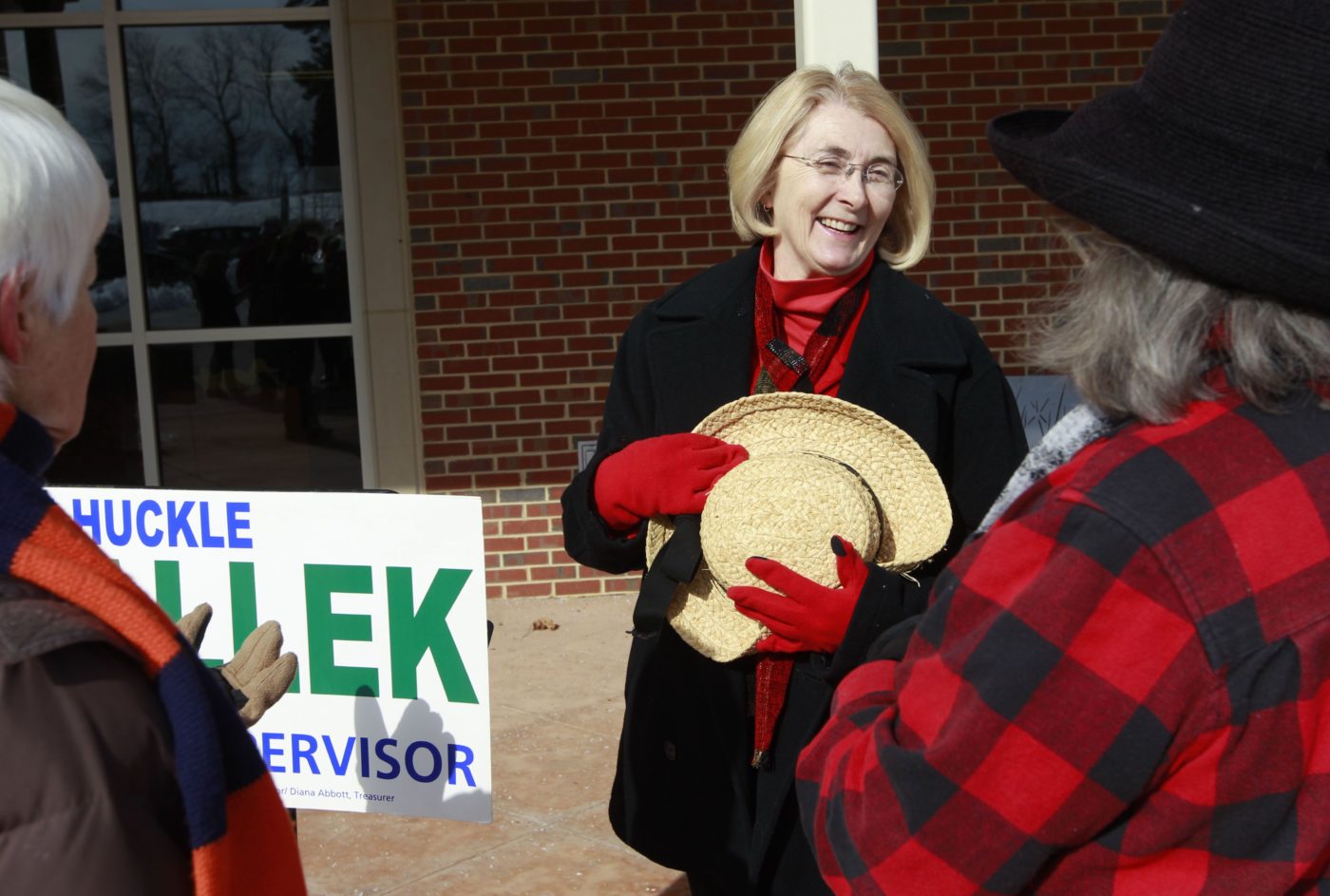 With the new Crozet Library as a background, Earlysville Democrat Ann H. Mallek announced Tuesday that she will seek a third term on the Albemarle County Board of Supervisors.

“I truly enjoy the citizen interactions, the challenging issues and working to find the middle to achieve small steps of progress,” Mallek said.

Mallek, 64, was first elected in 2007 when she defeated Republican incumbent David Wyant. She ran unopposed in 2011.

“We as a community do not have success on the fringes of opinion,” Mallek said. “We succeed when people of different opinions gather together to find what the majority can support.”

Three supervisor seats are on the ballot this November.

Supervisor Kenneth C. Boyd, a Republican, announced in January that he will not seek a fourth term on the board to represent the Rivanna District.

Lawrence Gaughan, who unsuccessfully ran against Rep. Robert Hurt, R-5th, last year, has indicated he will seek the Democratic nomination for the Rivanna seat.

Supervisor Jane Dittmar, a Democrat, has not announced if she will seek re-election to represent the Scottsville District.

No Republican candidates have yet emerged in any of the three races.

Cindi Burket, chairwoman of the Albemarle County Republican Committee, said the county GOP will hold a mass meeting on June 1 to select candidates for local elections.

Mallek is a teacher, activist and farmer who graduated from Albemarle High School in 1967 and received a zoology degree from Connecticut College in 1971.

About a dozen people were in attendance for Mallek’s announcement.

“I really like the way she has represented our community on the Board of Supervisors,” said Sharon Helt, a longtime Crozet resident.

The future of Crozet loomed large during the announcement. Mallek said she has helped to implement many of the amenities outlined in the Crozet Master Plan, a document that calls for a dense residential village built around the library and other public infrastructure improvements.

“It took a huge team effort over many, many years to bring the library to fruition,” Mallek said. “The completion of the Jarmans Gap Road improvements was another item that had been promised since the 1990s.”

Mallek said 4,000 homes were approved in Crozet in the last decade.

“About 2,000 have been built to date and infrastructure improvements are overdue,” Mallek said. She said if re-elected she will help secure funding for improvements such as the extension of Eastern Avenue.

Mallek said the community can still influence how development occurs in Crozet over the coming years.

“Who will we be when we grow up?” Mallek asked. “Is it the artisans, music and local food niche? Will currently home-based businesses outgrow their kitchen locations and be ready to move to a workspace in downtown? What other spaces are needed here?”

Developer Frank Stoner is working on a plan to develop the Barnes Lumber Yard, which closed in 2011. The master plan calls for the land to be redeveloped as a mixed-use area with commercial space and new homes.

Additionally, the former Acme Visible Records on Three Notched Road is expected to be available for adaptive re-use in 2016.

“We have available space for future changes to happen,” Mallek said.

Mallek said she also helped secure the parking lot in The Square, a key ingredient of Crozet’s current and future downtown. She also pointed to the recent completion of a streetscape to help make downtown Crozet safer for pedestrians.

“She has been so supportive of the master plan that we have for Crozet,” said William Schrader, who was involved in getting the county to fund and build the library.

“She understands what we’re attempting to do and her support has been invaluable,” Schrader said.

Mallek said one of her goals for a third term would be to work with the “country crossroads villages” of Earlysville, Free Union and White Hall to develop a policy to reuse historic buildings for appropriate businesses to serve the rural area.

Mallek also claimed success in helping ensure that local needs were met after a new state law required counties to allow events and other expanded uses at farm wineries.

“The growing event industry in the rural areas must be balanced with the quality of life of rural residents,” Mallek said. “If we do our job well, the local food movement should continue to grow and we’ll need more spaces for processing and distribution.”