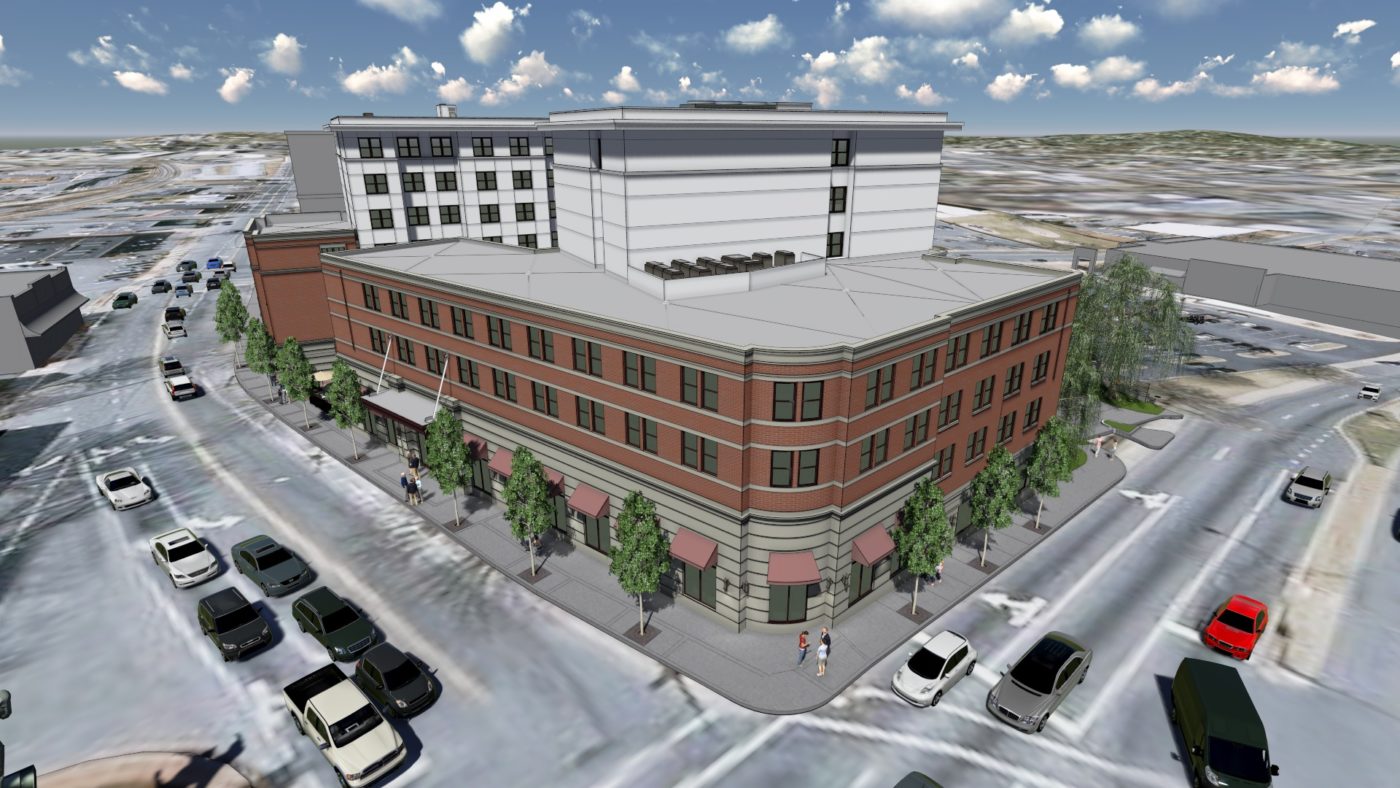 Visualization of the proposed Marriott Residence Inn on West Main

A seven-story hotel slated to replace Random Row Books and City Clay on West Main Street moved one step closer to reality Tuesday evening, when it secured the unanimous approval of Charlottesville Board of Architectural Review.

After watching a video rendering of the hotel—produced by Robert Pineo of Design Develop LLC—board members made only minor critiques.
“It seems a no-brainer to have more windows to the south, facing Monticello,” commented William Adams, chair of the BAR.
But architect Paul Lague said that room configurations made this impossible. Lague is president of LLW Architects, a hotel design company that has partnered with the Charlottesville architecture firm Daggett + Grigg on the project.
Another objection, voiced by board member Tim Mohr, regarded a fence sealing the hotel courtyard off from the street.
“Couldn’t we have something less obtrusive, like a bollard and chain?” Mohr asked.
Lague explained that the fence had recently been added to the plans because he said the hotel developer, Charles Wendell, might open a small beverage bar. One condition of an Alcoholic Beverage Control license is that areas where alcohol is served must be partitioned off.
“If there’s no ABC license, the fence can certainly go away,” Lague added.
The BAR last reviewed the brick-and-stucco hotel in November. Because of concerns about plantings, lighting, and color, they granted only conditional approval.
At the time, Wendell had expressed hopes that construction would begin this spring. Now, Lague says the project could break ground in early fall.
“A lot depends,” he said. An approval from the BAR is simply one less variable to worry about.
Asked how much of an influence the animated rendering had on the board’s decision, Lague said only, “It’s amazing what people see in two dimensions versus three.” 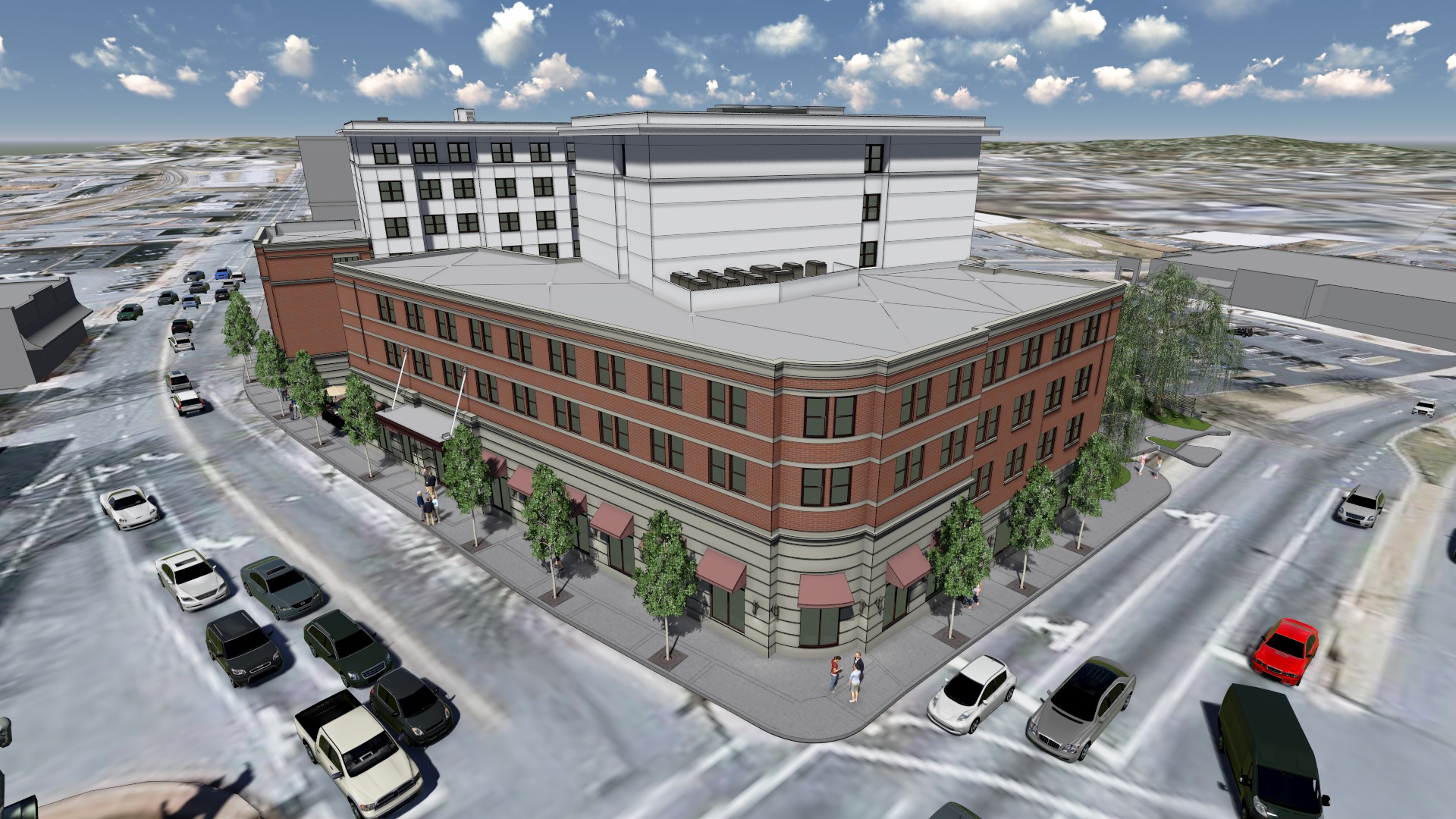