At the southern end of McIntire Park, bulldozers are busy carving out room for an overpass that will carry the U.S. 250 Bypass over Charlottesville’s portion of the Meadow Creek Parkway.

Construction on the grade-separated interchange, which began in mid-March, is expected to be completed in the summer of 2015.

“Four ramps are being constructed along the outside edges of Route 250,” Tucker said. “To build the bridge over McIntire Road, traffic will be split along both ramps and the bridge constructed in the middle.”

According to Tucker, the ramps, plus partial lane shifts and closures on McIntire Road, will allow for construction to proceed with a minimum of disruption.

“No one currently working at the city was employed when the other interchanges were built during construction of the original Route 250 Bypass [in the] late 1950s,” Tucker said, “but it is common to use new pavement sections to … maintain existing traffic flows when building new roadways.”

The shift will occur as part of the second phase of construction, which begins next spring. In addition to the lanes shifting, drivers should anticipate several new sets of traffic signals.

Each intersection receiving the four interchange ramps with McIntire Road will be signalized. Also, in mid-2014, two permanent, synchronized signals will be installed on the Park Street bridge over 250.

The signals have a dual objective. First, by funneling vehicles onto Park Street more regularly, they will prevent backup on the ramps and keep 250 clear. Second, they aim to improve the safety of pedestrians crossing the ramps.

“It was found these signals were warranted due to existing traffic volumes,” said Jeanette Janiczek, the interchange’s project manager. “[They] will not stop traffic on the bypass,” she assured.

Finally, a new entrance to the Charlottesville-Albemarle Rescue Squad between the interchange and Harris Street will be fitted with a special emergency signal.

“The emergency signal will activate by GPS satellite when the responder enters their truck or vehicle and their strobe light comes on,” Tucker said.

Not until the completion of the interchange in 2015 will the city’s half of the Meadow Creek Parkway — known as McIntire Road Extended (Albemarle County’s portion is open and is known as the John W. Warner Parkway) — open to traffic. A system of bike lanes and trails along the parkway also will give cyclists and pedestrians better access to McIntire Park and to the Hillcrest neighborhood.

The McIntire Skateboard Park, which had been located in a fenced lot adjacent to the rescue squad station since the mid-1990s, jumped across U.S. 250 in February. The collection of half-pipes, ramps and grind rails now occupies a parking lot that also serves the McIntire Park wading pool and playground.

Gabriel Montez and Jonathan Pace are regular visitors to the skate park. “The location is good,” they agreed, “but the skate park itself is small.”

According to the recently adopted master plan for East McIntire Park, this will not always be the case. The plan allocates a full two acres — which include the present wading pool, playground and parking lot — to the skate park.

“The city will be in solicitation for a skate park designer and the securing of those services, and the associated design process will take approximately one year,” said Doug Ehman, parks division manager for the city.

In the meantime, the park continues to welcome skateboarders every day of the week. Summer hours are noon to 9 p.m.

Van Johnson, facilities supervisor for Charlottesville Parks and Recreation, estimates that “during the week we average about 25 [visitors] a day and weekends 65 a day.”

Some of these visitors arrive on foot, despite limited pedestrian access. “We have several walkers that use the bypass and a few that come in from the [Charlottesville High School] trail,” Johnson said.

Pace and Montez walk here from the Greenbrier neighborhood, just north of CHS. To cross the train tracks that divide Mcintire Park, they walk all the way to U.S. 250.

Alex Barber, another skateboarder, said that since the park’s relocation, he no longer walks there. “The location itself isn’t the worst part, but it’s hard to access,” he said. “You can’t just go straight down McIntire anymore.”

Chris Gensic, the city’s park and trail planner, said he hopes the new interchange will better accommodate those who walk to the park or would like to. He said a bike and pedestrian bridge that will span the railroad tracks is also planned.

“The bridge will be in place by this time next year,” Gensic said. “A trail will also connect it to Melbourne Road by the high school.” 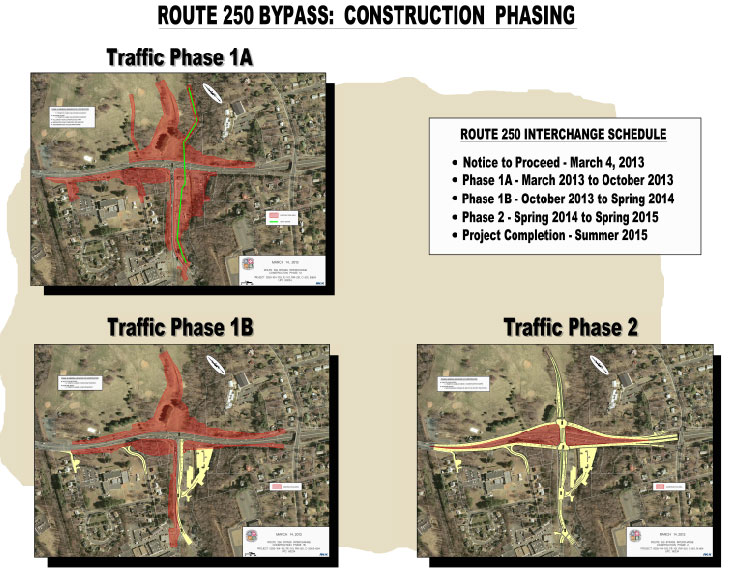