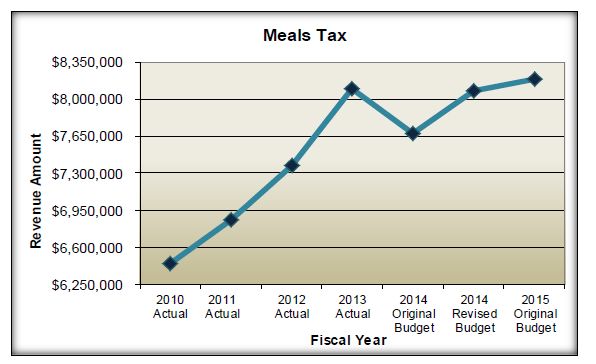 A group of restaurant owners in Charlottesville are preparing a campaign to oppose a possible increase in the city’s meals tax.

“This is a regressive tax that penalizes local customers,” said Peter Castiglione, one of the owners of Maya on West Main Street. “Why should the restaurant industry and other service industries have to take on all the burden of collecting all these taxes for the city?”
Earlier this month, the City Council directed City Manager Maurice Jones to build a proposed budget on a 1 percent increase in the tax paid by customers at restaurants. By doing so, city officials were able to narrow a projected budget deficit.
The meals tax currently is set at 4 percent of a total bill. The increase is estimated to bring in an additional $2.1 million in revenue.
Councilors are expected to hear a formal presentation on the draft budget March 2, and the first official public hearing is slated to be held on March 16. The first vote is scheduled for March 30.
In advance of these meetings, the opposing coalition of restaurateurs met at Maya last week to plan a strategy for how to respond.
“Over the next four City Council meetings, there will be members of the restaurant community speaking during matters from the public,” Castiglione said. “Hopefully, by the time we get to March 30, we will have thousands and thousands of signatures on a petition.”
The online petition had 75 signatures as of Monday afternoon.
In the current fiscal year, the meals tax is expected to bring in $8.2 million in revenue, or 5.4 percent, of the $131.7 million budget. In contrast, the city expects to receive $52.9 million from real estate taxes, or 35 percent of the total budget.
The city collected $4.3 million in the meals tax in the fiscal year 2005, but Castiglione said the increase can’t be expected to continue.
“What council doesn’t realize is that restaurant culture is saturated,” Castiglione said. “Our businesses aren’t growing because there are so many new ones.”
At the Feb. 5 work session, Councilor Kristin Szakos said she wanted a portion of the revenues dedicated to a marketing campaign to explain to restaurant patrons what the additional tax would go towards.
Szakos and Councilor Kathy Galvin are expected to meet with restaurant owners Wednesday morning to explain their case, but Castiglione said he will remain opposed to the increase.
If council does not increase the tax, they will not be able to raise the property tax rate to close a deficit because the deadline to advertise has passed. Keeping the current tax rate is another assumption driving the fiscal year 2016 budget.
The real estate tax rate was advertised last Friday at 95 cents per $100 of assessed value, the same rate as last year, but that represents an effective tax increase because of rising property values.
State law requires localities to publish real property tax increases 30 days before a public hearing if property assessments have increased by a certain percentage. Charlottesville triggered that requirement with a 2.78 increase in property assessments.
Special tax district ordinance
The Downtown Business Association of Charlottesville plans to ask the council to consider an ordinance that would create a special tax district known as a business or community improvement district.
“This ordinance calls for an additional assessment of $0.13 per $100 of real estate value,” association chairman Bob Stroh wrote in a Feb. 9 letter to downtown property owners.
“These funds would be collected by the city and, by the ordinance, returned to a nonprofit group of business and property owners,” he said.
The association says the additional funds would go to pay for additional signage, marketing and other services.
Arlington County has three districts that help pay for additional services in its Ballston, Crystal City and Rosslyn communities. The one in Rosslyn covers a 17-block area and services provided include landscaping, a bus route and assistance to the homeless.
“Similar districts are found throughout Virginia and the United States and are considered a tool for ensuring the continued growth and success of commercial districts,” Stroh wrote in a letter to the council.
Stroh said the additional tax revenue is similar to a fee that commercial landlords can charge their tenants to provide services.
“Every other mall, shopping center and town center collects fees through their lease agreements that support staffing, marketing, events and other services,” Stroh wrote. “The independent businesses in our downtown do not have that mechanism to equitably collect funds to support their similar … needs.”
Stroh said he wants the council to adopt the tax district by April 6 so the new nonprofit can be operational on July 1 and be ready to promote downtown as a holiday shopping destination.
The closest equivalent in the area is operated by the Albemarle County Service Authority. Since October 2012, developers who make new sewer connections in the county’s northern urban area pay an additional fee to fund a pump station at the North Fork of the Rivanna River.
Details of the community improvement district concept can be found at www.downtownmall.org.