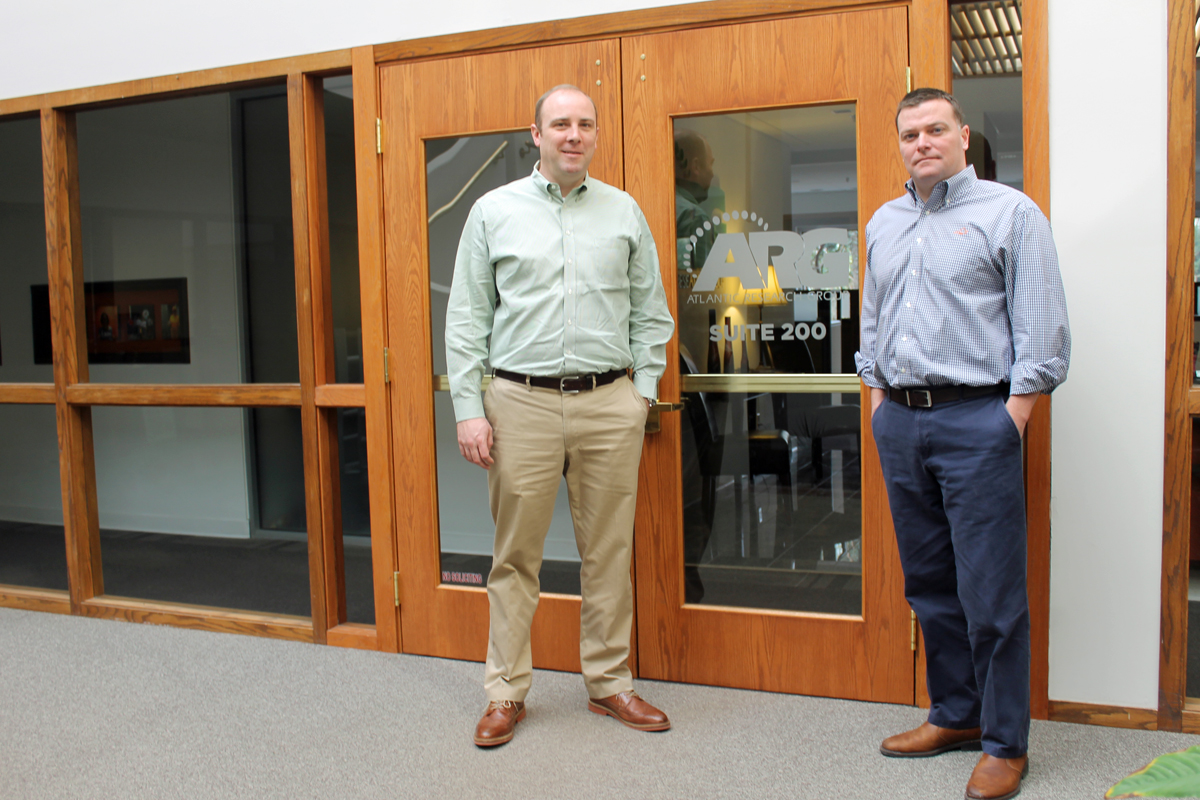 Paul Bishop and Lyle Camblos moved their 30-person medical research company from Staunton to Charlottesville nearly four years ago to be closer to their labor pool and attract new employees.

Since then, the Atlantic Research Group, which manages Food and Drug Administration clinical trials for drug companies bringing new products to market, has added about 50 employees and has no plans to slow down.

On the strength of two recent FDA approvals and two more ARG expects this year, Camblos and Bishop expect to add another 300 to 400 employees over the next five to seven years.

About half of those workers will be based in the company’s offices at the Weedon Center on Ivy Road.

“We have been in business for going on 13 years, and our clients are driving the growth as well as [our work] just growing the company,” said Camblos.

Sponsors of orphan drugs — which treat diseases such as Lou Gehrig’s disease, Huntington’s and Tourette syndrome — are eligible for some combination of federal tax incentives, enhanced marketing rights and patent protections.

“We worked on two drugs that got approved, and most drugs do not get approved,” Bishop said. “Having two drugs approved in the orphan disease space … it makes people take notice of you.”

For ARG, the timeframe in which orphan drugs can get approved — which is generally much shorter than the typical five- to 10-year span — was an early boost.

“That is what really catapulted us from the days of 15 to 20 people to where we are today with 80, and we are hopefully going to get another one or two approved this year,” Camblos said. “That helps exponentially with our ability to sell and grow quicker.”

Moving to Charlottesville was key to accelerating growth.

“We interview people from Raleigh, from Boston, from San Francisco, and Charlottesville is a known quantity, people like it,” Bishop said. “People are open to coming here, more so than even we expected.”

In Staunton, Camblos said, the enthusiasm was not the same.

“When we were in Staunton, which was a great place for getting started and getting going, we found that it was hard to get a lot of people to drive over the mountain,” he said. “As we needed more and more people in the office, there were people who just didn’t want to make the commute from up 29 North all the way to Staunton every day.”