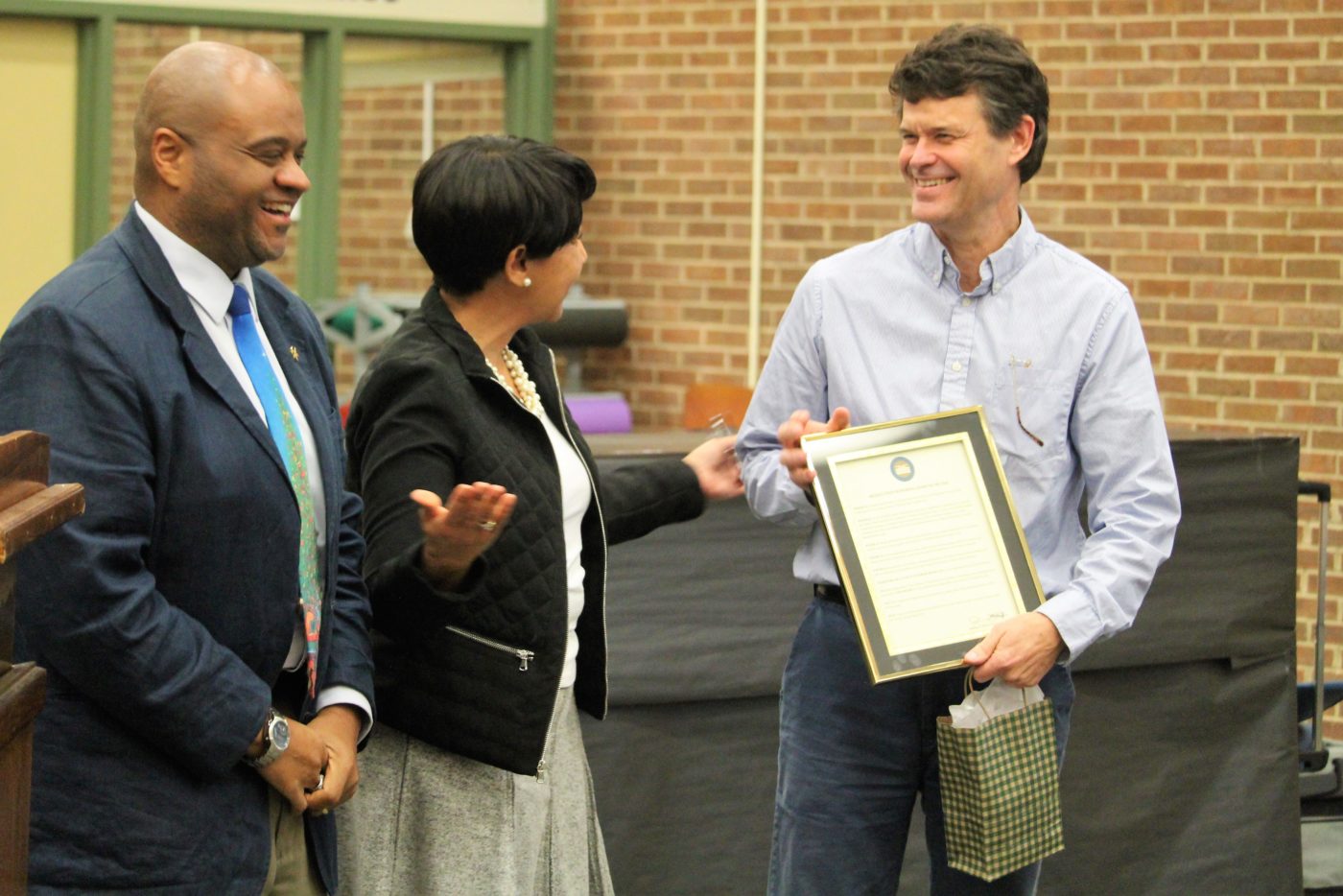 Ned Michie, pictured with School Board Chairman Juandiego Wade and Superintendent Rosa Atkins, receives a copy of a resolution honoring his School Board service.

“My favorite people are people [like Ned] who go out and do what needs to be done,” said School Board member Sherry Kraft. “He doesn’t toot his own horn.”

Michie, an attorney, was appointed to the School Board by the Charlottesville City Council in 2004, and was the leading vote-getter in 2006, 2009 and 2013 when the city switched to an elected board.

“A lot has happened in our division in the last decade or so,” said Michie, currently the board’s longest-serving member. “But as one member of a seven-person board, I really can’t take credit for much of it.”

Michie recalled having to steer the school division through “a very trying year” immediately after his appointment.

In 2005, Charlottesville superintendent Scottie Griffin resigned with three years remaining on her contract. At the time, the school division was failing to make adequate progress on state testing, and its student enrollment was declining.

“That situation led to one decision that really was my best decision: hiring Dr. [Rosa] Atkins as superintendent,” Michie said.

Atkins thanked Michie for his hard work and dedication as a School Board member.

“You pushed, you pulled, you carried, you have thought deeply about every issue that we have faced, and provided incredible guidance on those issues,” Atkins said.

During his tenure on the School Board, Michie advocated for a new preschool program for 3-year-olds, and helped develop a school-based coaching system for teachers’ professional development.

Lisa Larson-Torres will fill Michie’s seat on the School Board next year.