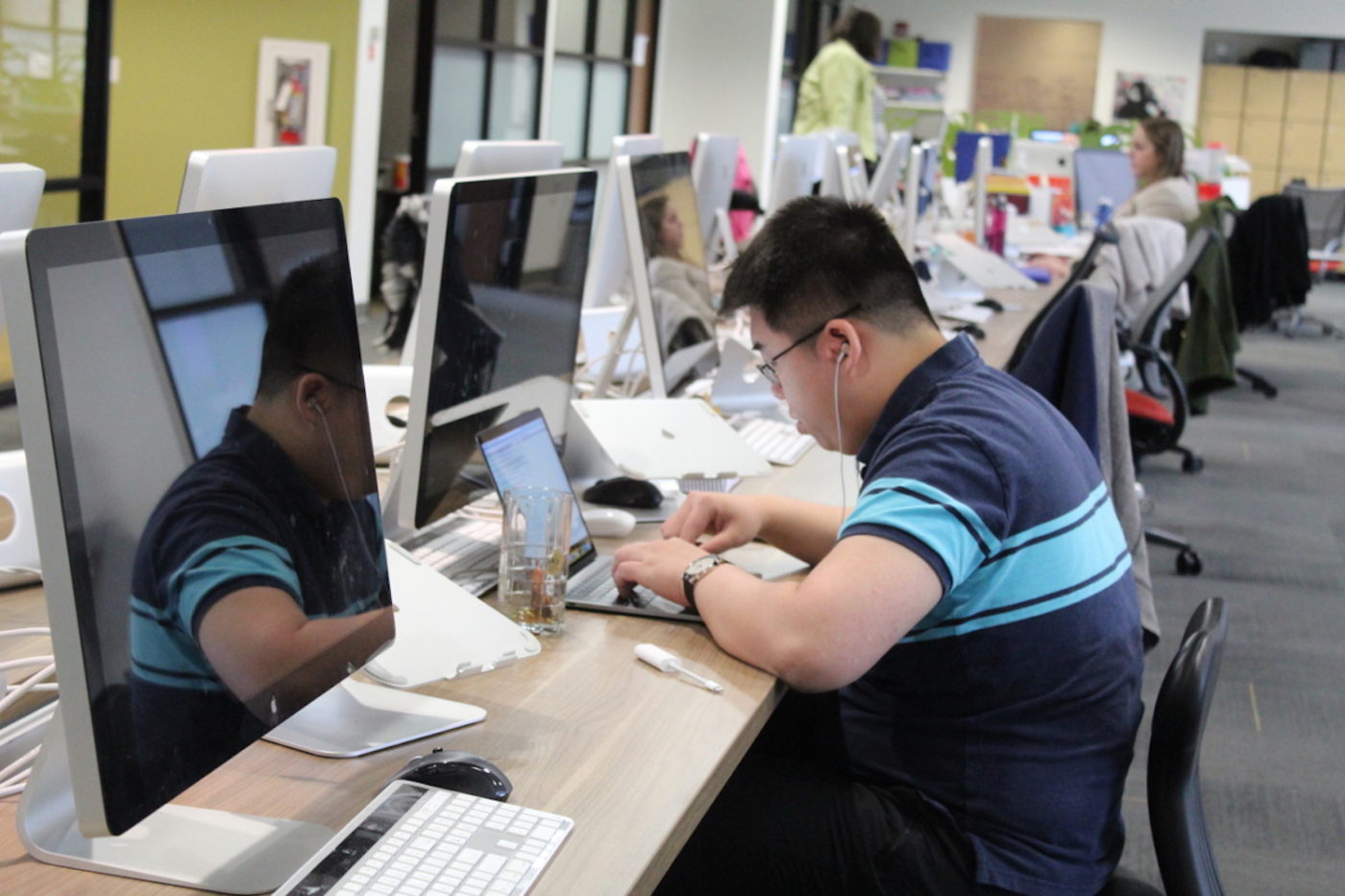 Yuhuai Liu, a software developer at the Center for Open Science, started as an intern for the non-profit two years before he graduated from college.

Some don’t apply for positions, thinking they aren’t competitive enough

Charlie Rogers is at the height of his career.

He serves as CEO of Innovative Software Solutions, a company he founded nearly 15 years ago specializing in custom medical software development. He was named the 2018 Entrepreneur of the Year by the Charlottesville Business Innovative Council. But, as an African American, Rogers is an anomaly in the science, technology, engineering and math workforce.

The report also stressed that “among science and engineering graduates, men are employed in a STEM occupation at twice the rate of women: 31% compared with 15%.”

When you’re an African American, you have to do more. You can’t sit around and expect the same as everybody else. I had to show that I wanted the opportunities.

Research shows white males would apply for a job if they meet 25% of the job requirements, whereas women would not apply for a job if they didn’t meet all the requirements, Banton said. Bluestone staff members also have tried in-person networking with Charlottesville Women in Tech, Piedmont Virginia Community College and the University of Virginia.

“It’s critical in anything to have different viewpoints,” she said.

With more than two decades of engineering experience, Rogers knows about the shortage.

He recommends that employers look for black engineers at historically black colleges and universities — such as Norfolk State University — and hire them as interns.

He said students also need to work to make themselves stand out.

Rogers earned a bachelor’s of science degree in computer science with a minor in math from Old Dominion University in 1993 and interned for GE Fanuc in Albemarle County while in school. He secured a full-time job as a software developer at the company before he graduated.

For instance, he was paid $10,000 less at his first job than other employees, he said. He knows so because they told him. He said he was a first-generation college graduate and didn’t know he could negotiate at the time.

“They were able to take advantage of me in some sense, but I always felt like I was winning,” he said.

He said engineering is a booming industry, noting that part of the shortage of minorities in STEM fields could be that they don’t think they’re competitive enough to apply for the jobs.

He said that nowadays, having access to the internet to research the field they want to pursue can actually put would-be applicants at a disadvantage. They might be reading about the small percentage of blacks who succeed in the STEM field, which can be a deterrent to them to even want to try, he said.

He encourages people to pursue careers in STEM, regardless of any misconceptions.

“We probably hold ourselves back in some sense because we don’t think we’re capable of competing in that industry,” he said.

He stressed that breaking into STEM fields can be tough but said that opportunities are out there. After one year working for GE, he applied for a managerial role at the company. He said that although he was not offered the position, the hiring team was convinced he wanted to work in a management position.

“You’re not going to get the position, but what we do know is that you have the desire to be a leader,” he said he was told. “… We’re going to keep our eyes on you now.”

Two years later, he was offered the management role.

“When you’re an African American, you have to do more,” he said. “You can’t sit around and expect the same as everybody else. I had to show that I wanted the opportunities.”

Chamberlin said the goal is to integrate the lesson into fifth and sixth grade curricula.

“We need support for students — especially for underrepresented populations — to help them get through the challenging problems. … Any kind of exposure we give to all students is essential for them to see what’s possible,” he said.

Chamberlin noted that white males largely dominate the STEM field. This disparity creates problems beyond the workforce. Reports have shown that car companies use male dummies to design cars, he said, which creates a safety issue for women because of the way they design the pedals.

“They’re not taking women into account when they’re designing these cars,” he said. “That’s something that would have been solved if there were more females in their engineering team.”